Are Cryptocurrencies the Future of Freedom and Financial Inclusion in Africa? 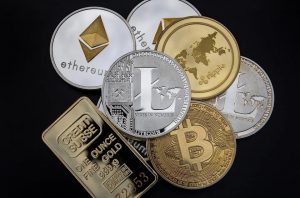 By Daniel Mwesigwa and Thomas Robertson |

Advances in innovation have ushered in new approaches to digital transformation and financial service provision. With the growth in internet connectivity in sub-Saharan Africa, emerging technologies such as blockchain and cryptocurrencies have the potential to advance financial inclusion.

According to the World Bank, sub-Saharan Africa has one of the highest remittance rates in the world. In 2019, 3.6% of sub-Saharan Africa’s Gross Domestic Product (GDP) was derived from personal remittances- a figure over three times the global average. However, the region also has the world’s largest unbanked population, with only 42.6% of those above the age of 15 having an account at a financial institution.

With the bulk of remittances on the continent being peer to peer transfers, cryptocurrencies have the potential to revolutionise remittances between Africa and the rest of the world. Cryptocurrency-based remittances would result in faster transfers, less logistical constraints, and lower transaction costs due to advanced Blockchain technology. Whereas remittances cannot be considered a form of financial inclusion, their potential application to digital currency infrastructures could usher in more inclusive financial infrastructures.

Indeed, in August 2020, sub-Saharan Africa traded USD 18.3 million of the USD 95 million total worth of Bitcoin traded globally in one week – the second highest peer-to-peer Bitcoin trading volume in the world after North America (at USD 28.7 million). While it is argued that Bitcoin trading significantly increased in sub-Saharan Africa due to the need to hedge against the volatility of local currencies amid the effects of Covid-19 lockdowns on local economies, Bitcoin.com’s analysis shows that 86.3% of the volume was contributed exclusively by the continent’s leading economies –  Nigeria, Kenya, and South Africa.

Contrasted against the average weekly mobile money transaction volumes in sub-Saharan Africa of around USD 457 million, Bitcoin’s trading volumes seem dismal. However, it should be noted that since its 2007 debut in Kenya, the M-Pesa mobile money model has been replicated by over 140 mobile money services worldwide. Mobile money itself has positively contributed to financial inclusion on the continent by enabling person-to-person and person-to-business digital transactions, alongside access to savings, credit and investment services via mobile phones. However, it is not without challenges – including high transaction fees and costs associated with interoperability and regulatory gaps. Meanwhile research shows that women are less likely to use mobile apps to conduct financial transactions due to  gender bias in digital financial services (DFS).

Digital currencies are thus arguably positioned as more appealing and accessible alternatives to the status quo. They attract comparatively lower transaction fees and carry less of the bureaucratic burdens prevalent in existing financial systems, even those between neighboring countries. Further, unlike mobile money and traditional currency, which are prone to interference by authorities, most digital currencies such as Bitcoin are resistant to external suppression because they are not controlled by central banking authorities. For example, during the #EndSARS campaign against police brutality in Nigeria, authorities ordered banks and financial institutions to block donations to the Feminist Coalition, one of the organisations charged with coordinating the protests. The Coalition turned to Bitcoin and other cryptocurrencies to circumvent the blockade. Meanwhile in Kenya, despite calls against virtual currencies by the Central Bank of Kenya, there has been an emergence of community-based initiatives for local cryptocurrencies enthusiastically welcomed by domestic users.

In Francophone West Africa, activists are calling for stable, regional currencies independent of European financial institutions that impose economic reliance on the West. Some have speculated that the creation of a regional cryptocurrency based on blockchain would finally emancipate their economic systems from unwanted foreign manipulation. Indeed, the establishment of a legally-recognised digital currency in Senegal – the eCFA – demonstrates that feasibility and a framework for digital currency exists. However, this potential is faced with constraints across the region such as internet disruptions as well as gaps in cybercrime and data protection and privacy legislation Nonetheless, the mobilisation of young enterprises around technological innovation in combination with civil society and government-led innovation in digital economic expansion hold some promise that blockchain utilisation can contribute to Africa’s social-economic development on a country or regional needs basis.

Central banks could either support or develop the blockchain and technology infrastructure upon which third parties could participate, or  sidestep the burden of  technology infrastructure development and maintenance through designing licensing regimes that allow appropriate third parties to issue digital currencies on behalf of their countries. However, to achieve this,  countries must have adequate financial and technology policy, including legislation that incentivises cryptocurrency development, ensures cybersecurity and protects user data and privacy. Furthermore, universal access to the internet and digital services, quality of service provision and infrastructure investments would go a long way in promoting adoption of digital financial technology.

Previous: CIPESA and WBA to Host Roundtable on Digital Inclusion in Africa