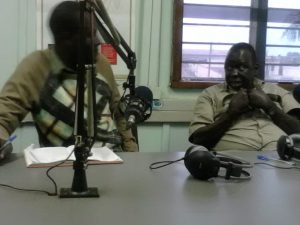 In 2014, the Collaboration on International Policy in East and Southern Africa (CIPESA) in partnership with the Northern Uganda Media Centre (NUMEC) launched a project to make Public Sector Information (PSI) more accessible and reusable by stakeholders such as citizens, civil society and the media in Northern Uganda.

Focusing on the districts of Gulu, Nwoya and Amuru, which bore the brunt of the Lord’s Resistance Army (LRA) insurgency, the project sought to document the status of service delivery in the education, health and infrastructure sectors through the use of Information and Communication Technology (ICT).

In particular, the project set out to document service delivery failures as a result of donor aid cuts to the Peace, Recovery and Development Plan (PRDP), and to generate debate by citizens through community debates, radio talk shows and ICT-based engagements on improving service delivery needs of post-conflict communities.

Initiated by the Uganda government in 2009, the PRDP initiative aims to revitalise the economy and livelihoods of communities in the post-conflict region through efforts like construction of classroom blocks, rehabilitation of roads, constructions of bridges, supply of solar panels, and rehabilitation of health centres. However, the programme has been discredited following allegations of corruption, resulting in a general distrust of its activities by community members familiar with it.

Other activities by CIPESA and NUMEC included building ICT skills and knowledge for citizens and journalists to access and gainfully use open data and PSI to contribute to better service delivery; increasing interactions between citizens and leaders; and promoting greater access to PSI for citizens in Northern Uganda.

Community debates were conducted in the districts of Gulu and Nwoya, enabling local residents to engage directly with local leaders, PRDP officials and the media. During a community debate in October 2014, residents of Acet in Odek sub-county in Gulu reported that they were not informed about the PRDP activities in their locality.

He added that it is such lack of sensitisation that makes the people not to monitor projects implemented in the area. “They do not know who will monitor and take care of PRDP projects, that is why when projects like water boreholes are constructed in the area, people look at it as freebies from either the government or NGOs,” he said.

Proceedings of the community debates were recorded and broadcasted on Mega FM, a local radio station with an estimated reach of 1.6 million listeners. Also two video recordings of the community debates were produced, in addition to two 15 minute documentary videos capturing the service delivery challenges under PRDP. They were shared during the project dissemination meeting held in November 2014. The videos show shoddy works, lack of coordination among project implementers, incomplete projects and inadequate funds are some of the challenges affecting the success of the PRDP.

Furthermore, talk shows were conducted on Mega FM.  Through call-ins, listeners gave recommendations and opinions while others asked about the various stalled projects in their communities.

The first talk show held in July was attended by the Nwoya district Chairman, Patrick Oryema, the Chairman of Purongo Sub – Country, Francis Okumu, and the PRDP focal person for Nwoya Geoffrey Akena and members of the NUMEC team. The program focused on seeking further explanations on the failures on the PRDP from the officials.

The district officials pointed to the fact that some of the cases are currently before the Inspector General of Government (IGG) and that the district was trying to come up with a directive to allow them not to pay contractors until their work is completed.

As a result of the community engagements, awareness of stalled projects under PRPD has increased and local people are now able to make follow ups on reported cases. For instance, the Gulu district Chairperson – Martin Mapenduzi was prompted to visit one of the documented schools, Awoonyim Primary School, to find out more about the stalled school project. However, at the time of this reporting, we were unable to establish the immediate outcome of the chairperson’s visit to the school.

The NUMEC-CIPESA partnership is in the context of the iParticipate Uganda initiative as part of the ICT4Democracy in East Africa network, supported by the Swedish International Development Cooperation Agency (Sida)

Next: Advancing the Right to Information Amongst Ugandan Journalists