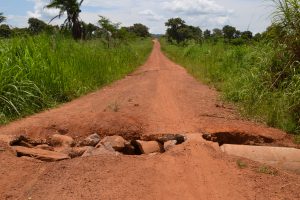 Between March and July 2014, the Collaboration on International ICT Policy in East and Southern Africa (CIPESA) in partnership with the Northern Uganda Media Centre (NUMEC) launched a project to document service delivery failures as a result of donor aid cuts to the Peace Recovery and Development Plan (PRDP) in Northern Uganda. 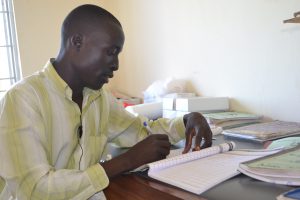 Focusing on the districts of Gulu, Nwoya and Amuru, service delivery failures under the education, health and infrastructure sectors were documented through Information and Communication Technology (ICT). Shoddy works, lack of coordination among project implementers, incomplete projects and inadequate funds are some of the challenges affecting the success of the PRDP.

Launched in 2007 in consultation with development partners, the PRDP was set up to consolidate the state authority, rebuild and empower communities, revitalise the economy and promote peace building and reconciliation in post-conflict Northern Uganda. The plan covers 55 districts and 9 municipalities. Although implementation begun in 2009, the PRDP has been dogged by corruption scandals and inadequate information on progress. The second phase of the PRDP which began in July 2012 and is due to end in June 2015, has faced similar challenges culminating in the suspension of support from key donors as a result of misappropriation of funds by officials under the Office of the Prime Minister.

In the education sector, the CIPESA-NUMEC documentation found that one school – Awoonyim Primary School in Patiko Sub County Gulu district – is reported to have received funding for the construction of a teacher’s housing unit, two classroom blocks and supply of sixty desks in the PRDP of 2009/2010. However, during field visits it emerged that the classrooms were poorly constructed while the housing unit construction was abandoned midway by the contractor without any explanation to the school administration. In another case, a vehicle meant to assist the District Education Officer in monitoring school activities was never procured despite a budget allocation of 80 million Uganda Shillings (UGX) under the 2010/2011 financial year under the PRDP.

The Kaladima Guru- Guru is one of a few main roads in the area. The broken culvert has rendered the road impassible for vehicles.

On the transport infrastructure front, the construction of the 70 kilometre (km) road linking Guru-Guru to Pabbo, a main entry in Lamogi Sub County in Amuru district, had been abandoned by the contractor. The road is impassible during the rainy season thus cutting off the communities from each other. The contractor had also not paid off locals who were employed during the construction. Atkinson Ojara, the Sub-County Chairman of Lamogi, attributed the road construction challenges to poor communication between sub-county officials.

The overall objective of the CIPESA and NUMEC partnership is to make Public Sector Information (PSI) more accessible and reusable by stakeholders such as citizens, civil society and the media in Northern Uganda. This involves repackaging information availing it online, in print and over radio,generating evidence on the impact of information access and use on transparency and accountability.

Other activities have included building ICT skills and knowledge for citizens and journalists to access and gainfully use open data and PSI to contribute to better service delivery; increasing interactions between citizens and leaders; and promoting greater access to PSI for citizens in Northern Uganda.

This work is supported by the Swedish Programme on ICTs in Developing Countries (SPIDER) and is part of the ICT4Democracy in East Africa project.

Next: Internet Governance in Uganda