Can the media help save the Peace Recovery and Development Project? 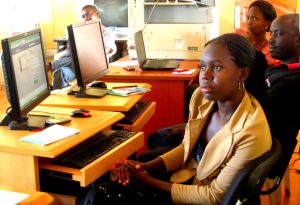 In early July, the Collaboration on International ICT Policy in East and Southern Africa (CIPESA) met with members of the Northern Uganda Media Club (NUMEC) to discuss the Peace Recovery and Development Project (PRDP). First launched in October 2007, the PRDP sought to improve livelihoods in post-conflict Northern Uganda. Its stated objectives were to consolidate state authority, rebuild and empower communities, revitalise the economy, and to promote peace and reconciliation.

Individual projects to achieve these objectives included enhancing the rule of law, providing equipment and logistics to strengthen law enforcement, build and staff health centres, schools, and building roads, bridges, and market facilities. The plan also claimed that in the process, it would prioritise according to the concerns of the communities within which it was working.

To date, many feel that the ambitious program has not lived up to its hype and has instead been in a state of ongoing corruption and mismanagement of funds. NUMEC members presented cases of mismanagement and poor oversight, leading to devastating results. In particular, many of the contractors who were awarded construction projects implemented sub-standard work, with structures and roads crumbling after only a few years of use. NUMEC cited one example of a health centre that functioned as no more than an abandoned home once winds blew off the poorly constructed roof.

NUMEC trains journalists on how to track and report the progress of the PRDP in Northern Uganda.

In other cases, contractors simply did not finish the project, cashing their cheques and abandoning the communities with half-built structures. In one such case, teachers at a PRDP-funded school are still living in overcrowded and poorly sanitised conditions, four years after permanent lodging was supposed to be built. One problem is that there is little or no accountability and oversight on these projects.

Another problem has been that of visibility. One reporter noted that citizens have difficulties knowing which programs are part of PRDP and which are non-PRDP development initiatives. The PRDP does not adequately advertise its proposed projects, so citizens may not even be aware that they should be expecting a service. When citizens are unaware of what promises the government is making to them, they have no reason to be upset when said services never appear. It leaves the government unaccountable for its actions, and wastes public funds. Without transparency on proposed projects, the people have no way to demand accountability.

The increased pushes for open data have, however, helped. For example, the PRDP has a website on which the Office of the Prime Minister – the initiative’s coordinating office – publishes budgets, workplans and reports. However, the danger in such pushes for “transparency” is that it can allow for complacency. Having marked the check box for open data, the government can avoid true accountability. Not all citizens posses the technological skills or resources to access the data and understand it. For many, the information might as well be in a different language, and in the most rural areas, where use of the English language is not as widespread, it is.

This is where the media can come in. The media serves as an intermediary between the government and the people. When the government provides the information, the media ought to have the tools to interpret the data, and turn it into something meaningful for its consumers. While rural populations may not have consistent access to the internet or social media, journalists have the opportunity to take the information from such sources and transmit it through more ubiquitous technology, such as print and radio.

With the availability of new technologies like geospatial analysis and infographics come new opportunities to tell simple, yet powerful visual stories with the data. Providing citizens with information empowers them to make better demands from public officials. As one journalist noted, “even if major news sources do not want to pick up a story, if the social media and grassroots sources generate enough buzz, they force the story to the forefront.”

This is not to say that the media should only focus on watchdogging. Reports on failures or mismanagements are important, but if the media only concentrates on the negative surrounding PRDP, it risks disengaging the public. For the public to be actively engaged, it needs to believe in the capacity for PRDP to succeed, and it especially needs to believe that its voice will be heard and that administrators will be responsive to demands. This necessitates, then, that the media seek out and also report on success stories. A hope for improvement is just as necessary to transparency as the recognition of failures.

The PRDP has the potential to help shape Northern Uganda’s recovery process, but it requires diligence from the government, the media, and citizens. It is within the power of citizens to force accountability from the government, but only if they have the right information. This is where the media can make a difference: by taking the data provided by the government, and making it relevant for the people, the media can keep the public eye on PRDP projects, both for its success and its shortcomings. The tools are there, it is only a matter of using them.

Members of NUMEC received training on the use of geospatial analysis tool, ArcGIS carried out by AidData Summer Fellow Emily Mullins who was stationed at CIPESA during June – August 2014. She holds a Masters in International Affairs from the George Bush School at the Texas A&M University, USA.

Next: ICT4Democracy in East Africa Network to Participate in Inaugural Buntwani Conference