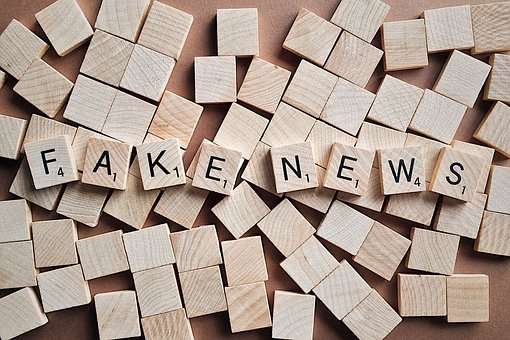 By Jimmy Kainja |
Malawian lecturer and  blogger, Jimmy Kainja participated at the Forum on Internet Freedom in Africa 2017. He shares some insights on fake news and internet shutdowns post the Forum.

In 2016 after attending my first Re:publica, a techie conference in Berlin, I wrote of a need for Africa to have what I called a “collective thinking space” where like-minded actors on the African continent would converge to share ideas and inspire each other. The Forum on Internet Freedom in Africa, 2017 (FIFAfrica17) which was held in Johannesburg, South Africa which I recently attended was the type of gathering that I wrote about in 2016.

Organised by Corroboration on International ICT Policy for East and Southern Africa (CIPESA) and co-hosted by the Association for Progressive Communication(APC), the peak of FIFAfrica17 was the launch of two important reports by CIPESA: State of Internet Freedom in Africa 2017 and the Cost of Internet Shutdowns in Africa. The reports highlight how influential new technologies, specifically the Internet have become in African politics over the years. Speaking at the Forum, Google’s Fortune Mgwili-Sibanda, observed that not withstanding the low Internet penetration rate on the continent, the Internet today has become important to African politics in a similar way that broadcasting was in the age of coups in Africa.

State broadcasting stations were always among the first institutions to be ceased by successful coup leaders so they could announce their victories and spread propaganda. Today, noted Mgwili-Sibanda, authoritarian states are quick to shutdown the Internet to maintain power and control. The age of the Internet has arrived in Africa and it is only right that Africans engage with new technologies critically – FIFAfrica17 provided that space.

Apart from critical issues concerning security and gender equality online, cost of the Internet, freedom of expression, access to information and privacy online, there were two specific issues that stood-out for me: “fake news” and of Internet shutdown. “Fake news”, perhaps I happened to sit on its discussion panel and Internet shutdowns because for the first-time I got to meet people who have directly been affected by fake news and they spoke passionately about it.

Some thoughts on these two issues:

We must first understand that the central problem with “fake news”, and this is why it matters, is the centrality of access to information in democratic societies. Information is a pre-requisite for citizen’s public participation, and meaningful public participation can only be realised when citizens have accurate and critical information. This can only be realised through free and independent media providing accurate and verified information, not “fake news”.

Of course “fake news” has always been around in various forms and guises – it is still the same today. There are “fake news” producers only using it as click-baits, the motive here is nothing more than monetising. Then there is “fake news” informed by cultural myths – in Africa, certainly in Malawi where I come from, you always have media reporting on cases such as witchcraft planes having landed somewhere, is this not “fake news”? Then the most critical one: deliberate “fake news” aimed at deceiving the audience, harming someone, maintaining or attaining power.

The first version of “fake news” is likely to drift away as society figures out this disruptive technology. The second version is harmless – societies are bound and they exist by cultural beliefs and myths. We must be worried with the third version of “fake news” as it is politically motivated and its consequences have a greater impact in society.

In some cases there is nothing that media institutions can do to stop the spread of “fake news”, and this is one of the reasons that the “fake news” phenomenon is technology specific – the Internet. Yet, this also emphasises the critical role that journalists have in ensuring that the public have access to accurate and credible information.

Verification and fact-checking in journalism have never been so important. It is also the only way that journalism is going to maintain its credibility intact. As the saying goes, it is better to be late and accurate than break inaccurate or incorrect news.

The cost of Internet shutdowns is colossal as indicated in the report launched at FIFAfrica17. Yet, for paranoid political leader trying to maintain control and power, there is no price that cannot be paid.

But then it is crucial to appreciate that Internet shutdowns involve two players – government and service providers. Governments are interested is shutting down the Internet to close off citizens expressing their dissatisfaction and misgivings about the government. While service providers have to abide by government orders or risk loosing operating licenses. Service providers are not charity organisations – their prime motive is to make profits.

This leaves civil society to battle for open and accessible Internet for all, against the collusion between governments and service providers. Gatherings such as FIFAfrica17, though seemingly techie niche, are thus very important for activists, civil society groups, academia etc. to bang heads, share experiences and chart the way forward.

If everything in the past has failed to bring about African consciousness and solidarity among the huge diversity of Africans then Internet is proving an exception. According to a 2015 Portland Communication study, “Africa Tweets” the political #hashtags in Africa show that there is more solidarity among Africans online – or at least on Twitter. South Africa’s #feesmustfall hashtag was more popular in Egypt than South Africa itself, for example.