This year’s edition of the Forum on Internet Freedom in Africa (#FIFAfrica) will held be in Johannesburg, South Africa, on September 27-29, 2017. This expands the physical footprint of the Forum which has since inception in 2014 been held in Kampala, Uganda. We are also excited about hosting #FIFAfrica alongside the Association for Progressive Communication (APC).  See:  Save The Date

#FIFAfrica in 2016
In September 2016, the Collaboration on International ICT Policy for East and Southern Africa (CIPESA) hosted the third edition of the Forum on Internet Freedom in Africa. We expanded on the number of countries we conduct research in on the state of internet freedom as well as broadened the discussions that form the pillar of the Forum.

In 2015, the Forum brought together 200 human rights defenders, journalists, government officials, bloggers, developers, and representatives from academia, the arts community, law enforcement agencies, and communication regulators from 18 countries. This is in contrast to the inaugural 2014 forum, which hosted 85 participants from six countries. 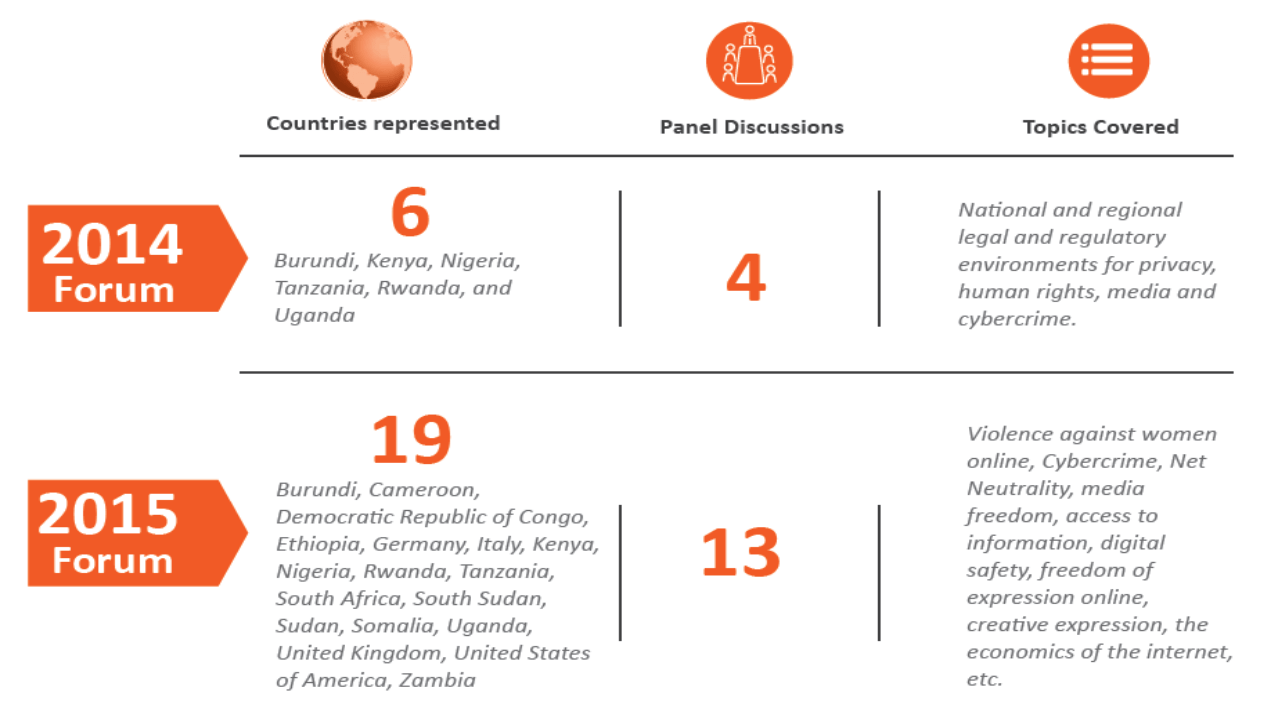 Why a Forum on Internet Freedom

As internet use has risen in Africa, so have the abuses and attacks on internet freedom, including a proliferation of laws, legal and extra-legal affronts, as well as limited judicial oversight over surveillance and interception of communications.

A key feature of #FIFAfrica is the assembly of discussions that take place and how each of these influences the work onwards of many of the participants present at the forum. The topics explored to-date include discussions around the growing presence of online violence against women (VAW), whose magnitude and manifestation is not clearly known, as most cases in Africa go unreported; combating hate speech and violations of freedom of expression including during periods of electioneering; empowering media as infomediaries and advocates of digital rights whilst also recognizing them as a vulnerable group; advocating for increased judicial oversight over surveillance and interception of communications; bridging the gap between techies and HRDs; the need to address gaps (policy and legislative) in the right to privacy; and continued capacity building and awareness raising among citizens, media, human rights defenders and activists on the appreciation of digital safety tools and practices.