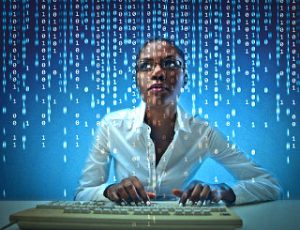 On March 8, International Women’s Day was marked across the world under the theme “Make It Happen.” The OpenNet Africa initiative, which monitors and promotes internet freedom in Africa, participated in a series of online discussions focused on women in the digital sphere.

A shared theme across all discussions to mark the day was the call for greater protections of women’s rights both online and offline. Many of the disadvantages faced by women offline have been transferred online, leaving many excluded from the information society, while those with access are sometimes targets of online hostility, such as gender based reputation and privacy attacks. In Africa, a key offline disproportionality is the education level and in turn ICT literacy variance between men and women.

ALL stakeholders, from govs to end-users, must actively participate in enhancing Internet governance for vulnerable groups #WomenOnlineEA

Pan-African efforts such as the African Declaration on Internet Rights and Freedoms call for the creation and promotion of online content that “reflects women’s voices and needs, that promotes and supports women’s rights – in order to address existing gender inequalities and encourage active participation and empowerment of women via online spaces.” The Declaration recognises the need for mechanisms that enable the full, active and equal participation of women and girls in decision-making about how the Internet is shaped and governed.

@OpenNetAfrica in #Tanzania, the April Parliamentary Session is expected to have a bill that ‘might’ do! @endalk2006 #WomenOnlineEA — Jamii Forums (@JamiiForums) March 9, 2015

On March 7, the Unwanted Witness and the Women of Uganda Network (WOUGNET) held a twitterthon using the hashtag #WomenOnlineEA to highlight and create awareness on the important role women have played in the development of Uganda through ICT.

Using the hashtag #ICT4Women and reflections from a report titled Cyber Infrastructure: A Women’s Issue Too!, the discussions focused on the impact digital communications have had on women globally and in Uganda. According to the report, as ICT access and use increases in Uganda, a balanced ICT policy that includes women as key stakeholders should be pursued.

The sentiments of the twitterthon were echoed during a post-International Women’s Day twitter chat held amongst OpenNet Africa partners including Jamii Forums (Tanzania), East & Horn of Africa Human Rights Defenders Project (EHAHRDP) and experts from Ethiopia and Burundi on March 9. This chat used the hashtag #WomenOnlineEA and also touched on issues discussed during Safer Internet Day which explored Promoting Online Safety in Africa on February 10.

Participants in this chat concluded that efforts to increase internet access for women should be complemented with the fundamental rights to privacy, access to information and data protection as some of the key requirements of internet freedom. Increased mobile phone access in particular was pointed out as a key driver for inclusivity and participation online for women.

According to the 2014 State of Internet Freedom in East Africa report, increased mobile penetration has contributed towards more internet users. Conversely, women on average are 14% less likely to own a mobile phone than men, according to a  recent GSMA report which also indicates that despite women seeing value in mobile phones as life enhancing tools, there are 200 million fewer women than men owning mobile phones globally.

Throughout the discussions, participants shared reports and insights on internet freedom from their respective countries in what is an increasingly transforming area in the region. See A brief look into Internet Freedom and women in East Africa for a summary of the twitterthon.

Next: Is Kenya Putting the Chill on Internet Freedoms?