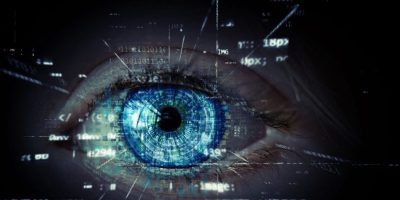 In many countries across Africa, identity systems have largely been paper-based. It is estimated by the World Bank that at least 500 million people in Sub-Saharan Africa lack proof of legal identification. In order to bridge this gap, several countries have adopted some form of digital identity (ID) system for civil registration, including birth, national IDs, voting purposes, incorporating biometrics such as fingerprint, facial or iris recognition as a form of authentication. Indeed, the systems have gained popularity given their benefits as part of digital transformation journeys to promote accessibility, efficiency, and transparency in service delivery – in health, migration, education, social security, and elections.

Lesotho’s national ID has so far covered 85% of the eligible population. Mozambique has a digital ID card with a Unique Citizen Identification Number (NUIC), assigned during birth registration. This national identification number is used on NID cards, health cards, driver’s licenses, and passports. The country also has the National Immigration Service (SENAMI), for its immigration system for travel documents and residence permits; as well as the Electronic System for Civil Registration and Vital Statistics (e-SIRCEV) for civil registration.  Birth certificates are a prerequisite for obtaining NIDs. The NID is valid for five years for individuals below 40 years of age and valid for 10 years for individuals between the ages of 40 and 50 years.

Tanzania introduced its biometric national ID programme in 2013 and started issuing cards in 2016..  As of 2020, at least 22.1 million individuals or 80% of the adult population had been registered for the National Identification Number (NIN). Also, mandatory SIM card registration requires the collection of fingerprint data in addition to official documentation such as national identity cards, birth certificates, driver’s licenses or passports.

In the early 2000s, the  Zimbabwean government introduced biometric IDs by the then Registrar General, Tobaiwa Mudede, as a formalised transition to reportedly enhance issues of e-governance. Unfortunately, there was very limited publicity and awareness on this transition, as well as transparency about the tendering and procurement processes. In 2018, the government also adopted a biometric system for the registration of voters, and for the registration of civil servants in 2019.

It is worth noting that these systems, despite their benefits, present risks which were previously not common in paper-based identity systems. Some common risks to digitalised personal data include data breaches, surveillance, misuse of personal information, unwarranted intrusion, and financial harm. These risks may be amplified in the absence of comprehensive policy, legal and institutional frameworks for privacy and data protection. Notably, even where laws exist, if they are weak, fragmented, outdated, poorly enforced, lack strong and independent oversight mechanisms, or fail to provide effective remedies, the risk of harm to the data collected is heightened.

Also, the use of centralised databases, weak information-sharing safeguards, and the lack of transparency and accountability in the management of identity databases have been documented as loopholes that could inevitably create opportunities for abuse by state and non-state actors with access to the information.

Furthermore, the incomprehensive implementation of biometric digital ID programmes could entrench digital exclusion and discrimination of vulnerable groups, such as the elderly and refugees, from accessing government services due to lack of a national ID as the case was in Uganda. In Zimbabwe, the country’s Human Rights Commission’s (ZHRC) inquiry into access to documentation revealed that there is often neglect and marginalisation of people living with disabilities and members of minority groups. In Mozambique for example, studies showed that citizens who live in remote areas are more at risk of exclusion than others, as they have to travel further, and possibly a number of times, to complete the registration, and thus, bear higher costs.

Whereas having data protection laws is critical, African countries should also have in place appropriate policy, regulatory and institutional frameworks for the implementation of their digital identity programmes. Such frameworks are essential for fostering public trust and confidence in the use of digital identity systems, especially in the digital economy.

However, enactment of the relevant laws and policies (including reviewing the existing ones) is just the first step in harnessing the dividends of biometrics and digital ID systems. States need to ensure that the implementation of digital ID systems meets certain thresholds.