Overview of Intermediary Liability in Senegal 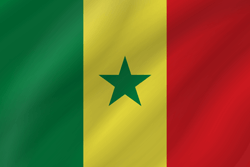 Among its west African counterparts, Senegal is among the leaders in digitalisation efforts. Its press freedom rankings are high and the country has also recorded positive strides in data protection. Telecommunications sector players include 2018 entrants ARC Telecom, WAW Telecom and Africa Access, alongside the state-owned Sonatel, Free (initially licensed as SENTEL, later rebranded as Tigo), and Expresso Senegal.

Moreover, internet affordability remains a challenge, with the country ranked 25th out of 72 countries assessed under the Affordability Index. As at December 2020, internet penetration in Senegal was estimated at 88.7% and mobile penetration at 114.2%. However,  there are concerns about repressive controls purportedly aimed at countering cybercrime, misinformation and hate speech.

This article highlights the state of intermediary liability in Senegal, including the legal and regulatory environment relevant to intermediaries’ obligations including information/ data disclosure to law enforcement authorities, filtering or blocking content, and service restrictions.

The electronic transactions law and eCommunications decree are the primary legislations that establish an intermediary liability framework in Senegal. Article 3(1) of law n° 2008-08 of January 25, 2008 on Electronic Transactions refers to intermediaries as “persons whose activity is  to provide  the public access to services through information and communication technologies”.

Borrowing from France’s law n° 2004-575 of June 21, 2004 on Confidence in the Digital Economy, the 2008 law places limited obligations on intermediaries to monitor content, but requires them to put in place mechanisms to remove or prevent access to unlawful content, inform users of service restrictions and complaints.

Article 3(2) states that a natural or legal persons who provides  to the public a service of storage of signals, writings, images,  sound or messages “cannot be held liable for the activities or information stored at the request of a recipient of these services if they did not have actual knowledge of their illicit nature or of facts and circumstances showing this nature or if, from the moment they had such knowledge, they acted promptly to remove this data or to make access [to it] impossible“.

However, without a clear definition of what constitutes illicit content, the electronic transactions law leaves room for restriction of access to content arbitrarily deemed illegal yet there are no clear provisions on ways to challenge content takedown decisions.

On the upside, confidentiality of personal information is required under Article 5. Failure to comply with the provisions of the electronic transactions law is an offence under Articles 431-46 to 431-49 of the Penal Code, 2016, punishable with a fine of between 250,000 and 1,000,000 Francs (USD 461-1,845), imprisonment of between six months and one year, or both.

While the electronic transactions law and the eCommunications decree limit the liability of intermediaries, other laws place obligations that have implications on users’ rights as detailed below. These include the law on intelligence services, the law amending the Code of Criminal Procedure, the eCommunications Code and the law amending the Penal Code.

Interception of Communications and Information Disclosure

The law n°2016-33 of December 14, 2016 relating to Intelligence Services under Article 10 states that in the interest of national security, intelligence authorities can “use technical, intrusive, surveillance or location procedures to collect information useful for neutralising the threat’’. Article 11 requires service providers to cooperate with and assist unspecified “relevant private bodies” with intelligence activities.

Act No. 2016-30 amending Act No. 65-61 of 1965 on the Code of Criminal Procedure also mentions  intermediary liability in relation to criminal investigations. Article 90-11 requires the cooperation of intermediaries with investigative authorities in collecting or recording “in real time” relevant electronic data and communications. Article 90-14 provides that a public prosecutor must issue  to telecommunications operators and service providers a formal request for cooperation. Recording and interception of communications under the criminal code are subject to written authorisation by a judge.

Further, article 90-17 empowers judges to order intermediaries to decrypt data or provide information on the operation of encrypted systems. Orders are not subject to appeal and their validity is restricted  to between two and four months renewable on a case-by-case basis. The lack of provisions for individuals subject to surveillance to challenge court orders is against the provisions of the Budapest Convention (which Senegal is Party to), aimed at ensuring an appropriate balance between the interests of law enforcement and respect for fundamental human rights.

Article 20 of the eCommunications Code re-emphasises the requirement for service providers to cooperate with government authorities in accordance with the provisions of Article 90-11 of the Code of Criminal Procedure, including through disclosing relevant information and offering technical assistance when asked.

The 2018 eCommunications Code requires service providers to “prevent impending network congestion and mitigate the effects of exceptional or temporary congestion, provided that equivalent categories of traffic are subject to equal treatment” (Article 27)”. It adds that “the regulatory authority may authorise or impose any traffic management measure it deems useful to preserve competition in the electronic telecommunications sector and ensure fair treatment of similar services.” In application of these provisions, intermediaries can reduce the speed or interrupt the internet at times and locations, under the pretext of reducing network congestion. The provisions also give the Telecommunications and Postal Regulatory Authority (ARTP) unchecked powers to authorise or impose restrictions  on the availability of digital communication networks.

Strict confidentiality and continuity of service requirements are also placed on intermediaries and their staff under the Penal Code Article 167 which states that “deletion or opening of correspondence addressed to third parties in bad faith” is an offense punishable by imprisonment for between six days and one year, a fine of 20,000-100,000 francs (USD 36-185), or both.

There are no specific obligations for intermediaries to actively monitor networks and platforms for infringing content. Article 3(5) of the 2008 electronic transactions law states that service providers “are not subject to a general obligation to monitor the information they transmit or store, nor to a general obligation to search for facts or circumstances revealing illicit activities.” However, the provision is subject to targeted surveillance activity and requests by judicial authorities. In relation to crimes against humanity, incitement to racial hatred and child ponography, Article 3(5) states that intermediaries should set up systems that are “easily accessible and visible” to allow for such content to be brought to their attention. Furthermore, to promptly inform authorities of infringing content and inform users of the policies and practice in place to fight against illegal content.

Whereas the Constitution of Senegal guarantees free speech, the Penal Code under Article 255 provides that: “The publication, dissemination, disclosure or reproduction, by any means whatsoever, of false news, fabricated, falsified or falsely attributed to third parties” that results in civil disobedience, endangers the public, or discredits public institutions is an offense punishable by imprisonment of one to three years and a fine of 100,000 to 1,500,000 Francs (USD 185 to 2,770). Without a clear definition of what constitutes false news, and considering requirements to cooperate with law enforcement authorities, failure of intermediaries to report any infringements may lead to sanctions.

Under Article 431-61 of the Penal Code, conviction for an offense under the law that is committed via electronic communications attracts additional penalties. They include prohibition from sending electronic communications, temporary or permanent prohibition of access to the site used to commit the offense or its host. The article also requires service providers to implement measures necessary to ensure compliance with the penalties, violation of which is an offense punishable by six months to three years imprisonment and a fine of 500,000 to 2,000,000 Francs (USD 923 to 3,693).

The legislative and practice environment for liability of intermediaries in Senegal lacks clarity on roles and obligations. In some cases excessive powers over network operations are granted to service providers and the regulator. In others, requirements to cooperate with law enforcement authorities are broad, without specifying the recourse avenues for abuse of users’ rights. While the eTransactions Act and the Decree on eCommunications are clear about intermediary’s role regarding user’s content, the Intelligence Services Act, the Penal Code and other documents provide conflicting provisions related to surveillance and interception of communications that are likely to infringe privacy and freedom of expression online.

There is need for specific legislation to determine the liability of intermediaries including with precision on content subject to take down or blockage, appeals procedures for decisions and measures for reinstating removed content. In the absence of a specific legal document entirely dedicated to intermediary liability, definition of intermediary liability, responsibilities and obligations, as well as unlawful content should be clear and consistent across all the existing legislation.

For their part, intermediaries should provide clear, accessible and understandable terms and conditions for service use, including options for privacy, back up and anonymisation, in accessible formats towards promoting privacy and data protection. Furthermore, increased transparency of service providers should include advance communication of changes to relevant user policies, service restrictions, as well as publication of detailed reports on cooperation with authorities.  Meanwhile, there is need for increased partnerships and engagement with civil society towards collaborative advocacy to promote business and human rights principles

Astou Diouf is a CIPESA Fellow, working on the role of internet intermediaries and service providers in the fight against Covid-19 in Senegal, including on issues such as facilitating increased access to the internet, privacy and personal data infringements, and content.