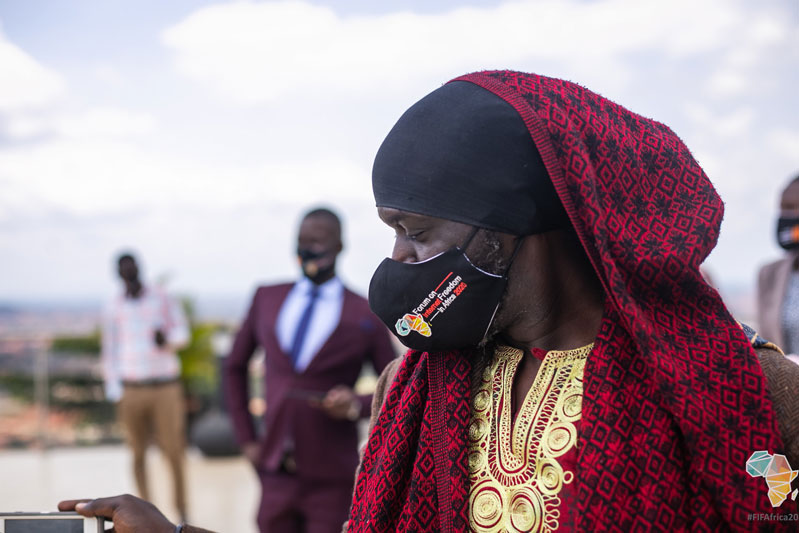 In Sub-Saharan Africa, Mauritius leads in many aspects. It is the only country on the continent categorised as a “full democracy” by the Economist Intelligence Unit Democracy Index for 2020. Additionally, it has the second highest per capita income (USD 11,099) and one of the highest internet penetration rates in the region (72.2%).

However, the recently published consultation paper on proposed amendments to the country’s Information and Communications Technology (ICT) law, purportedly aimed at curbing abuse and misuse of social media, could place Mauritius among the ranks of regressive states. The proposed establishment of a National Digital Ethics Committee (NDEC) to determine what content is problematic in addition to a Technical Enforcement Unit to oversee the technical enforcement of NDEC’s measures has potential surveillance and censorship implications.

The social media regulation proposals by Mauritius are made in light of increasing calls for accountability of technology platforms such as Google and Facebook by western countries. Indeed, the consultation paper cites Germany’s Network Enforcement Act (colloquially known as the Facebook Act), which requires social media platforms to remove “illegal content” from their platforms within 24 hours of notice by users and complaint bodies. Non-compliance penalties are large – with fines ranging between five  million and 50 million euros.

The paper states that, unlike in Germany and other countries like France, the United Kingdom, and Australia, complaints by Mauritian local authorities to social media platforms “remain unattended to or not addressed in a timely manner”. Moreover, it adds, cooperation under the auspices of domestic laws and regulations is only effective in countries where technology companies have local offices, which is not the case in Mauritius. As such, according to the Authority, “the only practical solution in the local context would be the implementation of a regulatory and operational framework which not only provides for a legal solution to the problem of harmful and illegal online content but also provides for the necessary technical enforcement measures required to handle this issue effectively in a fair, expeditious, autonomous and independent manner.”

According to section 18(m) of Mauritius’ Information and Communication Technologies Act (2001, amended multiple times including in 2020), the ICT Authority shall “take steps to regulate or curtail the harmful and illegal content on the Internet and other information and communication services”.

Although the consultation paper states that the Authority has previously fulfilled this mandate in the fight against child pornography,  it concedes that it has not fulfilled the part of curtailing illegal content as it is not currently vested with investigative powers under the Act. The consultation paper thus proposes to operationalise section 18(m) through an operational framework that empowers the Authority “to carry out investigations without the need to rely on the request for technical data from social media administrators.”

However, neither the existing Act nor the consultation paper define what constitutes “illegal content”. Whereas the consultation paper indicates that the Chairperson and members of NDEC would be “independent, and persons of high calibre and good repute” in order to ensure transparency and public confidence in its functions, the selection criteria and appointing Authority are not specified, nor are recourse mechanisms for fair hearing and appeals against the decisions of the proposed entity.

An Authoritarian Approach to Internet Architecture

Through a technical toolset (a proxy server), proposed under section 11, the regulator will be able to identify social media traffic which will then be automatically decrypted, archived, and analysed. For instance, the technical toolset would undermine HTTPS in order to inspect internet traffic. This means that information of all social media users pertaining to device specifics, content type, location, among others, would be available to the authorities. The regulator expects that once a complaint regarding social media is received, they will be able to block the implicated web page or profile without necessarily needing the intervention of social media platforms.

Additionally, the Authority expects social media users to accept installation of a one-time digital certificate on their internet-enabled devices to facilitate the re-encryption of traffic before it is transferred to the social networking sites. In other words, the Authority wants internet users in Mauritius to replace their own padlocks used for their home security with ones given to them by the Authority, which it has open and unfettered access to.

On the other hand, Mauritius’ commitments to freedom of expression, data protection and privacy potentially collide with these social media regulation proposals. In particular, Mauritius’ Data Protection Act (2017) requires informed consent of users, prohibits disproportionate collection of user data, and mandates fair and lawful processing of user data. The Data Protection Act was enacted to align with the European Union’s General Data Protection Regulation (GDPR). In March 2018,  Mauritius also ratified the African Union Convention on Cybersecurity and Personal Data Protection, although the Convention is yet to be enforced due to lack of quorum. Moreover, in September 2020, Mauritius signed and ratified the Council of Europe’s Convention for the Protection of individuals with regard to automatic processing of personal data.

Indeed, the Authority is aware of the potential infractions of the proposed technical measures on basic freedoms — stating in the paper that “the proposed statutory framework will undoubtedly interfere with the Mauritian people’s fundamental rights and liberties in particular their rights to privacy and confidentiality and freedom of expression”. Its seeking views and suggestions of “an alternative technical toolset of a less intrusive nature” may very well be an open solicitation for more surreptitious ways of monitoring social media data, with fundamental rights still at stake.

While Mauritius runs a multiparty system of government, its human rights record has been steadily deteriorating, according to the United States Department of State’s Human Rights Report 2020. Moreover, basic freedoms such as freedom of expression are being curtailed through digital taxation and clampdown on social media dissent. Recently, Twitter cited stability and democracy as the key reasons for the opening of its first Africa offices in Ghana. Although Mauritius is strategically placed as a regional and economic hub in Africa, and has been positioning itself as a “Cyber Island”, legal frameworks such as the proposed ICT law amendments and mixed rankings on democracy alongside high rankings on internet access and ease of doing business may likely undermine the country’s international competitiveness and internet freedom standing.

Accordingly, the Authority would do well to immediately discontinue these plans to employ technical measures to monitor social media and internet traffic as they would amount to multiple breaches of fundamental freedoms. The proposals also run counter to the Data Protection Act which prioritises minimisation of data collected and informed user consent. Moreover, the technical proposal would promote self-censorship and undermine the basic workings of the institutions of democracy.

Further, although social media regulation could be paved by good intentions such as the need to stamp out inflammatory content, it could be more beneficial to explore alternative options with a range of stakeholders to promote more fair and transparent content moderation practices in line with international human rights law. Mauritius has already proved that aligning domestic and international laws and practices is necessary by fashioning its data protection law along the lines of the GDPR. Additionally, Mauritius could leverage existing partnerships with other countries of regional economic blocs such as The Common Market for Eastern and Southern Africa (COMESA) to form a coalition of fact-checkers that have direct access to social media platforms.

Finally, the Authority could collaborate with technology platforms such as Facebook to support Creole language human moderators. This could be a necessary step to enhancing content moderation through automated decisions and more so for “low resource” groups of languages including Mauritian Creole.