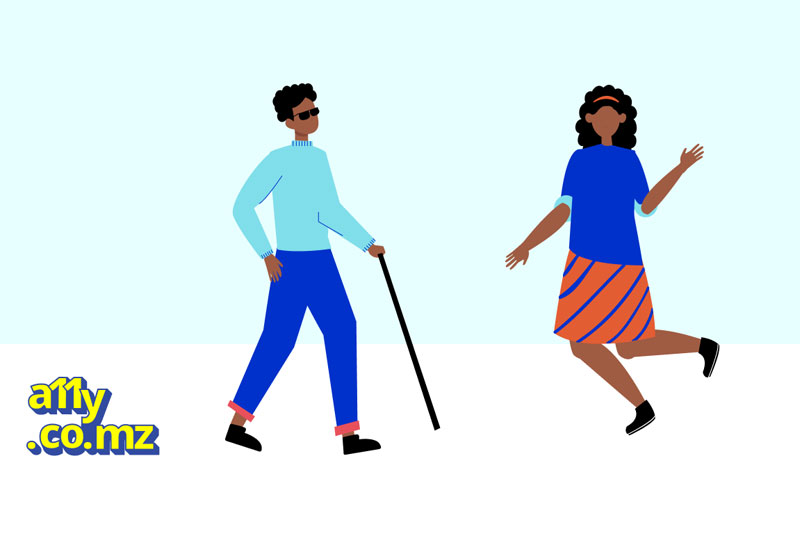 In a pioneering data-driven investigation, the Mozambican Disabled Person’s Organisation Forum (FAMOD) has teamed up with UK-based non-profit Data4Change to run automated accessibility testing on 90 of the most important and useful websites in Mozambique.

The result is a publicly-available dataset of 722,053 instances of accessibility ‘violations’. Each violation represents a barrier preventing someone with a visual, hearing, physical or cognitive impairment from fully engaging with the web page.

Cantol Alexandre Pondja, President at FAMOD noted that access to ICT is essential for persons with disabilities, adding that, “It is clear from the results of our investigation that the majority of websites, including those providing public and essential services, remain largely inaccessible for persons with disabilities. As a result, FAMOD plans to strengthen the advocacy work in this area and we look forward to working with political authorities, the private sector, and donors as part of this effort.”

Some of the worst-performing websites include a job ads site, a large telecoms provider and a government tax authority. One screen reader user told FAMOD, “In most websites there comes a stage when it is not possible to use. I finished my studies recently and when I went to the job website, I was not able to apply for a job, because when I get to the end of the first page of jobs I can’t move onto the next. I end up giving up.”

The www.a11y.co.mz platform provides more information about the investigation and invites Mozambican web content creators, designers, and developers to test their existing knowledge with an accessibility quiz; pledge to uphold accessible and inclusive design principles in their work as well as access a free ‘digital toolkit’ containing resources to help with writing, designing and developing more accessible websites.

Bronwen Roberston, Director of Data4Change which works on data-driven projects aimed at solving issues affecting underrepresented and marginalised groups stated that, “a11y.co.mz proves that there’s a long way to go to ensure the internet is accessible for people with disabilities in Mozambique, but that there are some easy and concrete steps that can be taken to improve the current situation.”

The investigation was carried out in the context of the Africa Digital Rights Fund (ADRF) which is an initiative of the Collaboration on International ICT Policy for East and Southern Africa (CIPESA). According to CIPESA’s Programmes Manager, Ashnah Kalemera, Mozambique, like many other African countries, ratified the United Nations Convention on the Rights of Persons with Disabilities, which places significant obligations on state parties for equal opportunities and inclusion of persons with disabilities. “a11y indicates that these obligations remain largely unimplemented and, as a result, a large section of persons with disabilities continue to face digital exclusion. CIPESA is really proud to partner with FAMOD in raising awareness of disability rights issues as they intersect with technology and access to information in Mozambique,” said Kalemera.

In November 2020, CIPESA alongside, FAMOD, Small Media, and the Associação de Cegos e Amblíopes de Moçambique made a joint stakeholder submission on digital rights in Mozambique which in April 2021, will be assessed under the Universal Peer Review (UPR) process at the United Nations Human Rights Council. Indeed, among the recommendations made was a call to the government to implement measures that promote inclusive access for marginalised and vulnerable groups including women, rural communities, and persons with disabilities, with funding from the Universal Service Fund.