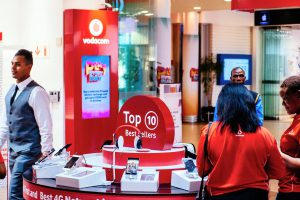 South Africa has a national disability prevalence rate of about 7.5%, which represents approximately 2.87 million persons with disability. According to the Marginalised Groups Indicator Report of 2018, the bulk of this population resides in Gauteng province and the least in the Northern Cape, with the most affected age groups being 5-14 and 15-24 years. Women have a higher chance of being disabled than men and are more likely to receive less schooling.

While households of persons with disabilities have a 90% likelihood of having access to electricity, their access to technological devices is far lower, in major part due to failure by telecom operators to provide accessible services and devices to this often marginalised population.

See this report: Access Denied: How Telecom Operators in Africa are Failing Persons With Disabilities

A study conducted among 10 telecom companies in five African countries sought to understand this digital access and service gap within the telecom industry in promoting digital accessibility for persons with disabilities, in particular visual and auditory disabilities. In South Africa, the main market share holders, MTN (28%) and Vodacom (42%), were the focus of the study. The study found that both operators offered affordable accessible handsets, but such handsets were not available in all outlets.

This inconsistent product availability was accompanied by limited staff knowledge of any special offerings for persons with disabilities (such as call, SMS, data or discounted rates) and low skills in serving members of this community. Moreover, neither Vodacom nor MTN availed information about their services in Braille.

Vodacom also supported the development of HearZA app, a smartphone-based national hearing test app, developed in partnership with the University of Pretoria to help with early detection of hearing problems. In addition, in April 2018 Vodacom launched the free (082 112) SMS Emergency Service for hearing and speech impaired customers, which enabled registered customers to request emergency services such as police, ambulance, fire, and sea rescue by sending an SMS to the Emergency Service Contact Centre. The research shows that MTN had no tailor-made applications for persons with disabilities.

Earlier in 2016, Vodacom partnered with the South African National Council for the Blind (SANCB) to provide an easier and more accessible avenue to bring mobile communication closer to the visually impaired by installing a mobile service kiosk at SANCB’s premises in Pretoria. The aim of this partnership was to provide training and to empower the SANCB staff on how to use accessible smartphones and to train their members.

Further, Vodacom has been offering Apple and Android smart devices that come with built-in text-to-speech applications (Apple – VoiceOver and Android – TalkBack) that convert text to audio, allowing visually impaired customers to listen to information such as SMS. In-store activation, an assisted step-by-step guide, and training on using the accessibility features, are additional services the company could offer.

Integrating the needs of persons with disabilities at company policy level is also indicative of its commitment to inclusion. According to the research, Vodacom had a guiding procurement policy as part of the group’s inclusion strategy to promote accessibility, while MTN had a wide business-focused procurement policy with no specific information on devices for persons with disabilities.

Across the 10 telecom companies assessed, only Vodacom had discounted rates for persons with disabilities, and for hearing-impaired customers, special contract phone deals that consisted of data and SMS were provided. Vodacom was also the only operator in the study that had emergency communications designed specifically for persons with disabilities.

A Code of Conduct for Persons with Disabilities Regulations was issued by the Independent Communications Authority of South Africa (ICASA) in 2007 and a review was undertaken in  2019, with inputs and commitments of support to the review effort from operators Cell-C, MTN, and Vodacom. Proposals received during the review included to revise the code of conduct to include subtitling for all TV programmes; large print and braille billing statements to be issued by operators; a need for universal design of handsets at affordable prices; cheaper hearing aids to be made available; airtime vouchers to be printed in braille; and Jaws (a screen reading software) to be installed in smartphones.

For persons with disabilities to realise technology’s transformative potential, their rights must be provided for in national laws and policies, and countries must take deliberate steps to ensure that they have unfettered access to quality information and ICT, and are protected from all forms of discrimination. South Africa’s telecom operators need to follow Vodacom’s examples to proactively support the needs of persons with disabilities, in line with the 2030 Agenda for Sustainable Development Goals (SDGs) pledge to leave no one behind.

See more about how South Africa’s telecom operators compare to those in other countries in the provision of services and devices to persons with disabilities.

Next: How Uganda’s Fight Against Covid-19 is Hurting Digital Rights Amidst a Looming Election