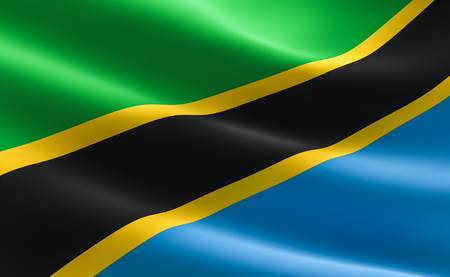 Since the first case of the coronavirus disease (Covid-19) was announced in Tanzania on March 16, 2020, the government has been in the spotlight for its handling of the pandemic. It has denied the severity of the pandemic, suspended media houses, and criminalised Covid-19-related speech through enactment and enforcement of repressive regulations.

In turn, there have been growing concerns that these measures are not only hurting the fight against the pandemic, but the wider enjoyment of civil liberties in the country, especially in the leadup to the October 28, 2020 general election.

Tanzania has been criticised for its lackluster response to the Covid-19 pandemic, with the World Health Organization (WHO) citing its lack of transparency. Further, a team of United Nations experts noted that the government was not meeting its commitments on information sharing and transparency, after it stopped releasing statistics on Covid-19 cases at the end of April.

At the end of March, Tanzania’s President, John Pombe Magufuli, is reported to have encouraged people to continue visiting places of worship, while comparing the virus to the Biblical Satan and saying that it “cannot survive in the body of Jesus Christ.”

President Magufuli also rejected the need to restrict movement of citizens, claiming stringent social isolation measures would severely damage the economy, and in June 2020, he declared the country virus-free, “thanks to God” and prayers by citizens.

In July 2020, the United Nation experts stated that Covid-19 had compounded the pre-existing human rights concerns in Tanzania, notably, the right to freedom of expression, including freedom to seek, receive and impart information.

The new regulations define “news related content”, as “online news information gathering, compiling, editing, publication and broadcasting in a manner similar or that bears a resemblance to traditional media services provision.” In the renew regulations, the definition of an “online forum” has been expanded to cover every possible online fora and “online platforms.” These definitions are so vague that their application is potentially boundless in scope.

Further, they impose annual license fees on the online content services, grant the regulator sweeping powers to suspend media outlets and journalists, and detail a broad list of prohibited content.

Among others, the regulations prohibit the publication of “content with information with regards to the outbreak of a deadly or contagious disease in the country or elsewhere without the approval of the respective authorities.” The penalty for breach of the regulations is a fine of not less than five million Tanzanian shillings (USD 2,140), imprisonment for not less than 12 months, or both.

Regulation 9(g) expands the obligations of online content service providers to immediately take down any prohibited content once ordered by the Tanzania Communications Regulatory Authority (TCRA).

Besides the enactment of repressive Covid-19-related regulations, the government has also invoked laws predating the pandemic to intimidate, arrest, and detain persons, including whistleblowers and critics, in order to censor what is perceived as Covid-19 misinformation or disinformation.

In March 2020, the Tanzania Prime Minister, Kassim Majaliwa, warned the public against spreading against misinformation around the coronavirus outbreak, stating that those found guilty would be dealt with. He directed the TCRA to monitor and apprehend persons disseminating false news, which he said was causing confusion in society. The government subsequently released a list of qualified persons to educate the public about Covid-19, and directed that all media source information only from those on the list.

These threats were quickly followed up with arrests and prosecution of individuals, and harassment of media houses, some of whom had their licences suspended.

In April 2020, there were numerous individuals arrested and charged due to Covid-19 related content that authorities deemed unofficial. A similar argument was maid against media houses which resulted in having their licenses suspended.

Awadhi Lugoya was arrested and accused of wrongful use of social media, for opening a Facebook account called “Coronavirus Tanzania” and using it to purportedly spread “misleading information” about the pandemic. Mariamu Jumanne Sanane, a third-year student at the University of Dar es Salaam, was arrested in April 2020 after she claimed on social media that there were 230 confirmed cases of Covid-19 and four deaths in Tanzania.

Meanwhile, Afrikana Mlay was arrested over accusations of spreading false information on social media, to the effect that the government was hiding the number of coronavirus disease cases in the country. The police claimed that the post was “intended to create panic and discourage efforts being undertaken by the government in fighting [the] spread of the virus.”

On April 28, 2020, Ibrahim Bukuku, a first-year student at the University of Dodoma, was arrested and charged for allegedly disseminating false and misleading information through a WhatsApp group about an alleged cure for Covid-19.

Similarly, earlier in April 2020, Albert Sengo, a journalist working with Jembe Radio FM in Mwanza region, was charged in court for publishing online content on his “unregistered” online GSENGO TV

On the same day, Albert Msando, a prominent lawyer in the Arusha region, was arrested and later charged with allegedly spreading Covid-19 misinformation over his remarks about the worsening coronavirus situation in Arusha. His arrest came only hours after Arusha Regional Commissioner Mrisho Gambo had directed the police force to arrest any citizen disseminating conflicting public information on Covid-19.

Also in April, the Zanzibar Information Department suspended Talib Ussi Hamad, a journalist with the Tanzania Daima daily newspaper, for six months under the Registration of News Agents, Newspapers, and Books Act No. 5 of 1988 and its amendments No. 8 of 1997. Talib Hamad had allegedly reported about a Covid-19 patient without the patient’s consent. He filed a case in the Zanzibar High Court in July challenging the decision. The Zanzibar government lifted the suspension in August 2020.

Likewise, Mwananchi daily newspaper had its online license suspended for six months and fined five million shillings (USD 2,200) by the TCRA after it posted a photo of President Magufuli out shopping and surrounded by a crowd of people, eliciting online discussion on Tanzania’s approach to addressing Covid-19 and the apparent breach of social distancing guidelines. According to the TCRA, the paper breached the Electronic and Postal Communications (Online Content) Regulations as its report was allegedly misleading and had caused confusion in the community.

Three other media organisations – Star Media Tanzania Ltd, Multichoice Tanzania Ltd and Azam Digital Broadcast Ltd – were on April 2, 2020 fined USD 2,200 each and ordered to apologise for “transmission of false and misleading information” about the country’s approach to managing Covid-19. In addition, Kwanza Online TV was suspended for 11 months in June 2020 for reposting on Instagram a health alert from the US Embassy warning of an “elevated” risk of Covid-19 in the country, which the regulator found to be misleading content that contravened professional standards, arguing that the media house had failed to verify the accuracy of the information in the alert.

On April 30, 2020 two employees of Mwananchi Communications Ltd. – Haidary Hakam and Alona Tarimo, were arrested and charged for allegedly disseminating false information about Covid-19 victims on WhatsApp groups contrary to the Cybercrime Act of 2015.

These developments are reflective of how the Tanzanian authorities have used repressive laws to crack down on  journalists for doing their jobs, especially during the Covid-19 pandemic.

In a country where civil liberties have been eroded over the years, the growing hostility of the government towards dissenting opinions, including on the state’s handling of Covid-19, has forced human rights defenders, journalists, activists, the political opposition, and ordinary citizens to self-censor, and could prompt them to refrain from exercising their right to public participation.

As Tanzania prepares to go to the polls in less than ten days, the government must desist from further affronts on civil liberties, especially the right to freedom of expression and access to information, the lifeblood of any democratic society.