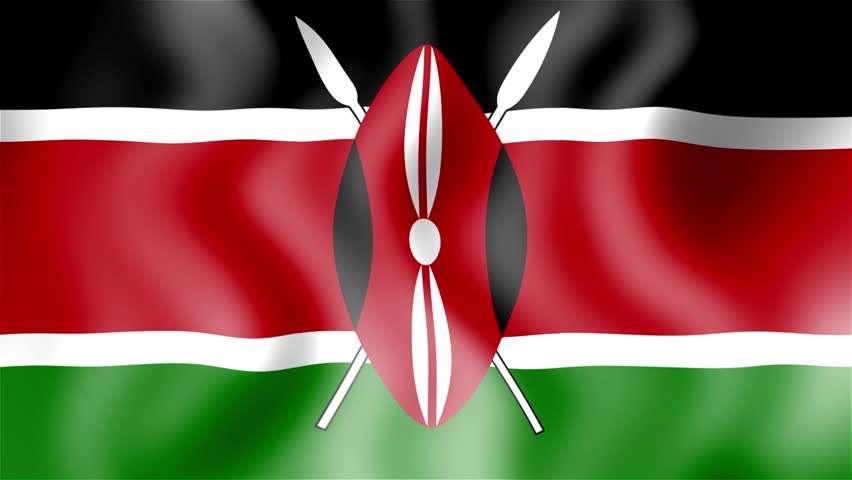 Even before the first case was confirmed in Kenya in February 2020, the government had moved to establish the National Emergency Response Committee on Covid-19 to coordinate its preparedness, prevention and response to Covid-19.

The government subsequently introduced several measures to curb the spread of Covid-19 including suspension of public gatherings and other social distancing requirements; limitation on travel outside the country; imposition of a dusk-to-dawn curfew under the Public Order Act, 2003; travel bans in and out of the capital, Nairobi, and three other high-risk counties of Mombasa, Kilifi and Kwale.

The Ministry of Health has been providing regular updates on the pandemic both online and offline through its various platforms. It has provided routine updates including situation reports; Covid-19 protocols and guidelines; various public awareness messages; and daily press updates on the status of the pandemic. The government also required all broadcasters to air the health ministry’s Public Service Announcements (PSA) at no cost. As at May 10, more than 43,000 Public Service Announcements had been aired.

However, concerns remained over the negative impact of these measures on peoples’ enjoyment of their fundamental human rights, including freedom of expression, access to information, privacy and data protection, and freedom of assembly. Meanwhile, a rise in misinformation with respect to covid-19, has been met with responses from the government that have threatened human rights.

While there have not been reports of government efforts to block or filter content or to shut down websites to fight the spread of Covid-19 misinformation, it has used other means, including legal threats and arrests. In a public statement, the Cabinet Secretary for Health, Mutahi Kagwe, issued a warning, stating that “these rumours must stop … but because I know empty appeals will not work, we will proceed and arrest a number of them to prove our point.” Consequently, the government has abused the Computer Misuse and Cyber Crimes Act, 2018 to intimidate, arrest, and detain persons, including whistleblowers and critics, in order to censor what it has deemed false information in relation to covid-19.

Following these threats, the government has since arrested four individuals, with two bloggers charged under section 23 of the Act for publishing false information, which carries a penalty of five million shillings or imprisonment not exceeding 10 years, or both. In March 2020, 23-year old Elijah Kitonyo, a student, was arrested after publishing claims on Twitter that the government was deceiving people regarding the Covid-19 situation in the country. According to the authorities, this contravened the Computer Misuse and Cyber Crimes Act.

In the same month, blogger Robert Alai was arrested and charged under section 22(1) of the Computer Misuse and Cyber Crimes Act for publishing alarming and false information in a Twitter post that two people had died of Covid-19 in Mombasa. The arrest came a day after the statement by the Cabinet Secretary for Health warning against misinformation about the virus.

Another blogger, Cyprian Nyakundi, was detained the same week for claiming on Twitter that a senior Kenya Revenue Authority official had travelled out of the country and failed to self-quarantine after returning home. These arrests were unnecessary and disproportionate as there was no evidence of an intention to cause harm, or of harm being caused.

The government has also been accused of clamping down on freedom of association and assembly by restricting movement and mass gatherings during the pandemic period. In April 2020, the Law Society of Kenya challenged the curfew issued under the Legal Notice No. 36 – The Public Order (State Curfew) Order, 2020 under the Public Order Act, Cap. 56 as being unconstitutional. It also complained over the unconstitutionality of the use of unreasonable force by the police in enforcing the curfew.

In its ruling, the High Court found that the use of unreasonable force in enforcing the Order was unconstitutional. Undeterred, in July 2020, police stopped a public demonstration to commemorate the 30-year anniversary of the Saba Saba movement, whose origins date back to 1990 with calls for free elections and multiparty democracy. At least 50 people were arrested as police lobbed teargas at protesters, claiming the protest was illegal since the organisers lacked a permit, yet public gatherings were outlawed during the Covid-19 period.

Another critical aspect is the mass surveillance measures that have been quickly adopted to curb the spread of the virus. Massive data collection continues with collection of telephone numbers, personal information, residential addresses, details of people contacted, body temperatures, as well as location tracking. It is worth noting that all licensed telecom service providers are required to register all SIM cards issued with corresponding subscribers’ details. Also problematic is the development and use of various unproven technologies and mobile applications to support contact tracing. These increase the potential for abuse and present a risk for repurposing the technologies for mass surveillance after the pandemic.

Whereas Kenya has enshrined the right to privacy under Article 31 of the Constitution, and adopted a Data Protection Act in November 2019, the Data Commissioner is yet to be appointed. The contact tracing measures are questionable and potentially violate privacy rights. They lack clear or any legal oversight, and there are no documented safeguards in case of any breaches. Further, there is widespread ignorance regarding the application of the law to the government’s contact tracing programmes. Moreso, it is not manifestly clear how personal data from contact tracing will be collected, stored, and shared.

Civil society organisations have also raised concern regarding the independence of the Judiciary. This follows delayed funding for the Judiciary and recent Covid-19 budget cuts reducing the judiciary’s budget from KES 18.05 billion (USD 171 million) the previous financial year by KES 1.35 billion (USD 12.5 million), leading to suspension of key development programmes; suspension of judicial services during the Covid-19 period from March 2020, with limited court activity since; and the refusal of the President to appoint 41 Judges nominated by the Judicial Service Commission (JSC) in July 2019, despite court orders. Courts remain a critical point of call for those who seek constitutional remedies. Viewed collectively, these developments threaten access to justice and may affect the capacity of the Judiciary to effectively respond to and efficiently deliver justice to those whose rights may be violated during this period.

Meanwhile, the pandemic has led many to work from home, creating increased demand for internet services, and highlighting the ever-rising digital divide. Not all Kenyans have access to fast, and affordable internet, yet access to the internet and digital public services is increasingly being seen as essential for a dignified living.

According to the Communications Authority, internet subscriptions as of March 2020 stood at 39.3 million, while mobile SIM card penetration stood at 116%. While some companies such as Safaricom doubled the bandwidth allocation to their home fibre subscribers, the cost of accessing the internet remains a barrier for most of the population. Working and studying online also means that the public is at a higher risk of cyber incidents. Internet users can be exposed to hacking on online meeting tools, online banking fraud, surveillance, phishing and other email scams. According to the Communications Authority, the Kenya National Computer Incident Response Team detected 34.6 million cyber threats, comprising malware, distributed denial-of-service (DDOS) attacks, web application attacks and system vulnerabilities between January and March 2020, a rise from the 11.2 million attacks reported during a similar period in 2019.

Nonetheless, a number of positive measures have been adopted. In March 2020, the Central Bank of Kenya announced emergency measures to promote the use of mobile money for a three month period. These included the elimination of charges for transactions below KES 1,000 (USD 9.2); increase of daily transaction limits to KES 300,000 (USD 2,763); elimination of charges for transfers between mobile money wallets and bank accounts.

In conclusion, digital technologies have proven to be a key part of the solution to the current Covid-19 crisis. However, the rapid adoption of technologies could lead to decisions without consideration of the complex and long-term human rights impact, especially with regards to transparency and accountability.

According to the UN Secretary General, António Guterres, the post-Covid-19 world is expected to be more digital than before. Therefore, it will be essential for all stakeholders to ensure the respect for privacy, freedom of speech, transparency, participation, accessibility and accountability, including in the digital domain. There will also be a need for continued efforts to build trust and ensure fairness in the use of digital technologies, and bridge the digital divide across the country, to ensure marginalised and excluded groups are included to benefit from digitalisation.