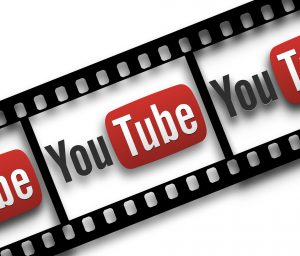 YouTube is an important part of African online space because it offers a platform for both traditional media and independent producers to livestream and broadcast multimedia content. Crucially, YouTube comments provide an important channel for social and political discourse in Africa given the high levels of censorship in traditional media. Indeed, in many African countries, YouTube is the second most popular website.

Under the guise of defending public order and morality, authoritarian governments in Africa have blocked access to YouTube within their borders, with ban lengths ranging from several days to more than one year.

In North Africa, four countries – Algeria, Tunisia, Morocco and Libya – are reported to have intermittently blocked YouTube access between 2007 and 2019. The most recent outage was in August 2019 in Algeria, where YouTube and other Google services were blocked in the wake of an online video purportedly encouraging the military to depose then de-facto leader Ahmed Gaid Salah . This followed a consistent pattern of internet disruptions in the country, both before and after the resignation of president Abdelaziz Bouteflika.

Much earlier, Morocco had blocked access to YouTube for five days in 2007 after videos posted endorsed the independence of Western Sahara. Meanwhile, from 2007 to 2011, YouTube users in Tunisia faced intermittent blockages of the site, and when not completely blocked, certain protest videos remained inaccessible from within the country. In similarity, Libya also blocked YouTube from 2010 to 2011 after videos of anti-Gaddafi protests were posted.

In sub-Saharan Africa, YouTube was blocked in Sudan in the wake of its 2010 elections when videos revealed fraud committed by electoral staff, and again in 2012 after the posting of the film The Innocence of Muslims. Both of these events were preceded by widespread protests. In 2011, Eritrea blocked YouTube, and access to the website remains unreliable, but more so due to bandwidth concerns than censorship.

In April 2018, Chad instituted a 15-month ban on social media, including YouTube, that was only lifted in July 2019. This ban was a reaction to waves of protest against constitutional amendments that would allow President Idriss Déby to further extend his rule. Ethiopia intermittently blocked YouTube along with other social media platforms for several days in June 2019 after reports of an attempted coup against the Amhara Regional State Government.

More recently, a YouTube block was documented by the Open Observatory of Network Interference during December 2019 in Burundi without official explanation. With an estimated internet penetration rate of 7.4%, Burundi remains one of the least digitally connected countries in Africa. Nonetheless, President Pierre Nkurunziza’s government habitually restricts media and online expression. Earlier in 2019, the National Communication Council (NCC) banned Voice of America (VOA), the British Broadcasting Corporation (BBC) and their correspondents, regardless of nationality, from broadcasting in the country. Leading up to the alleged restriction on YouTube in December 2019, the Burundian government suspended the comment section on the YouTube channel of Nawe, an independent media outlet, and prohibited new channel uploads. Nawe’s website and Twitter, however, remained active.

According to Google’s Transparency Report, more than 11 African governments have made content removal requests relating to YouTube since 2009. During 2012-2013, Google received inquiries and requests from 20 countries relating to YouTube videos that contained clips of the movie “Innocence of Muslims”. From Africa, three governments – Djibouti, Egypt and Libya – requested that the videos be removed. According to Google, “due to difficult circumstances” the videos were temporarily restricted from view. It is unclear what the length of the temporary restriction was.

Earlier in 2010, Libya made 147 requests to remove more than 1,000 YouTube videos. Google removed “portions” of the videos for violating YouTube’s Community Guidelines but did not remove the rest of the videos. Google does not indicate the exact number of video portions which were removed. Since then, Google has gone on to receive content removal requests from eight other African governments – Gabon, Kenya, Mali, Mauritius, Morocco, Nigeria, Sierra Leone, and Tanzania.

More than 22 governments have conducted internet shutdowns since 2016. They often cite the need to  prevent the use of the internet as a tool to spread false information, and to allegedly fan public disorder and undermine national security. Where complete shutdowns have not occured, more targeted blockages have been sought, particularly of media showing government corruption, civil disobedience, dissenting opinions or contentious statistics that contradict government figures shared on platforms like YouTube, Twitter, Facebook and WhatsApp.

Although the various blockages of YouTube in Africa have since ended, the instances documented in this report indicate that blocking YouTube may well be a strategy of internet manipulation and civic suppression, with trends suggesting that such restrictions to online content may continue into the new decade across Africa.