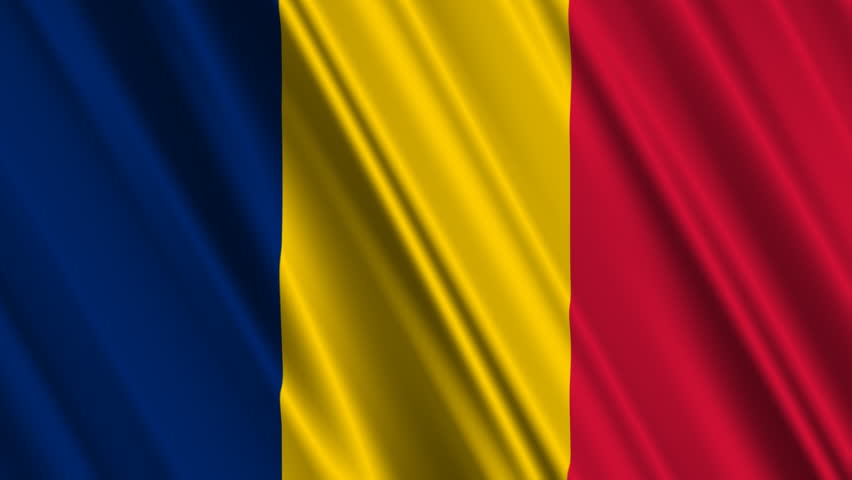 In July 2019, the Chadian government lifted a 16-month blockage on access to social media, which it had imposed in March 2018. While connected citizens are now able to access social media with ease, various concerns remain. Digital communication costs are prohibitively high, the media are routinely muzzled, the country is still autocratic, and President Idriss Déby – in office for 29 years now – is not in a hurry to relinquish power. The prospects of enjoying a greater range of digital rights are low, the likelihood of another internet disruption high.

Chad has one of the world’s lowest Information and Communication Technologies (ICT) penetration rates, with internet penetration of 11.4% and mobile penetration of 46.9%. It is ranked 174th out of 176 countries worldwide and 36th out of 38 surveyed countries in Africa by ICT Development Index (IDI).

The low internet penetration did not deter the government from ordering a social media blackout when citizens staged widespread public protests against constitutional changes that could see President Déby rule until 2033. The blockage was only lifted 16 months later in the face of severe national and international pressure. While the blockage lasted, it hampered ICT uptake, denied citizens access to information, hurt their livelihoods, cost the national economy over USD 200 million, and constrained innovation.

Is Chad then ready to harness and to reap the dividends that a digital society delivers? The landlocked central African country has recently launched a 1,200 km fibre optic network linking the capital N’Djamena to the border with Sudan, a large step in broadband coverage extension since international fibre reached the country in 2012. The World Bank-supported Central African Backbone (CAB) project is also expanding ICT infrastructure. But affordability remains a huge problem, and the affronts to freedom of expression and the free flow of information online have slowed ICT uptake in the country of 16 million people. In this article, we provide a rundown of the country’s ICT sector.

At the institutional level, the National Agency for Computer Security and eCertification (ANSICE), established by law N° 006/PR/2015 and under the tutelage of the Presidency, designs and implements policies to combat cybercrime, regulate and control national information systems’ security and  eCommunication networks. It coordinates national cyber security actions to ensure the security of government systems and critical state infrastructure. The Regulatory Authority for eCommunications and Posts (ARCEP), which is supervised by the Ministry of Post and New Information and Communications Technologies, is the industry regulator. The ICT Development Agency (ADETIC) develops and monitors the implementation of the national ICT development strategy. However, while its establishing Law N° 12/PR/2014 provides for formation of a national ICT strategy, to-date, a strategy has not been put in place.

Article 90 of the eCommunications Act  provides for good quality and affordable, universal ICT services across the country. At the July 2019 inauguration of the 1,200km national optical fibre network, President Déby stated that “operators and the State must make efforts to further support the lowering of the internet connection rates, while ensuring quality of services”. However, these aspirations remain a pipedream, as infrastructure is thinly spread and taxes make access unaffordable to many. According to the 2018 ARCEP Telecommunications Market Observatory report issued in May 2019, the average cost of one GB of data per month is currently 7,000 FCFA (USD 12), representing about 12% of the monthly minimum wage which is 60,000 FCFA (USD 101) in Chad. This means only a fraction of Chadians can afford to consistently purchase data and use the internet.  In addition, speeds are low – 5KBps in 2018 as reported by ARCEP –  making it hard for companies and start-ups to provide digital-based development solutions. According to Sidick Bachir Lougouma, the director general of ARCEP, with the new optical fibre network, “Chad will be able to provide national operators with a capacity of 100 gigabits of which 40 gigabits are already available.”

Meanwhile, high taxation rates also undermine affordability and uptake. Excise duty tax on mobile operators rose from 4% in 2014 to 7% in 2016. In 2017, the excise duty shot up to 18%, before falling to 9% in 2018 to-date, according to the 2019 Finance Law. In addition to the excise duty tax, Article 27 of the Finance Law states, “Subscription contracts for post-paid and fixed mobile phones are subject to a stamp duty equal to 10% of the amount of the invoices sent to the customer.”

The ACERP’s 2018 report estimates the number of mobile subscribers at seven million – equivalent to a mobile penetration rate of 46.9%. Airtel Chad, Tigo Chad, Salam, and Sotel Fixed-Tawali are the leading telecom operators, with the lion’s share of the market held by Tigo (51.1%) and Airtel (48.5%). The number of internet users was estimated at 1.74 million, representing a penetration rate of 11.4% in 2018, compared to 1.5% in 2009.

While the ongoing infrastructure investments might improve internet speeds and expand access, including to broadband, to larger parts of the country, the high and multiple taxes will keep telecommunications prices high and undermine growth in subscriber numbers.

The Constitution of Chad provides for the protection of privacy in Article 49, stating: “The privacy of correspondence and communications is guaranteed by law.” Article 182 establishes the High Authority for Media and Broadcasting – an independent administrative body responsible for promoting freedom of the press, and access to information “within the framework of deference for national cultural values, public order and citizens’ privacy. “

The above constitutional provisions are reflected in the 2015 law on the Protection of Personal Data, which aims to regulate the collection, processing, transmission, storage and use of personal data. It defines personal data as “any information relating to a natural person identified or identifiable directly or indirectly, by reference to an identification number or to one or more elements, specific to his physical, physiological, genetic, psychological, cultural identity, social or economic” (Section 5).

The application of the law is ensured by the ANSICE, following a framework defined by the law N° 006/PR/2015. It guarantees respect for the fundamental rights and freedoms of natural persons, the state, local and regional authorities, civil society, and aims to ensure that the use of ICT does not  infringe on individual or public liberties, especially on private life (Article 1, Paragraph 2). The law is considered  a good step towards protecting personal data and promoting users’ digital rights.

Freedom of expression and freedom of the press are guaranteed by the Chadian Constitution as follows: “The freedoms of opinion and expression, communication, conscience, religion, press, association, meeting, movement, events are guaranteed to all. They can only be limited by respect for the freedoms and rights of others and the imperative to safeguard national unity, public order and morality“ (Article 28).

However, the country is ranked 122nd out of 180 countries in the World Press Freedom Index 2019. Arbitrary arrests and detention of journalists, closure of media outlets, a restrictive operating environment for human rights defenders, threats, intimidation and assault of reporters – have led to a culture of self-censorship online.

In addition, the government has ordered long-lasting disruptions to social networks, thus muzzling citizen participation in decision-making and the democratic process through the internet. Following the controversial re-election of President Déby in 2016, over 10 websites were blocked and the whole country experienced an internet shutdown for several weeks, followed by an eight-month disruption to social networks. At the time, authorities acknowledged that SMS services were restricted “as a security measure” but denied any interference with internet services, instead citing technical challenges.

There were reports of another government-ordered internet disruption on January 25, 2018, to thwart an anti-austerity protest. The planned “peaceful march” against “bad governance, injustices of all kinds and anti-social measures taken by the government” was organised by several civil society organisations in major cities across the country. The Minister of the Interior and Public Security banned the march, before the internet disruption occurred.

In the same way, following protests against constitutional changes, the Chadian government blocked access to social networks including Facebook, Twitter, WhatsApp, Instagram and YouTube for 16 months – from March 2018 to July 2019. While lifting the blockage, President Déby confirmed that his government had ordered the restriction of access to social networks to preserve national security. Without citing any law, he added: “For a country like Chad which has had dark hours, it is not acceptable for the internet to be diverted for malicious purposes by some individuals with fatal intentions for peace and national unity.”

The ICT sector in Chad remains under-developed and there is a lack of a clear roadmap to a vibrant digital society. The culture of ordering network disruptions, negligible efforts in bridging the digital divide and ensuring universal access, as well as multiple and high levels of taxation, censorship of online and traditional media by the government, remain bottlenecks to an accessible and affordable internet and undermine the contribution of ICT to Chad’s socio-economic development.

Revisions to restrictive laws  and the passing of implementation regulation for existing laws is thus crucial. As in the adoption of a national strategy for ICT development.