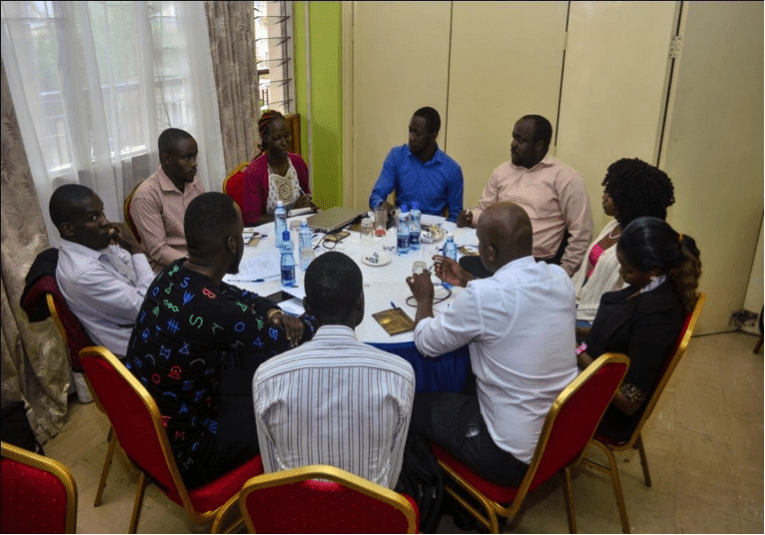 By Tracy Kadesa |
Youths have emerged at the forefront of online activism and citizen journalism in Kenya. During a December 2016 to March 2017 strike by doctors, young doctors shared their grievances online, ranging from lack of resources in government hospitals to inadequate staffing and poor compensation. One of the stories was that of Dr. Ouma Oluga, the secretary general of the Kenya Medical Practitioners, Pharmacists and Dentists Union, who shared how he had to perform a caesarean section using a torch on his mobile phone due to a power outage. He was only 27 at the time.
Ahead of Kenya’s elections scheduled for August 2017, there have been increased calls for young Kenyans to participate in related processes and vote as a means of positively influencing concerns such as the high rates of unemployment. According to a 2016 World Bank report, Kenya has among the highest youth unemployment rates in Africa.
Against this background, on May 9-10, 2017, the Collaboration on International ICT Policy for East and Southern Africa (CIPESA) convened 30 youth and civil society activists to explore rights and responsibilities, as well as effective and secure ways to engage in the country’s governance processes including through ICT.
The workshop raised awareness about various ICT-based initiatives that have given Kenyan youths an opportunity to regularly discuss issues and analyse the manifestos of candidates running for elective posts. For instance, SiasaPlace runs weekly Twitter chats using #SiasaWednesday with the aim of amplifying women and youth voices. Siasa Place is a hub and co-working space that is passionate about engaging youth and women on civic agency.
Tribeless Youth is another vibrant movement that uses Twitter to engage youth in governance. Ongoing discussions facilitated by #TribelessYouth include #MeetTheNewCandidates where first-time political candidates, mostly youthful ones, are given an opportunity to present what they plan to deliver if elected come August.
Other youth-led initiatives that participated in the workshop included Fatuma’s Voice, a youth empowerment organisation, and Centre for Public Engagement & Social Economic Affairs Kenya (CPESEAK), which works on promoting youth participation in social accountability. Irungu Houghton of Society for International Development; Kenya Dialogues Project (KDP) participated as guest speaker and highlighted KDP’s commitment to advancing youth leadership in Kenya.
The workshop also explored government efforts to motivate the youth to participate in the August 2017 general elections through an initiative dubbed Y-VOTE (Youth Vote). The initiative spearheaded by the Independent Electoral and Boundaries Commission (IEBC) in partnership with the International Foundation for Electoral systems (IFES) leverages social media and on-ground activations to mobilise 18-29 year olds to vote come August 8. The campaign was launched on June 20, 2017 and run to late July.
Participants in the workshop explored ways of leveraging the various civic agency and elections-related initiatives to exercise their rights but also champion a peaceful electioneering period through online activism. Furthermore, discussions entailed digital safety tools and practices to facilitate secure communications.
The participants agreed that they were “no longer leaders of tomorrow but of today” and it was therefore their duty to zealously participate in governance processes towards improved livelihoods. See more insights in video below.

The youth in governance in Kenya workshop was organised in the context of the ICT4Democracy in East Africa initiative which is aimed at leveraging ICT to promote civic participation, democratic governance and respect for human rights.