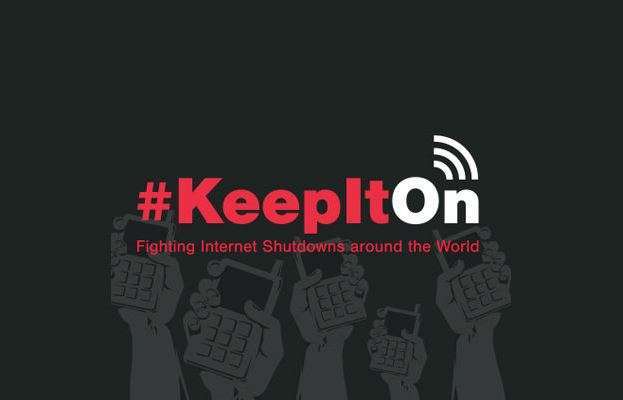 Author admin Posted on November 30, 2016
Joint Letter |
President Yahya Jammeh
cc: Gambia Public Utilities Regulatory Authority (PURA)
Gambia Permanent Mission to the United Nations
African Commission on Human and Peoples’ Rights
30 November 2016
Your Excellency,
We are writing to urgently request that you ensure the stability and openness of the internet during the forthcoming elections in Gambia on December 1. Elections represent the most critical moment in a democracy, and the internet enables free expression and the fulfillment of all human rights.
However, we have received unconfirmed reports through a variety of sources that your government intends to shut down the internet. We implore you to keep the internet on.
Research shows that internet shutdowns and state violence go hand in hand. [1] Shutdowns disrupt the free flow of information and create a cover of darkness that allows state repression to occur without scrutiny. Worryingly, Gambia would be joining an alarming global trend of government-mandated shutdowns during elections, a practice that many African Union member governments have recently adopted, including:  Burundi, Congo-Brazzaville, Egypt, Sudan, the Central African Republic, Niger, Democratic Republic of Congo. [2], [3], [4], [5], [6], [7], [8]
Internet shutdowns — with governments ordering the suspension or throttling of entire networks, often during elections or public protests — must never be allowed to become the new normal.
Justified for public safety purposes, shutdowns instead cut off access to vital information, e-financing, and emergency services, plunging whole societies into fear and destabilizing the internet’s power to support small business livelihoods and drive economic development. In addition, a study by the Brookings Institution indicates that shutdowns drained $2.4 billion from the global economy last year. [9]
International Law
A growing body of jurisprudence declares shutdowns to violate international law. The United Nations Human Rights Council has spoken out strongly against internet shutdowns. In its 32nd Session, in July 2016, the Council passed by consensus a resolution on freedom of expression and the internet with operative language on internet shutdowns. The resolution, A/HRC/RES/32/13, “condemns unequivocally measures to intentionally prevent or disrupt access to or dissemination of information online in violation of international human rights law and calls on all States to refrain from and cease such measures.” The Council intended this clear declaration to combat the blocking and throttling of networks, applications, and services that facilitate the freedoms of expression, opinion, and access to information online. In addition, the African Commission on Human and Peoples’ Rights stated in its November 2016  Resolution on the Right to Freedom of Information and Expression on the Internet in Africa that it was “Concerned by the emerging practice of State Parties of interrupting or limiting access to telecommunication services such as the Internet, social media and messaging services, increasingly during elections.” [10]
In 2015, various experts from the United Nations (UN) Organization for Security and Co-operation in Europe (OSCE), Organization of American States (OAS), and the African Commission on Human and Peoples’ Rights (ACHPR), issued an historic statement declaring that internet “kill switches” can never be justified under international human rights law, even in times of conflict. [11] General Comment 34 of the UN Human Rights Committee, the official interpreter of the International Covenant on Civil and Political Rights, emphasizes that restrictions on speech online must be strictly necessary and proportionate to achieve a legitimate purpose. Shutdowns disproportionately impact all users, and unnecessarily restrict access to information and emergency services communications during crucial moments.
The internet has enabled significant advances in health, education, and creativity, and it is now essential to fully realize human rights including participation in elections and access to information.
We humbly request that you use the vital positions of your good offices to: