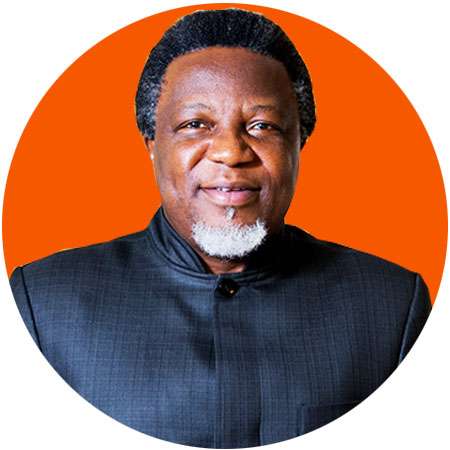 Eric is the Chief Executive Officer of the Nairobi-based African Media Initiative (AMI). Prior to moving to Kenya in 2014, he was (and still is) a Visiting Scholar at the George Mason University in Fairfax, Virginia.  He served as an Adviser to the governments of the Democratic Republic of Congo (DRC), Liberia and South Sudan on their strategic, development and international communications- an extension of his role as a Senior Advisor at the Washington-based International Communications and Trade-relations firm, KRL International.

Previously, Eric has worked at the London-based Mo Ibrahim Foundation, led the Global Media Development Program at the World Bank Institute (WBI) and, in that capacity, launched the IMAGE (Independent Media for Accountability, Governance and Empowerment) e-learning program and network to build media capacity to report on and analyze global development issues.

Mr. Chinje studied in the universities of Yaoundé (Cameroon), Syracuse (New York) and Harvard (Cambridge, Massachusetts) and lectured in the Yaoundé University School of Mass Communication in Cameroon. He is fluent in both English and French. Mr. Chinje is an Officer of the Cameroon Order of Merit and an Officer of the Dutch Order of Orange Nassau.