By Sandra Acheng |
Due to the rise of internet usage, there is an increasing rate of abuse, threats, and attacks on the internet users’ which women usually fall prey to. The internet can lead to disruption and disinformation and this determines the intensifying need for defending digital human rights violations with a focus on freedom of expression, press freedom and digital rights. Human rights online is a topic that is often forgotten during discussions of human rights violations because the concept is still quite new without acknowledging the reality that human rights offline can translate online.  Many people usually face numerous human rights violations online but they are not even aware that their rights are being violated or where and who to report to in case this happens.
The growing rate of human rights violations online is a result of more people getting online and this greatly affects internet freedom.  Uganda experienced internet shutdowns by the government during elections in 2016 and this affected freedom of expression and online digital rights of users. Also, the introduction of Over the top (OTT) by the Ugandan Government last year in June 2018 has limited users from accessing and using the internet. The increased use of ICT has led to women facing abuse and violence more than ever for instance the growing rate of  Non Consensual distribution of images commonly done by intimate partner (NCII) commonly referred to as “Revenge Porn” is usually associated to morality and decency of women which violates their privacy, women’s rights as well as criminalizing and undermining women who exercise their right to sexual expression.
This year, Collaboration on International ICT Policy for East and Southern Africa (CIPESA) in partnership with Small Media convened a two days’ pre-event workshop on the 23rd and 24th September 2019 @FIFAfrica2019 at Ethiopian Sky Light Hotel for human rights defenders on UPR. It was an intense, interactive and fun training that gathered over 30 male and female participants from different African countries that are doing incredible work to champion freedom of expression, press freedom, and human rights online also known as digital rights to influence government and non-government actors in their country or others in defense of human rights. The two days’ workshop tackled;

The understanding of UPR
The human rights system that previously existed was criticized for being selective (not all states, not all rights), non-collaborative, paralyzed by political games, therefore, the UPR came as a response to the Human Rights system because UPR is non-selective, collaborative and have no double standard. UPR is Universal Periodic Review and the first United Nations Human rights mechanism on Human rights online to create a more just world for everyone since it requires every UN member country to review, therefore, it gives entry to CSOs.
The UPR CYCLE
The universal periodic review happens every 4 to 5 years for 6 months. However, Countries have limited time to make recommendations.
How can internet freedom be championed in UPR?
Human rights review mechanism such as United Nations Universal Periodic Review provides a good opportunity to review human rights violations online among African countries and can be a good way of arguing that digital human rights are universal and hold African governments accountable on how they treat their citizens on this. Here are incredible ways internet freedom can be championed in UPR;

However, there are relevant tips or rules for advocacy of issues for considerations during the preparation of recommendations of a state under review; 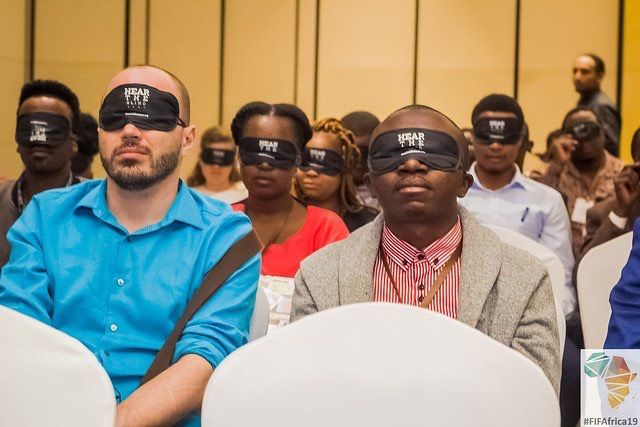 By Hilda Nyakwaka |
The Forum on Internet Freedom in Africa event this year was hosted in Addis Ababa between 23rd and 26th September. This event was considered monumental because a few months prior, there were internet shutdownsand this was a testament to the progressive strides Ethiopia was making in creating an open and accessible internet for its citizens.
The first two days of the week were dedicated to a training on the Universal Periodic Review (UPR) hosted by Small Mediaand Data4Changeand with representatives from over 10 African countries.The UPR, an innovation by the UN Human Rights Council, is a periodic review of the human rights records by the 193 member states of the UN (UPR). The main purpose of this training was to see how to champion for digital rights at the coming UPR.
Over these two days participants went over different concepts such as the importance of making recommendations to countries through the UN in an effort to improve the digital space, how to build capacity for recommendation-making processes, how to increase participation in the UPR process and how to foster collaborations between participants from different countries.
Some common concerns that the participants shared about the previous UPR cycles included the focus of civil society organisations on report writing as opposed to lobbying, lack of accessibility to stakeholder reports by diplomats and other concerned citizens and the lack of focus on digital rights and other human rights when making recommendations.
Some of the key takeaways were the toolsbuilt by Data4Change to guide interested parties in creating advocacy strategy plans. These tools help users to not only see what recommendations have been made to their countries of interest, but to also discover and fill the gaps in the recommendations made and which countries would be important to partner with. During this session, all participants were able to make and rate each other’s recommendations to their individual countries with specific attention to digital rights.
There was also a general agreement to increase local stakeholder mobilization, awareness workshops, jointly documenting abuse of digital rights so as to have greater impact and lastly to properly document all our work. At the end of the training, we were all awarded certificates of completion for attending the trainings and completing online courses pertaining to the UPR process.
The next two days marked the official start of the forum, which was open to everyone who had registered to attend. There were several panel sessions occurring simultaneously focusing on different internet issues across Africa. The opening panel was attended by H.E Dr. Getahun Mekuria, the Minister of Information and Technology in Ethiopia who reiterated the government’s plans to liberalize the telecommunications industry in Ethiopia and to reduce cases of shutdowns in a move to increase and improve the citizens’ access to the internet.
Sessions that I was particularly interested in narrowed, their focus to how marginalized and targeted communities interact with technology and some of the solutions they have adapted to their situations.
One such session was on the importance of African feminist movements in improving women’s voices in the digital space as moderated by Rosebell Kagumire, an award-winning blogger and Pan-African feminist . In this session, feminists from across the continent reiterated the ways in which offline patriarchal systems were replicated online against women. One point that resonated with most attendees was that women were still being policed and bullied out of a lot of social apps such as Twitter and most women preferred to be invisible. Cases were brought up on how hypervisible women were facing a lot of challenges.
In addition to this, there was also a celebratory moment when the panelists mentioned some of the movements that succeeded in championing for women’s rights both offline and online some as big and visible as the #TotalShutdownKE that fought against femicide in Kenya and the revolution in Sudan that had women at its forefront and which gained support from across the world. A major gap that was identified in this conversation was the need for building more local movements and having inclusivity within the movement to include women from the LGBTQI community as their online experiences were unidentified despite being equally important.
Another key session was held on technology and disability where persons living with disabilities spoke about how to use ICTs to reduce accessibility barriers. Some of the challenges the panelists included insufficient ICT training, lack of accessibility features on even the most basic layouts of sites and apps, affordability of devices with accessibility features as one of the panelists cited that a mobile phone with accessibility features would cost one $800 which most Africans both abled and disabled cannot afford comfortably.
An Ethiopian Case Studywas used to explain just how crucial and important it was to provide holistic education and inclusive support to people living with disabilities within our communities. Some of the solutions that the panelists offered up to improve accessibility included proper policy implementation and strict punitive measures for those who failed to implement any policies, being intentional by teaching about accessibility features right from software development classes at the college level and putting a cap to funding that requires companies and organizations to provide opportunities for and hire people living with disabilities in their firms and provide ample accessibility features before receiving full funding. There was also a call to create awareness campaigns to make citizens aware of the challenges that a large section of our communities experience and how to develop protection mechanisms for them.
In conclusion, FIFAfrica 19 was a great opportunity to share experiences and solutions to challenges we as Africans seem to be experiencing when it comes to digital rights and internet freedom. In case you weren’t able to join us in Addis for this edition of FIFAfrica, find herethe agenda for the forum, somelive tweets from the event and the report on the State of Internet Freedom in Africaby CIPESA, launched at the forum.

Ray is an Africa Correspondent for the Global South Development Magazine. He was also  the first journalist in the world to win the UN International Labour Organization (ILO) Global Migration Fair Reporting Prize in addition to being a nominee for the European Union Lorenzo Natali Media Award and the 2016 Digital Censorship Fellow of the Karlsruhe Institute for Media Excellence, Germany.

James is an African Entrepreneur and ICT professional with vast experience garnered over the last 18 years. He is a blogger at wirejames.com as well as a small business consultant and mentor for upcoming entrepreneurs. As one of the pioneer internet practitioners in Uganda, he has seen the evolution of the Internet from a time when it was considered “of no significance” by the politicians to its current state where it is looked at as a strategic resource.
He is currently the Chairman of the Free Software Foundation for Africa (FOSSFA) and a member of the Board of NIC.ug, a body formed by the Government of Uganda to manage the .ug resource.

Juliet has a background in journalism and has worked in the fields of communications strategy, publicity, branding and market research across East and Southern Africa. A lot of her work has involved the exploration of avenues for African development through the intersection of heritage, rights and digital technologies. She has utilised these skills in the advocacy of rights including for access to medication and for online rights. More recently she explores connections between online rights and social innovation in Africa.

She holds a Bjourn with specialisation in Digital Media (Rhodes University, South Africa) and is currently in the Kenya cohort of the 2016 Post Graduate Certificate in Social Innovation Management with the Amani Institute.