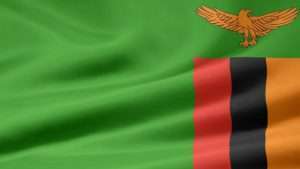 The defining era in Zambia’s current rise in online political and civic activism can be traced back to the period between 2011 and 2013. This is when the late President Sata embraced social media as part of his political and public diplomacy strategy.  As the country now prepares for the August 2016 General Elections, government, its agencies, such as the Election Ccommission of Zambia (ECZ), the opposition and civil society are all immersed in social media.

As the country’s August 2016 polls draw nearer, government has recently increased its presence on social media to abet and encourage horizontal flows of information. This is in contrast to vertical flows, where information generated by societal actors is gathered by the government through usage of a range of methods, ranging from “responsiveness” on social media to media monitoring.

This paper explores reports of information controls and filtering of the ruling regime, whose leader, Edgar Lungu, strives to  balance the dictates of political survival and his reputation as a lawyer who has previously defended press freedoms. The paper analyses past and current key political events that implicate the relationship between internet-based information controls and elections in Zambia. Finally, the paper  extrapolates likely scenarios in the build up to the 2016 General Elections and Constitution Bill of Rights Referendum to be held on 11 August 2016.

Next: Cyber Diplomacy with Africa: Lessons From the African Cybersecurity Convention