Pushing Back Against Internet Shutdowns 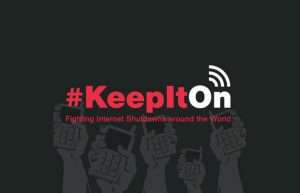 Advancing human rights for the 3.2 billion users of the internet, of which two billion are from developing countries, needs a robust and systematic approach to ensure that the rights individuals enjoy offline are also applicable online. Indeed, debate on protecting online freedoms has taken centre stage as incidents of blockage of access of the internet and related platforms have increased in several countries around the world.

Reports of a recent internet shutdown in Algeria bring to 16, the number of countries affected by shutdowns documented in the first half of 2016. As many as 15 shutdowns were documented in 2015. Of the documented incidents, six occurred in African countries in 2015 and four have been reported this year.

In 2015, internet shutdowns occurred in Algeria, Burundi, Congo Brazzaville, the Democratic Republic of Congo (DRC), Niger, and Togo. Before last month’s shutdown in Algeria, Chad, Uganda, and Ethiopia had earlier this year experienced shutdowns. Meanwhile, other governments, such as Ghana, are considering a social media black-out during the November 2016 election period purportedly to curb abuse of social media.

Ahead of the presidential inauguration last May, Uganda’s Communications Commission (UCC) issued a directive to all telecom providers to shut down social media platforms citing security concerns. This directive saw major telcos, such as MTN Uganda, issuing statements of compliance, citing licensing regulations that dictate mandatory cooperation with government in the event of an emergency or on issues related to national security. Uganda is currently ranked as not free in the Freedom in the World report 2016.

Chad’s decision to shut down the internet and block SMS messaging for several days during the April 2016 election period raised concerns and criticism from the international community and political opposition, with many doubting the credibility of the electoral outcome that extended the 26-year rule of President Idriss Déby. The situation in Chad was reminiscent of the election periods in Congo and Ethiopia, in which social media and other file sharing platforms were blocked ahead of voting, or during civil and political unrest.

There has been widespread condemnation of these unwarranted actions that are often taken in the name of protecting national security, but which have far-reaching consequences for freedom of expression, privacy and the free flow of information. During RightsCon 2016, which took place in San Francisco, United States on March 30 to April 1, AccessNow launched the #KeepItOn campaign to push back on the use of internet shutdowns by governments worldwide. The campaign kicked off with crowdsourcing a definition of an internet shutdown based on numerous suggestions made by experts from Africa, Latin America, Europe, North America, and Asia.

The current working definition of an internet shutdown is: “An intentional disruption of internet or electronic communications, rendering them inaccessible or effectively unusable, for a specific population or within a location, often to exert control over the flow of information.”

Meanwhile, in order to mitigate the effects of internet shutdowns and advance user privacy and security as well as the work of human rights defenders and activists, AccessNow launched a digital security helpline. The Helpline comprises of a team of technologists with a dedicated 24 hour hotline to aid civil society actors with on-call access to rapid response and follow-up for digital security issues, support for securing technical infrastructure, and preventative advice ahead of anticipated attacks (e.g. the lead up to an election).

Globally, many states are party to international human rights treaties such as the Universal Declaration of Human Rights (UDHR), the International Covenant on Civil and Political Rights (ICCPR) which reinforces many of the rights articulated in the UDHR, and the African Charter on Human and Peoples Rights (ACHPR). However, some governments are yet to enact national laws that guarantee data protection and privacy, as well as transparency and accountability in surveillance practices and censorship.

Now more than ever, understanding by state and non-state actors of the obligation to uphold online freedoms is crucial. Efforts in capacity building for digital safety, awareness raising and advocacy require continued documentation of shutdowns, gathering and disseminating information and contributing to the ongoing global public discourse.

Join a global coalition of organisations in the #KeepItOn campaign by a taking a pledge of action, by telling people about the campaign and sharing relevant information.

Next: Announcement: Forum on Internet Freedom in Africa 2016