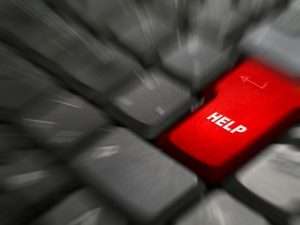 On March 8, the world will commemorate International Women’s Day under the  theme  “Planet 50-50 by 2030: Step it up for Gender Equality”. According to the United Nations, the theme is a reflection of the Sustainable Development Goals related to gender equality and empowerment of all girls and women. However, affronts to women’s rights over the years have leaped from the offline into the online arena.

An estimated one third of all women worldwide experience physical or sexual violence in their lifetime – mostly by an intimate partner. According to a 2015 report, the proliferation of Information and Communication Technology (ICT) tools such as mobile phones and social media platforms are fuelling digitally enabled violence against women (VAW). In particular, the ICT tools which are easily accessible facilitate abuse through enabling anonymity of the perpetrators who could be located anywhere and without physical contact with the victim.

In Europe, one in 10 women have been victims of cyber harassment, including having received unwanted, offensive sexually explicit emails or SMS messages, or unwarranted inappropriate advances on social networking sites.

In Africa, the extent of online VAW remains unknown, mostly due to inhibitions including a culture of silence, and lower levels of access to the internet and related technologies. However, cases of revenge pornography, cyber stalking and cyber bullying are becoming rampant. In many instances, these cases go unreported and victims have limited legal recourse or resources to  seek justice.

See for instance: Kenyan teenager commits suicide after a man she met through Facebook threatened to publish her nude photos; Online VAW victims in Uganda further subjected to threats of prosecution; and Blogging against an ex partner in the Democratic Republic of Congo.

During the 2015  Women’s Day Celebrations, there were calls for greater protections for women’s rights both online and offline. But many women remain uninformed of their rights online and are also unaware of the tools available to secure their online communications and information.

In commemoration of Safer Internet Day, popular social media service Facebook launched the first in a series of global roundtables to promote women’s safety online. Participants at the roundtable, which was held in Nairobi, Kenya, called for more research into the online VAW phenomenon in Africa and advocacy for laws which specifically address the vice. “Influencing policy on online violence against women requires evidence. Not only research but experiences,” noted one participant.

The availability of support mechanisms for victims was also emphasised with participants noting that offensive content takedowns “are not enough” and different kinds of responses were required depending on context. “First line responses need more capacity and awareness around technology. This should trickle down from intermediaries and service providers to law enforcement,” said another participant.

Meanwhile, consensus around definitions of the crimes including across diverse languages and colloquialisms must be agreed to inform advocacy and activism. It was recognised that online VAW is not “a new form” of violence against women, with participants noting that the online issues should be framed alongside issues of domestic violence and freedom of expression.

Furthermore, participants noted that women are not homogenous and efforts to address VAW both online and offline should be multi-lensed. In this regard, consideration should be made for class, ethnicity and religion, among other demographics. As noted at the 2015 Forum on Internet Freedom in East Africa, there are moral, cultural and legal distinctions of instances of violence against women in Africa, for instance genital mutilation.

The roundtable also called for more partnerships at local and international level between tech innovators and human rights organisations to develop tools and services that offer women protection against VAW.

Next: Joint Letter on Internet Shutdown in Uganda