The Challenge of Tackling Online Violence Against Women in Africa 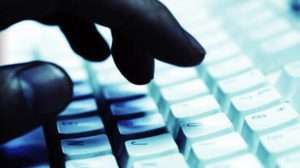 The story of a 19-year-old student from Kenya who committed suicide after a man she met through Facebook threatened to publish her nude photos came to the limelight on the heels of the opening day of the Forum on Internet Freedom in East Africa, which took place in Kampala, Uganda.

The forum, organised by the Collaboration on International ICT Policy for East and Southern Africa (CIPESA), under the OpenNet Africa Initiative, drew a cross-section of people from Africa and beyond, including human rights defenders, academics, , law enforcement officers, communication regulators, media, and the tech community to debate issues impacting online freedom of expression and cyber security in Africa. The emerging issue of online violence against women (VAW), a growing problem worldwide, was among the key topics discussed.

Panelists at the Forum said cyber violence against women exists in several forms, including stalking, sexual harassment, surveillance, revenge pornography, public shaming and use of images or videos to manipulate individuals. It is particularly carried out through email, social media such as Facebook, Twitter and mobile phone instant messaging platforms like WhatsApp.

Ruth Nsibirano, a gender expert from Makerere University, said it is difficult to quantify the extent of cyber VAW in Africa because of several inhibitions including the culture of silence.

“In many cases when women report this kind of violence, they are blamed for causing it and so they end up keeping quiet instead of speaking out,” explained Dr. Nsibirano. She added that many women were reluctant to report their tormentors because of the fear of reprisal and, in other cases, they did not know where to seek redress.

According to Jan Moolman, a feminist activist with  the Association for Progressive Communications (APC) who was on  the panel that discussed gender-based online violence, women’s access to the internet and technology remains low, especially in developing countries, leaving the conversation on internet rights to be dominated by men. She noted that in some African countries, online VAW was targeted at public figures, largely because of the nature of their work.

“We need policies and legislation by governments to say this kind of behaviour online is unacceptable. Just like we are responding to violence against women offline, we need to do the same online,” said Ms. Moolman.

Despite the ongoing reports of harassment and intimidation, Ms. Moolman urged more women and girls to join online spaces in order to be part of the conversation against the vice and how to ensure they are safe when they use different online platforms.

Nanjira Sambuli, a research manager with iHub Kenya, said cases of violence against women are usually difficult to prosecute because the evidence is hard to present.

“The cases that come to the limelight are likely a representative of what we don’t hear or see. We need to work towards frameworks that allow people to report anonymously. That way, we shall have a better sense of what is happening,” she said.

Ms. Sambuli highlighted the fact that efforts to combat violence against women have thus far been mainly offline, with fewer strategies put in place to document the harm that happens online and ensure women know where to seek help when they have been violated.

“The internet especially social media platforms are spaces where people are beginning to negotiate and understand what it means to have freedom and what the boundaries are. The internet should be a space where citizens can engage, learn and build a better society,” she added.

Among the possible efforts to curb the vice, Dr. Nsibirano called for increased education of women on the dynamics of the internet through school curriculums. “That way, we shall get more women who will be knowledgeable when these crimes happen,” she said.

Many countries across Africa do not have specific laws under which offenders can be prosecuted. In Uganda, some offenders have been charged under the Anti Pornography Act, 2014, but participants noted that this law was not sufficient to address the problem given that the same law could be used to prosecute the victims.

“Digital evidence is an area that the world is still trying to figure out,” noted Ms. Sambuli. She stressed the need for laws not to aggravate the infringement of victims’ privacy during investigations and prosecution of VAW crimes.

Previous: Access to Information in Uganda to be Recognised at Internet Freedom Forum

Next: Uganda Marks Decade of Access to Information Law