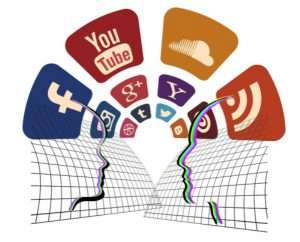 The beginning of 2016 has been marked with a series of arrests and summonses of individuals in Kenya as a result of content shared through social media platforms. Contrary to the constitutional right to freedom of expression, the incidents that relate to up to 10 individuals illustrate the Kenya Government’s continued use of vague legal provisions to stifle online content critical of the state or well-connected business people and high-ranking officials.

On January 22, news broke of an attack by Al-Shabaab militants on the Kenya Defence Forces at the El Adde camp in Somalia. The following day, journalist and blogger Yassin Juma was arrested over updates and pictures  posted on social media relating to the attack. Juma was charged under Section 29 of the Kenya Information and Communications (KIC), 2013 for the improper use of a telecommunication system.

Section 29 of KIC on improper use of system states:

A person who by means of a licensed telecommunication system—

(a) sends a message or other matter that is grossly offensive or of an indecent, obscene or menacing character; or

(b) sends a message that he knows to be false for the purpose of causing annoyance, inconvenience or needless anxiety to another person, commits an offence and shall be liable on conviction to a fine not exceeding fifty thousand shillings, or to imprisonment for a term not exceeding three months, or to both.

In a statement condemning the arrests and intimidation of Kenyans online, the Bloggers Association of Kenya (BAKE) stated that the events were tantamount to “criminalization of civil matters” with users being arrested on charges that ultimately infringe upon freedom of expression. BAKE’s statement lists the arrest and detentions of the following:

These arrests and summons add to a history of arrests made under laws marked by vague definitions and excessive powers granted to the state. The KIC (Amendment) Act, 2013 does not clearly define what constitutes content that causes “annoyance, inconvenience or needless anxiety to others,” while the Penal Code has no clear definition of a “rumour” or “report which is likely to cause fear and alarm to the public or to disturb the public peace.”

Further, the Security Laws (Amendment) Act, 2014 allows blanket admissibility in court of electronic messages and digital material regardless of whether it is not in its original form. Meanwhile, the Media Council Act, 2013 contains “broad” speech offences further reinforced by the Cybercrime and Computer related Crimes Bill, 2014.

Kenya’s technology sector is one of the fastest growing in Africa. The high internet penetration rate of 74% has bred a wave of citizen journalism which has flourished in the absence of the checks and balances present in traditional media and  seeks to place social justice and accountability through ICT at the forefront of the country’s governance.

While these  incidents in Kenya are the result of hate speech and rising terrorism fears, they are no doubt placing a chill on freedom of expression for citizens and the media and contributing to self-censorship for the fear of arrest.

Next: Ugandans Turn to Proxies, VPN in Face of Social Media Shutdown