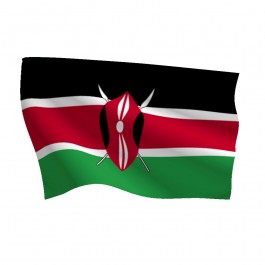 By Juliet N. Nanfuka
As of May 2014, up to 52% of Kenya’s population had access to the internet. This was much higher than in other East African countries, where less than a quarter of the population had access to the internet. Most of the Kenyan population accessed the internet through mobile phones whose own popularity was partly driven by M-Pesa, a mobile phone based financial services system designed by local developers. Currently, Kenya has a mobile teledensity of 77% facilitated by four mobile service providers.
Kenya’s democratic credentials have been improving in recent years, owing to a new liberal constitution and various transparency and governance reforms. The 2010 constitution redistributed power, including that of the president, which for many years had been a highly divisive matter. However, some of the country’s laws as well as recent reforms undermine freedom of expression, including online. This is a familiar occurrence in East African countries, according to the recently released State of Internet Freedoms in East Africa Report.
The use of ICTs In Kenya has brought to the fore the problem of hate speech resulting from ethnic tensions which have polarised the country for decades. Hate speech became most apparent during the 2007 post-election period during which short message service (SMS) fuelled political conflict and ethnic based violence. More than 1,200 people were killed in the aftermath of the elections. A key concern since 2007 has been the movement of hate speech from SMS to social media platforms such as Facebook and Twitter.
The lead up to the country’s March 2013 presidential elections saw the increased use of social media platforms by both citizens and politicians for campaign purposes, civic engagement, and communication, among others. Parallel to this was resurgence of hate speech online. This resulted in the government enacting laws to control hate speech both online and offline. For instance, the National Cohesion and Integration Act of 2008 criminalises the use of speech including words, programs, images or plays that are “threatening, abusive or insulting…” and “with the intent to stir up ethnic hatred…” (Section 13). This Act was supported by the Communications Amendment Act 2009 which also criminalises similar behaviour.
It was also during the elections period that 14 bloggers were sought by Kenyan authorities. Six of them were charged with posting “annoying” statements on social networks under Article 29(b) of the 2009 Kenya Information and Communications Act that prohibits the transmission of a message that is known “to be false for the purpose of causing annoyance, inconvenience or needless anxiety to another person”.
Additional actions included the monitoring of social media especially in the lead up to the 2013 elections as well as the issuance of regulations that required service providers to vet political bulk SMS content before rejecting or sending it.
While these actions and related legal provisions are aimed at controlling hate speech, they have had an impact on intermediary liability, free speech and media freedom online, as well as on privacy of communications. This is somewhat similar to Rwanda where freedom of expression has been curbed and online media heavily regulated in the wake of the 1994 genocide, during which traditional media fuelled ethnic tensions [See State of Online Freedom in Rwanda].
However, it should be noted that it is not only the need to fight hate speech online or to defuse ethnic polarisation more generally that has impeded internet freedoms in Kenya. In 2013, the Kenya Communications and Information (Amendment) Act, 2013 and the Media Council Act 2013 were amended but came with provisions that restrict media freedom and general freedom of expression. Further attempts were made by parliament to pass laws that restrict the operations of non-government organisations.
Kenya is faced with the tough challenge of controlling hate speech online without infringing on freedom of expression and privacy. Vague definitions of what constitutes hate speech and unclear provisions on the procedures for taking legal action against accused individuals leaves the gateway open for uncalled for legal action against those voicing legitimate opinion.
Read more on the practices, legislative environment, and threats to online freedoms in Kenya in the 2014 Internet Freedom in Kenya Report prepared by CIPESA under the OpenNet Africa Initiative.