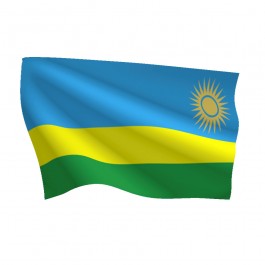 This year, Rwanda observed 20 years since the 1994 genocide. Many stories were shared online informing both local and global audiences of a time that almost brought the country to a standstill. To date, the scars of the genocide period, during which some media houses fuelled ethnic tensions, influence how the state deals with online media.
Rwandan media law grants journalists and non-journalists the right to “receive, disseminate or send information through internet,” noting that every person “is entitled to the right of creating a website through which he/she disseminates the information to many people.” Additionally, the 2013 Law Regulating Media states that posting or sending information through the internet does not require the user to be a professional journalist.
In spite of having this generous law, some blogs and websites with content critical of the state have been targeted and blocked or shut down over the years. Indeed, there is a commonality between Rwanda and some of the other East African countries, such as Ethiopia, Kenya, Uganda and Burundi, in the 2014 OpenNet Africa Internet Freedom Reports [See Regional Summary here] where laws and regulations restrict internet freedoms including through allowing interception of communication with limited oversight.
In April 2014, there were numerous and unrelated reports of online news journalists being arrested and intimidated with some allegedly fleeing the country. One online news editor reported that his website had been hacked and he disowned recent content published under his name.
Earlier in 2011, the online publication Umuvugizi was suspended for six months while its editor Jean Bosco Gasasira was sentenced to two and half years in jail for civil disobedience and insulting President Paul Kagame on the website. There are recent reports that some government employees use false user accounts on Twitter to intimidate journalists and spread propaganda. Ironically, President Paul Kagame has one of the more active presidential twitter accounts on the continent.
In most cases, national unity and security have been used as the reason for invasive monitoring to clamp down on media houses and bloggers in the country. This bears similarity to Kenya which has battled to control hate speech online in the aftermath of the 2007 post-election violence. [See State of Online Freedom in Kenya]

“Whereas online user rights are recognised in various laws, restrictions applied in the context of national security, sectarianism and genocide ideology should be more explicitly defined.”

With a population of 10.5 million, Rwanda’s mobile penetration stands at 63.5% and internet penetration at 19.5%. There are ongoing government-driven initiatives, such as the National Information Communication Technology (ICT) Literacy and Awareness Campaign and Vision 2020, which aim to improve governance, access and ICT skills development. However, this progress in the access to and use of ICTs by citizens and the government remains hampered by regressive laws and regulations. This contributes to self-censorship by both citizens and media when publishing content online which is increasingly becoming the preferred tool of communication.
Read more on the status of the practices, legislative environment, and threats to online freedoms in Rwanda in the 2014 Internet Freedom in Rwanda Report prepared by CIPESA as part of the OpenNet Africa initiative.