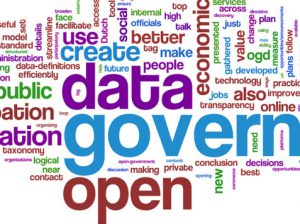 A new study conducted by the Collaboration on International ICT Policy for East and Southern Africa (CIPESA) and the Association for Progressive Communications shows that Uganda is ready to implement a national programme of Open Government Data but success will not come easy.

Why should Uganda open up government data (OGD)? Because implementing OGD has been proven to increase transparency in the conduct of public affairs, undercut corruption, enable citizens to reuse information to deliver improved products and services; and leads to improvements in the delivery of education, health and water to citizens.

Conducted between January and April 2012, the study explored the political willingness, public administration readiness, and civil society interest in OGD. The study’s overall objective was to recommend actions needed for the country to implement OGD and move to openness levels that countries such as those grouped under the Open Government Partnership are working to attain.

The study found that some Ugandan institutions are performing well as far as making public their data and information is concerned. Furthermore, the legal and policy environment, infrastructure, and appropriate human resources are in place. However, with no clear structures, data collection guidelines and tools, the quality of data and its output is limited.

At the top leadership, it was evident that whereas there was willingness to open up government data, this was yet to translate into clear and total commitment. At the middle level, there existed the competence to implement OGD, but the lack of clear goodwill at the Executive level was an impediment.

Fear of the negative effects that the opening up of government data and information might have was noted as a bottleneck. With regard to competence to re-use the data by the public and private sectors, it was evident that there was substantial capacity to use and re-use the open data.

The study made a number of recommendations, one of the most important being the call on government to fully commit to open government. The commitment at the top executive level will pave the way for a number of opportunities for government, private and public sectors.

Besides, there is need to task a government body, preferably the National Information Technology Authority –Uganda (NITA-U), as the in-charge of championing OGD in the country There is also need for awareness creation for public officers, citizens, and private sector on the benefits of OGD. On the whole, it was recognised that a number of initiatives have been running but without effective coordination and direction. It is imperative therefore that leadership is established to champion OGD in a structured and coordinated manner.

The findings of the study will form the basis of advocacy, awareness raising, and network building of CIPESA’s wider campaign in promoting open governance in Uganda and the use of ICTs in democracy and governance.

The study was conducted in the context of the Association for Progressive Communications (APC) Action Research Network, a project supported by the International Development Research Centre of Canada (IDRC).

Previous: Making government accountable to citizens in Uganda and the region

Next: Citizens’ Perceptions on Open Government Data in Uganda