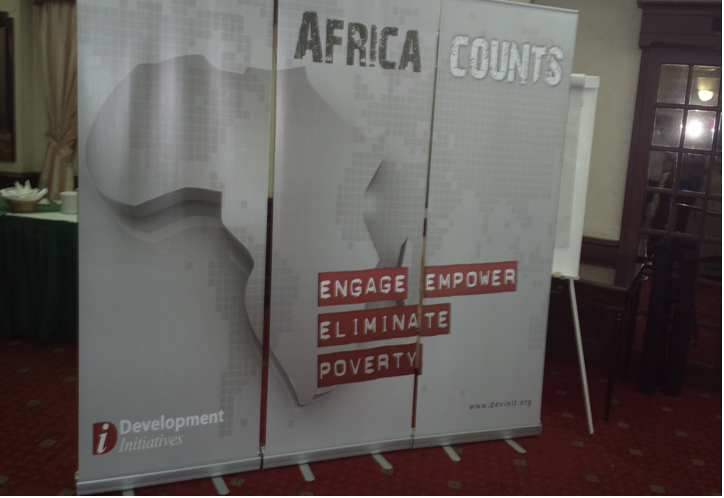 Open Data for improved resource allocation and effective service delivery in Uganda was the theme of the latest Africa Counts roundtable held in Kampala, Uganda on March 13, 2013. Organised by Development Initiatives (DI) and Development Research and Training (DRT), it was the fourth in a series of forums aimed at increasing opportunities for “cross-country, cross-sector and multi-stakeholder” engagements that involve citizens in decision making processes on development issues across East Africa.
The forum explored avenues through which open data can be leveraged to influence resource allocation and effective delivery of public goods and considered potential challenges to the operationalisation of an open development platform in Uganda and possible means of dealing with them. Furthermore, it argued the case for the inclusion of ‘open data’ as a stand alone goal in the post-MDG agenda.

DRT’s Paul Onapa commended the government of Uganda for having in place constitutional guarantees to the right to information, as well the Access to Information Act of 2005.
However, he said, despite having a robust legal framework, access to public information remained limited. “Public data and information management schemes are still largely paper based (available in bulky hard copies and/or online PDFs) and largely aggregated. In addition, this information is scattered in various government departments and only available to a few with adequate contacts,” said Onapa.
He added that open data, with its foundation modelled on digital technology and the internet, offers an opportunity to create a “one-stop portal/platform” where citizens can access, download, and analyse information on matters that affect them, particularly basic services and issues of value for money. With this knowledge, citizens can then meaningfully participate in improving public services.
His remarks were supported by Al Kags of the Open Institute, who stated that a “switched on, participating citizenry” is key to the success of open data as a mechanism for transparency and accountability. The Open Institute has been involved in open government initiatives in Kenya, such as Code4Kenya and africaopendata.org.
Panellists Professor Abel Rwendeire of the National Planning Authority and Margaret Kakande from the Ministry of Finance, Planning and Economic Development) acknowledged the potential of open data to ensure effective resource allocation and service delivery. However, Kakande pointed to a number of challenges being faced by government bodies in embracing open data, such as a lack of legal frameworks on data disclosures.
Edward Ssenyange of the Democratic Governance Facility (DGF) and CIPESA’s Lillian Nalwoga highlighted ways in which citizens’ participation in open data initiatives can be enhanced: placing emphasis on capacity building in the use of ICTs, robust multi-stakeholder engagement (particularly with mainstream media), advocating for key government institutions’ commitment to openness, authenticity and relevance of data.
Currently, a civil society led Open Data platform has been created by the Uganda Open Development Partnership (see OpenDev.Ug and Data.Ug). A key objective is to share development information – on agriculture, education, health, roads sub-sector, etc – and on financial flows including all resource flows to Uganda (aid, domestic revenues, humanitarian assistance, remittances, etc). Making the information accessible and useable by various stakeholders – citizens, government officials, donors, civil society, media and private sector is another objective. CIPESA and DRT are among the founders of the Uganda Open Development Partnership.
Previous Africa Counts roundtable forums include The prospects of East Africa’s natural resource finds (July 2012, Nairobi, Kenya), The state of social protection in East Africa (October 2012, Nairobi, Kenya) and Progress in the Kenya Open Data Initiative (November 2012, Nairobi Kenya).
Outcomes of the Kampala forum will be used to develop targeted messages to inform policy and to stimulate public demand for openness in the conduct of data/information sharing in Uganda. 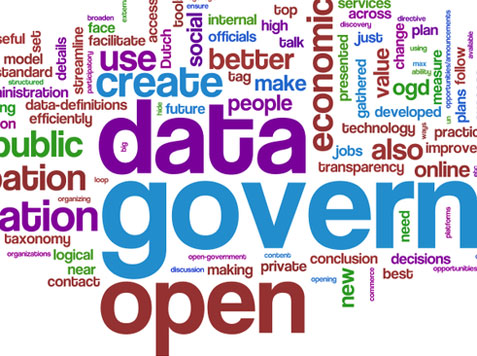 A new study conducted by the Collaboration on International ICT Policy for East and Southern Africa (CIPESA) and the Association for Progressive Communications shows that Uganda is ready to implement a national programme of Open Government Data but success will not come easy.
Why should Uganda open up government data (OGD)? Because implementing OGD has been proven to increase transparency in the conduct of public affairs, undercut corruption, enable citizens to reuse information to deliver improved products and services; and leads to improvements in the delivery of education, health and water to citizens.
Conducted between January and April 2012, the study explored the political willingness, public administration readiness, and civil society interest in OGD. The study’s overall objective was to recommend actions needed for the country to implement OGD and move to openness levels that countries such as those grouped under the Open Government Partnership are working to attain.
The study found that some Ugandan institutions are performing well as far as making public their data and information is concerned. Furthermore, the legal and policy environment, infrastructure, and appropriate human resources are in place. However, with no clear structures, data collection guidelines and tools, the quality of data and its output is limited.
At the top leadership, it was evident that whereas there was willingness to open up government data, this was yet to translate into clear and total commitment. At the middle level, there existed the competence to implement OGD, but the lack of clear goodwill at the Executive level was an impediment.
Fear of the negative effects that the opening up of government data and information might have was noted as a bottleneck. With regard to competence to re-use the data by the public and private sectors, it was evident that there was substantial capacity to use and re-use the open data.
The study made a number of recommendations, one of the most important being the call on government to fully commit to open government. The commitment at the top executive level will pave the way for a number of opportunities for government, private and public sectors.
Besides, there is need to task a government body, preferably the National Information Technology Authority –Uganda (NITA-U), as the in-charge of championing OGD in the country There is also need for awareness creation for public officers, citizens, and private sector on the benefits of OGD. On the whole, it was recognised that a number of initiatives have been running but without effective coordination and direction. It is imperative therefore that leadership is established to champion OGD in a structured and coordinated manner.
The findings of the study will form the basis of advocacy, awareness raising, and network building of CIPESA’s wider campaign in promoting open governance in Uganda and the use of ICTs in democracy and governance.
The study was conducted in the context of the Association for Progressive Communications (APC) Action Research Network, a project supported by the International Development Research Centre of Canada (IDRC).
Download the full report here.
See also citizen’s perceptions on open government data and Q&A with the research coordinator.