By Juliet Nanfuka | The Uganda Internet Governance Forum (UIGF) has since 2006 been a platform for deliberation on internet governance concerns in the country. Debates at the annual forum have progressed from prioritising access and infrastructure to global trends in the internet governance agenda such as the need for increased advocacy of online freedoms, […] Read more

What does the future hold for the Internet Governance Forum?

By Juliet N. Nanfuka As the dust settles following the ninth Internet Governance Forum (IGF) which was held in Istanbul, Turkey between 2 and 5 September, many questions remain lurking. The biggest being whether the IGF has made a strong enough case for its continued existence. The IGF currently has a mandate that takes it […] Read more

By Lillian Nalwoga. With the internet projected to reach almost 20 per cent of the Africa population in 2014, it becomes important to discuss modalities under which it should remain an open and reliable tool for development. It is with this background that Africa Internet stakeholders gathered in Abuja, Nigeria, July 10 -14, 2014 to […] Read more

Online Privacy and Security: The Debate And The Dilemma

By Ashnah Kalemera The issue of internet users’ privacy and security has been widely debated since the Edward Snowden revelations last June put a magnifying glass on the extremes that some governments, such as the U.S., are prepared to go to in the fight against terrorism and cybercrime. To-date, debate rages on amongst human rights […] Read more

As a country with one of the lowest levels of ICT use in Africa, Ethiopia’s online presence is further hampered by regressive laws on surveillance and interception of digital communications. The country’s sole service provider, the state-owned Ethio Telecom, makes it easy for government to monitor and control citizens’ communications. Unlike Ethiopia, all the other […] Read more 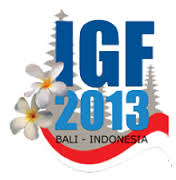 The annual Internet Governance Forum (IGF) today opened in Bali, Indonesia. Taking place from October 22-25 2013, the main theme of this year’s forum is ‘Building Bridges: Enhancing Multi-Stakeholder Cooperation for Growth and Sustainable Development’. An initiative of the United Nations, the IGF is a multi-stakeholder dialogue forum open to representatives from Government, NGOs, academia, […] Read more

The Collaboration on International ICT Policy in East and Southern Africa (CIPESA) in partnership with the Internet Society Chapter Uganda and the ICT Association of Uganda (ICTAU) will host the Uganda Internet Governance Forum (UIGF) at the Hive Colab, Kamyokya on September 18, 2013. The one-day Forum, whose theme is “Harnessing Internet Development in Uganda: […] Read more

Striking a balance between freedom of expression and privacy on the internet was the focus of a panel discussion at a review of one decade after the World Summit of the Information Society (WSIS). The WSIS+10 Review meeting took place at the UNESCO headquarters in Paris, France, February 25-27, 2013. What convergences and tensions exist […] Read more