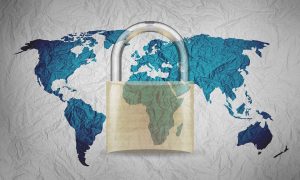 EU Cyber Direct will on September 29, 2021 convene a session on Africa and the Future of International Cybercrime Cooperation as part of the eighth edition of the Forum on Internet Freedom in Africa (FIFAfrica).

According to the Africa Center, African governments face a fast-evolving array of digital threats including espionage, critical infrastructure sabotage and organised crime. The attacks come from a broad range of actors including lone-wolf hackers and criminal syndicates through to foreign governments. Reports indicate that the Covid-19 pandemic has accelerated digitisation on the continent leading to cybercriminals stepping up attacks given the limitations on security infrastructure and capacity, with financial institutions  and telecom companies in particular suffering huge losses.

The estimated economic cost of cybercrime in Africa is USD3.5 billion, and it affects the livelihoods and well-being of millions of people, businesses and communities annually. Due to the global footprint that defines cybercrime, there is a shared transnational responsibility that requires international cooperation and coordination to address the phenomenon. While the United Nations Third Committee has initiated a process mandated with elaborating an international convention on cybercrime, many states are still struggling to understand how this new process fits within existing efforts and what their position should be.

The EU Cyber Direct session will work to identify the priorities of African countries for the upcoming negotiations. The session will also brainstorm on how African stakeholders can contribute to the planned negotiation process, and the role African civil society organisations can play in this process.

As part of efforts to combat cybercrime in Africa, the African Union under its Agenda 2063 that was adopted in 2014 recognises cybersecurity as a key priority to ensure that new technologies are used for the good and prosperity of individuals and institutions on the continent. The session is thus timely and will bring synergies to the other on-going efforts towards a more secure cyberspace on the African continent.

FIFAfrica convenes various stakeholders from the internet governance and online rights arenas in Africa and beyond to deliberate on gaps, concerns and opportunities for advancing privacy, access to information, free expression, non-discrimination and the free flow of information online. This year’s forum, which runs from September 27 to 30 2021, is hosted by the Collaboration on International ICT Policy for East and Southern Africa (CIPESA) with support from Ford Foundation, Sigrid Rausing Trust (SRT), Omidyar Network, Small Media, Internews, the European Union Institute for Security Studies (EU ISS), and the Slovenian Presidency of the Council of the European Union.

Next: Africa Law Tech Festival 2021: CIPESA Demystifies the Role Of Lawyers And Courts In Ensuring Digital Access To Justice Amidst The Covid-19 Pandemic