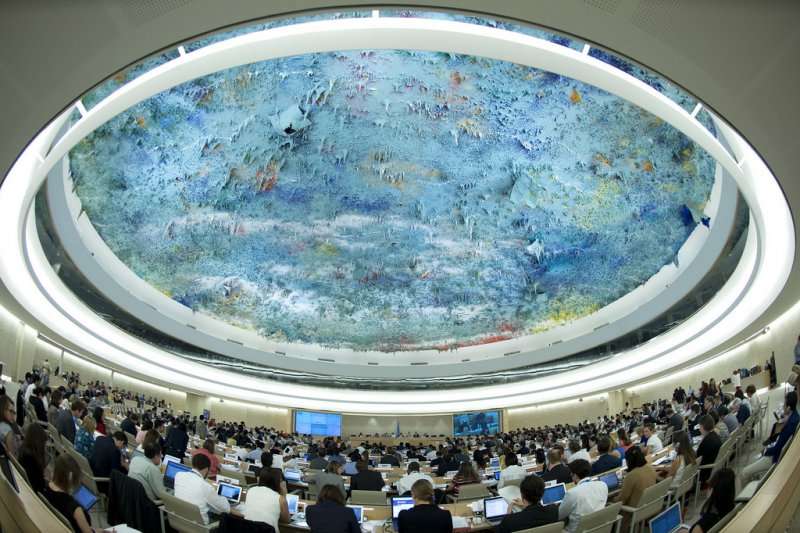 On February 3, 2020 Malawi scored a democracy victory when the Constitutional Court nullified the May 2019 presidential elections and ordered for fresh polls within 150 days. In that time, the country will also undergo its Universal Periodic Review (UPR) by the Human Rights Council, scheduled for May 2020.  Whereas previous reviews did not receive elections-related recommendations, Malawi’s  democratic credentials – freedom of expression, media freedom, and access to information – have come under scrutiny.

At the upcoming review, it is crucial that the country’s democratic credentials are scrutinised and recommendations to the Malawian government reflect explicitly the need to uphold rights and freedoms online and offline, in line with the state’s obligations under Articles 17 and 19 of the International Covenant on Civil and Political Rights (ICCPR).

In recent years, Malawi has made significant policy and structural reforms in the technology sector. The third Malawi Growth and Development Strategy (MGDS III) (2017–2022), recognises Information and Communications Technology (ICT) among the five priority areas in accelerating development. The strategy aims to increase access to ICT services; provide well-developed ICT broadband and infrastructure services; and increase the number of ICT-skilled and industry-ready workforce in public and private sector institutions. Meanwhile, the National ICT Policy, 2013 is dedicated to promoting the use of ICT in the country, and a national fibre optic backbone project was completed in April 2018.

However, the country must  commit towards ensuring a conducive environment for privacy and data protection as well as access to and affordability of the internet and related technology as key enablers of social, economic, and political development.

The Electronic Transactions and Cybersecurity Act of 2016 provides for restrictions on online communications to “protect public order and national security”. The law also penalises “offensive communication” via online platforms with fines of Malawian Kwacha (MWK) 1,000,000 (USD 1,352) or a maximum 12 months prison sentence. Section 4 of the Protected Flag, Emblems and Names Act, 2012 makes it an offence to “do any act or utter any words or publish or utter any writing calculated to insult, ridicule or to show disrespect” to the President, the national flag, armorial ensigns, the public seal or any other protected emblem or likeness. The Penal Code penalises sedition (punishable with a fine of up to MWK 354, 845 – USD Dollars 480 – and imprisonment of five years for first time offenders and seven years for subsequent offences), and libel (up to two years imprisonment).

In the previous cycle of the UPR (May 2015), the government of Malawi received three recommendations relating to freedom of expression, opinion and the press from the governments of Austria, Ghana, and Tunisia although none explicitly mentioned the online sphere. Austria and Tunisia’s recommendations to “fully investigate all cases of harassment and intimidation of journalists and human rights defenders with a view of bringing the perpetrators to justice” and “issue a standing invitation to the special procedures of the Human Rights Council and ensure an enabling environment for the activities of journalists, human rights defenders and other civil society actors”, respectively were supported. However, Ghana’s recommendation to “decriminalise defamation and incorporate this into the Civil Code” was only “noted”.

Since then, there have been various instances of restrictions on freedom of expression online with notable arrests and prosecution for allegedly insulting the President and First Lady on Facebook; speech against a marginalised group; circulating forged documents; and treason. In July 2019, the Minister of Information and Government Spokesperson warned that the Electronic Transactions and Cyber Security Act, 2016 would be used to take punitive action against online speech viewed as denigrating to others. Furthermore, in the run up to the now annulled elections, the Malawi Communications Regulatory Authority (MACRA) issued a notice warning the public against disinformation on social media platforms. The notice stated that the regulator would “work with various stakeholders to seek ways of countering the spread of fake news.”

However the Official Secrets Act under section 4(1) prohibits disclosure of a wide range of information. The Preservation of Public Security Act (1960), under section 3 (Public Security Regulations) makes it an offense to publish anything likely to be “prejudicial to public security; undermine the authority of, or the public confidence in, the government; promote feelings of ill-will or hostility between any sections of classes or races of the inhabitants of Malawi; or promote industrial unrest in the country.” These two outdated laws place restrictions on access to information, in addition to offenses relating to sedition and publication of false information under the Penal Code. Further, Section 46 of the Penal Code empowers the Minister of Justice to prohibit the publication or importation of any publication that he or she considers to be contrary to the public interest.

During the second cycle of the UPR, the government of Malawi received two recommendations from Norway relating to the freedom of information – “Consolidate the policy gains into legal reforms on issues such as treatment of same-sex relations and access to information” (noted) and “Prioritise public education and information as well as capacity building of state institutions as part of efforts to strengthen implementation of national human rights legislation” (supported).

Since the review, instances of restrictions to access to information online include internet outages on election day in May 2019, with reports suggesting that the disruption was ordered by the government to disrupt information flows and keep citizens un-informed during the election. On censorship of content, amidst concerns over “moral standards, values and aspirations as a nation” within the music industry,  in May 2018, the Malawi Censorship Board embarked on a programme to review songs and films with “suspicious moral content” in order to “protect the rights of listeners”. In February 2019, Malawi Police arrested a musician for producing a “blasphemous song”. He was sentenced to two years in jail. According to Freedom House, “several journalists have complained that their articles are sometimes never published online or in print because their editors received directives from officials to refrain from publishing about certain topics”.

Section 157 of the Communications Act of 2016 mandates MACRA to establish a Universal Service Fund. In October 2019, MACRA announced that it would roll out the Universal Access to Information and Communications Technology (ICT) Services Project starting in 2020 to ensure universal coverage in the country, including to rural and under-served areas.

Despite these efforts, ICT adoption in Malawi remains among the lowest in the world – 25.5 mobile broadband subscriptions for every 100 inhabitants as at 2017, the most recent year International Telecommunications Union (ITU) data is available for. The Inclusive Internet Index 2019 which assesses internet availability, affordability, relevance of content and readiness ranks Malawi 98th out of 100 countries. Malawi is currently ranked 52 out of 61 countries in internet affordability. The average monthly cost of 1GB data is MWK 3,500 (USD 4.8).

The country has maintained a 17.5% value-added tax (VAT) on mobile phones and services, a 16.5% VAT on internet services and an additional 10% excise duty on mobile phone text messages and internet data transfers, introduced in 2015.

In October 2019, the government of Malawi attempted to introduce a 1% withholding tax on mobile money transactions in the 2019/20 National Budget. The proposal was withdrawn following pressure from civil society groups and the private sector.

The right to privacy is enshrined in Section 21 of the Constitution of Malawi, which stipulates that “Every person shall have the right to personal privacy, which shall include the right not to be subject to: (a) searches of his or her person, home or property; (b) the seizure of private possessions; or (c) interference with private communications, including mail and all forms of telecommunications”.

Malawi does not have a standalone data protection law. In March 2018, the then Minister of ICT, Nicholas Dausi, announced plans to draft a bill on data protection in response to the changing media and technological landscape. In the meantime, The Electronic Transactions and Cybersecurity Act of 2016 which aims “to put in place mechanisms that safeguard information and communication technology users from fraud, breach of privacy, misuse of information and immoral behaviour brought by the use of information and communication technology” provides some protections. The Act provides for the processing of personal data (section 71); and the rights of data subjects (section 72) while sections 73 and 74 relate to the obligations of a data controller. Under section 84, the Act criminalises unauthorised access, interception, and modification of data with conviction attracting fines of MWK2,000,000 (USD 2,680) and imprisonment for five years. However, article 29 requires service providers to retain data and disclose it when required by courts.

There is also the Communications Act of 2016 which criminalises unlawful interception or interference, and disclosure of electronic communications (section 176), with penalties upon conviction of a fine of MWK 5,000,000 (USD 6,500) and imprisonment for five years.

Section 20(1) of the Access to Information Act of 2017 requires an information holder to notify third parties if information being requested relates to confidential or commercial interest. Third parties are required to respond in writing within 10 working days from the date of receipt of the notice and indicate whether the requested information is considered confidential and provide reasons for non-disclosure. The Act also prohibits information holders from disclosing information whose disclosure would result in the unreasonable disclosure of personal information about a third party (section 29) or which is likely to result in endangering the life, health or safety of a person (section 31). On the other hand, information holders are prohibited from disclosing legally privileged information unless the data subject (patient, client, source or person entitled to the privilege), consents to the release of the information or has waived the privilege or a court order is made to that effect (section 32).

The major weakness of the current legal and policy framework is the lack of a dedicated data governance framework. This is especially problematic considering ongoing mandatory personal data collection exercises such as SIM card registration and biometric data collection as part of the national identification programme. Meanwhile, the government is reported to have rolled out the Consolidated ICT Regulatory Management System (CIRMS), with perceived surveillance capabilities. In 2017, the Malawi Supreme Court of Appeal dismissed an application by Telekom Networks Malawi (TNM), one of the country’s mobile service providers, to stop the implementation of the CIRMS on privacy grounds.

As part of Internet Freedom and UPR advocacy efforts at the Human Rights Council, the Centre for Human Rights and Rehabilitation (CHRR),  the Collaboration on International ICT Policy for East and Southern Africa (CIPESA), and Small Media made the following recommendations to UN members to consider putting forward to the Malawi delegation during the upcoming review: