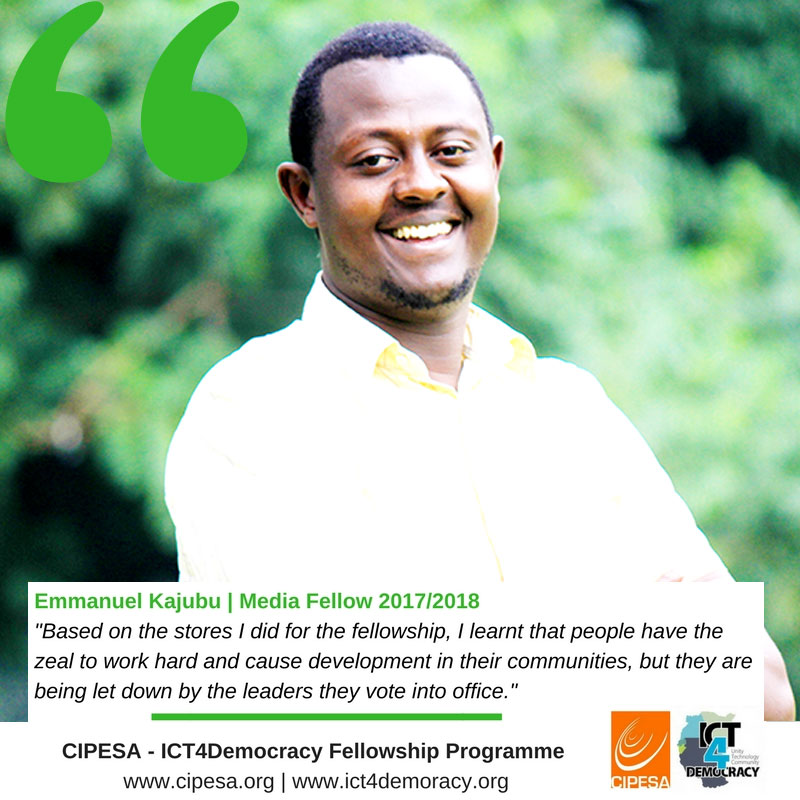 Media Fellow Emmanuel Kajubu assessed the performance of elected leaders in Western Uganda, a year after they were voted into office. Many of them had committed to improve service delivery in education and health if they were elected.

Kajubu focussed on the districts of Kabarole, Kasese, Kyenjojo, Kyegegwa, Ntoroko and Kamwenge, which form the Rwenzori region, and worked in collaboration with ICT4Democracy in East Africa partner Toro Development Network (ToroDev).

In interviews with the electorate, some members of the community said that after being elected, the leaders had not returned to consult them on issues affecting the community or fulfilled pledges made during campaigns. In response, many of the elected officials argued that they were constrained to carry out monitoring and supervision of government projects due to lack of funds.

He also developed an eight-minute radio feature which summarised the views of the electorate and local leaders. It was broadcast on Hits FM Radio in Fort Portal on October 22, 2017. The radio station works with ToroDev and serves as a platform for the community in Western Uganda to air out issues affecting them and also for leaders to be accountable to the community.