Zone 9 Bloggers To Speak on Censorship, Repression and Surveillance at the Forum on Internet Freedom in Africa 2018 (FIFAfrica18)

In order to contribute to the democratic discourse in Ethiopia, in May 2012, nine individuals formed the Zone 9 blogging collective – a loose network of activists regularly blogging and campaigning on human and democratic rights. However, two weeks after the launch of the initiative, the Ethiopian government blocked access to the collective’s online platform. In April 2014, six members of the collective were jailed on allegations of working with foreign organisations and rights activists by “using social media to destabilise the country.” The other three members fled into exile.

At the upcoming Forum on Internet Freedom in Africa 2018 (FIFAfrica18) members from the collective will share a stage and speak on their experiences of censorship, repression and surveillance. In an hour and half long session, members of the collective will share their stories including the tactics employed by the state to surveil and censor them, their trial, imprisonment for 15-18 months, and post-incarceration trauma. Their participation will serve as a means of raising awareness on the realities of being an activist in a repressive state and life after release from incarceration.

The collective gets its name from the eight zones of the notorious Kaliti prison in Addis Ababa where political prisoners are housed. The ninth zone is a metaphorical extension of the zones to apply to the rest of the country due to the harsh controls on freedom of speech and association across Ethiopia at the time.

In February 2018, after six years of facing charges that included terrorism and inciting violence, prosecutors in Ethiopia dropped all charges against the last members of the collective that still faced prosecution.  The announcement came as part of ongoing economic and political reforms in the country since the resignation of former Prime Minister Hailemariam Dessalegn in February 2018, and appointment of a new premier, Abiye Ahmed, two months later.

Since then, the government has freed thousands of prisoners; announced measures to liberalise the telecom  sector; and dropped charges against many opposition leaders, bloggers, and activists. Further, the new administration has lifted the state of emergency that had been reinstated in February 2018, reconnected mobile and broadband internet services that were cut off since 2016, and unblocked 246 websites, blogs, and news sites that had been inaccessible for over a decade. 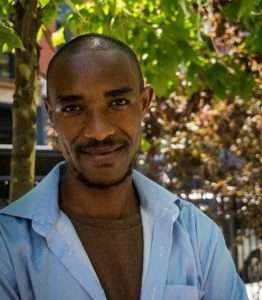 Zelalem Kibret is an Ethiopian scholar and blogger. He was previously a Scholar-at-Risk fellow at the Hutchins Center for African and African American Research, and the Center for Human Rights and Global Justice, at New York University School of Law. By training, Zelalem is a lawyer specialised in Public International Law. Until April 2014, he was a Professor of law at Ambo University in Ethiopia.

Among his interests is research which focuses on transitional politics and justice, traditional justice, individuals in international law, counter-terrorism, new social movements, and liberation technology.

Zelalem is the co-recipient of the 2015 Committee to Protect Journalists’ (CPJ) International Press Freedom award and the 2015 Reporter Sans Frontieres’ (RSF) Citizen-Journalist award. He earned his LL.M degree from Addis Ababa University in Public International Law. 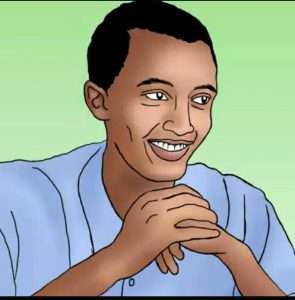 Nathenael Feleqe Aberra is a co-founding member of Zone 9 Activists and Blogging collective. He is an active member of the Ethiopian Economics Association and a full time employee in a financial intuition in Ethiopia  with close to eight years’ experience in Human Resource Management. His interest areas include Economic Development, Democracy and Human Rights. 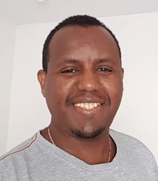 Jomanex Kasaye | Born and raised in “the jewel of rift valley” – Adama also known as Nazareth located 90 km from the capital Addis Ababa, Jomanex is an Information Technology enthusiast, who has previously worked as a tutor and system administrator in addition to running his own businesses. He is a co-founding member of the Zone 9 Activists and Blogging collective and now lives in exile.

Befekadu Hailu Techane describes himself as a Management Information Systems (MIS) expert by profession who turned a writer by inclination. His novella titled “Children of Their Parents” won the Bill Burt Award for African Literature (Ethiopia) in 2012. He has worked as an editor for Enqu Magazine, editor-in-chief for Weyeyet Magazine and volunteering editor for Global Voices [all in Amharic]. His blogging and activism work has seen him jailed four times – including an 18 month detention period. Befekadu is among the co-founders of the Zone 9 Activists and Blogging collective.

He currently works as a columnist for Duestche Welle Amharic Service, as a freelancing journalist for ethiotube.net, an internet TV channel, and part-time program coordinator for Ethiopian Human Rights Project. 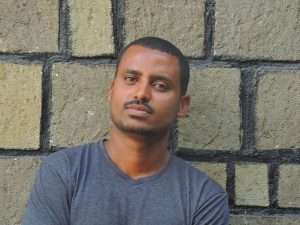 Atnafu Brhane is a blogger and human rights activist in addition to being one of the co-founders of the Zone 9 Activists and Blogging collective. He began his career as an IT expert for a local administration office in Ethiopia before joining the collective. He also worked with Article 19 East Africa to give digital security trainings for human rights activists and journalists.

His work with the collective saw him get arrested and charged with terrorism in 2014 following which he spent 18 months in prison. He currently works as Digital Media Coordinator and Campaigner for  the Ethiopia Human Rights Project. 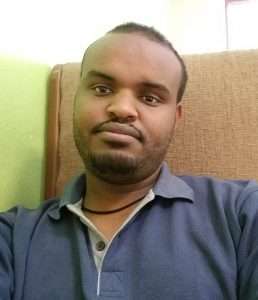 Abel Wabella describes himself as a passionate storyteller, who is fascinated by the commencement of the digital era. As a social media marketer, Abel has developed a sound knowledge of new media tools and techniques. Since he started blogging in 2011, he has engaged in social media activism, humanitarian advocacy, social justice projects, localisation and business projects.

As such, Abel shifted his career interests from mechanical engineering into the media arena. His work saw him detained, which served to further fuel his activism. Abel has a vast virtual office experience and is a member of the Global Voices volunteer community of more than 1,400 writers, analysts, online media experts, and translators, which localises its content into 40 languages including Amharic. He is also a co-founder of the Zone 9 Activists and Blogging collective.

Previous: CIPE to Preview New Policy Guide on Digital Economy at the Forum on Internet Freedom in Africa

Next: Meet representatives from the Freedom Online Coalition (FOC) at FIFAfrica18