When figures are put forth, bringing the arguments of something to the table, the conversation changes. One starts to look at the loss accrued from their actions or inactions and make an informed decision. In the same vein, when people come together to fight for a course, a just course, the likelihood of succeeding is higher.

This was the case at the Forum on Internet Freedom in Africa 2017 where the Collaboration on International ICT Policy for East and Southern Africa (CIPESA) launched a report affirming that over a period of 236 days, internet disruptions in 10 African countries led to loss of US$237 million. That is a colossal amount, equivalent to some budgets of key infrastructure projects on the continent.

Meanwhile, the 2017 State of the Internet Freedom in Africa Report themed; Intermediaries’ Role in Advancing Freedom: Challenges and Prospect also highlighted the critical role of telecommunications companies in government-initiated shutdowns and censorship. 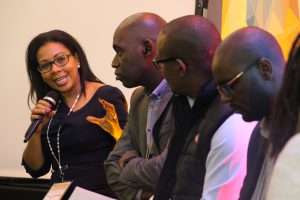 In a panel on privacy and freedom of expression, a representative from Zimbabwe’s Ministry of ICT, Postal and Courier Services asserted that the country will not shutdown the internet. Neither will they disrupt social media. The official stated that the negative effects of shutdowns initiated in other countries were clear and limiting access to the internet stifles expression, causes more harm than good. For an otherwise autocratic regime, this is telling of its appreciation of the impact technology has on the lives of citizens; social-economic and political.

Equally important to the debate about quantifying the cost and impact of shutdowns was the session titled ‘Unmasking the real impact of internet shutdowns in Africa’. The panellists included Fiona Asonga from Tespok, a Kenyan organization that brings together telecom operators but also software & hardware developers & ICT hubs.

Asonga shared on policy advocacy efforts to push back against the Cameroonian government’s shut down of the internet in the English speaking regions for 93 days.  She emphasised that continuous engagement was key to ensuring progressive actions from such governments.

The #KeepItOn session was great for advocacy enthusiasts. Here, coalition experiences of how to fight back against shutdowns were shared including joint condemnation letters to authorities and social media campaigns. Perhaps the most piercing is the collecting and dissemination of individual impact stories on the negative effects of shutdowns to lives. Such, go beyond abstract thoughts and conversations to real life scenarios.

Privacy was another recurring theme at the Forum with discussions highlighting the lack of data protection policies in many African countries, which had led to a growing trend of data breaches. For instance in Kenya where data protection is not well regulated, concerns arise as to whether intermediaries care an inch about the tons of private data they have on people. Kenyans receive unsolicited SMSs from politicians and businesses about their products. They can easily blame telcos for sharing their data but between the telco and themselves, lay tens of places like buildings and mobile money outlets where details are disclosed and any unscrupulous individual can mine for personal gain.

What was lacking from these conversations were insights on how African countries can fast track implementation of effective data protection laws. Going by the example of the Access to Information Act in Kenya that took the Private Members’ Bill approach after government stalled, could such an approach be explored towards citizens’ realisation of the right to privacy?

Overall, sessions at the Forums were quite timely, and so were the practical digital security clinics run by Access Now and DefendDefenders to ensure activists are equipped with the necessary skills and knowledge to work safely and securely.

Here is to a toss The Collaboration on International ICT Policy for East and Southern Africa (CIPESA) and the Association for Progressive Communications for a good job done.

The article was originally published on the iFreeKe website

Previous: Strategic Litigation as an Answer to Preventing Internet Shutdowns?