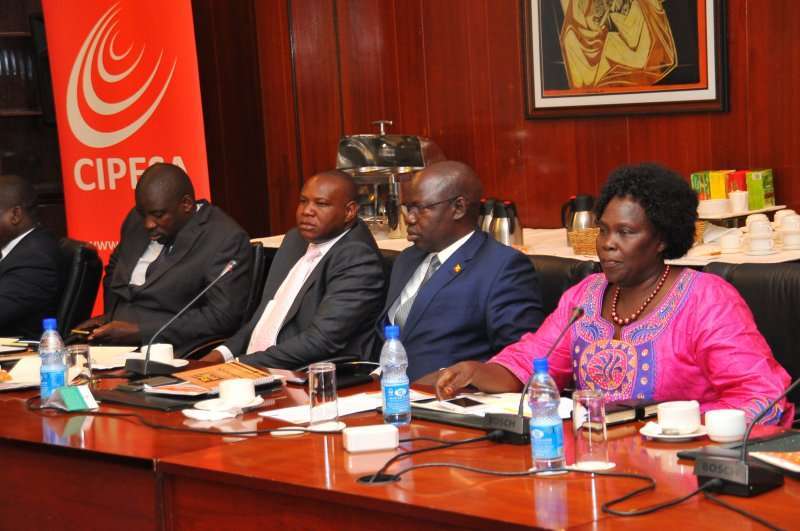 By Loyce Kyogabirwe |
It is 12 years since Uganda passed an access to information law with the purpose of promoting transparency and accountability in all organs of the state by providing the public with timely, accessible and accurate information. The law also empowers the public to scrutinise and to participate in government decisions. However, the law has remained largely unimplemented as many Ministries, Departments and Agencies (MDAs) ignore citizens’ requests for information and rarely release information pro-actively, which contravenes the law.
“I have sent several information requests to the Ask Your Government (AYG) Uganda portal. It is now three months and I have never received any feedback,” said Cuthbert Abigaba, Member of Parliament (MP) for Kibaale county in Kamwenge district, while speaking at an engagement of Uganda’s MPs on implementing the Access to Information Act 2005. Organised by the Collaboration on International ICT Policy for East and Southern Africa (CIPESA) on July 13, 2017, the convening was a follow up on an earlier engagement with the MPs on their duties and responsibilities in enforcing the access to information law.
Section 43 of the Access to Information Act requires parliament to receive annual reports from each minister detailing all requests received from citizens for access to records or information, and indicating whether access was granted or not, and where access was not given, the reasons for the denial.
However, Parliament has never received any such reports, nor has it asked ministries to comply with this provision of the law. This issue was also raised earlier in April 2017 when CIPESA presented a position paper on the State of Access to Information in Uganda to MPs on the ICT Committee. The paper highlights some government initiatives to promote access to information, identifies gaps in the law, and makes recommendations for amendments to the law in order to enhance citizens’ access to information.
At the this month’s meeting, CIPESA presented to 16 MPs a comparative analysis of access to information legislation in East Africa and urged the lawmakers to pursue the proposed amendments so as to align Uganda’s law with progressive provisions in some of the East African Community (EAC) Member States’ laws, as well as to international human rights instruments.

During the meeting, the MPs expressed concern over insufficient knowledge among legislators about their duties and responsibilities under the law. They also noted that citizens were not sufficiently aware of their rights and the obligations of public officials. The legislators called for wider awareness raising to increase citizens’ demand for information. “If a Member of Parliament like me did not know the access to information law, what about the citizens who are not even educated?” said Rose Mutonyi, MP for Bubulo West, Manafwa district.
On the other hand, the MPs appreciated the recommendations and proposed amendments contained in the two position papers and suggested an action plan for meaningfully implementing the access to information law. Among the strategies put forward was to engage the Office of the Speaker of Parliament, sensitise more MPs to demand for annual reports from ministers, and engage ministers to submit the annual reports.
Nonetheless, the MPs cited the need for more capacity building on access to information for the majority of legislators to inform their discussions in parliament. As noted by Majegere Kyewalabye, MP for Bunya East, Mayuge district, “We need to be prepared more before we can go on the floor of parliament to present these issues.”
The engagement with MPs was organised by CIPESA in partnership with the Greater Parliamentary North Forum in the context of the ICT4Democracy in East Africa initiative’s objective to engage stakeholders on supportive policies and practices for human rights and democratic governance in East Africa.