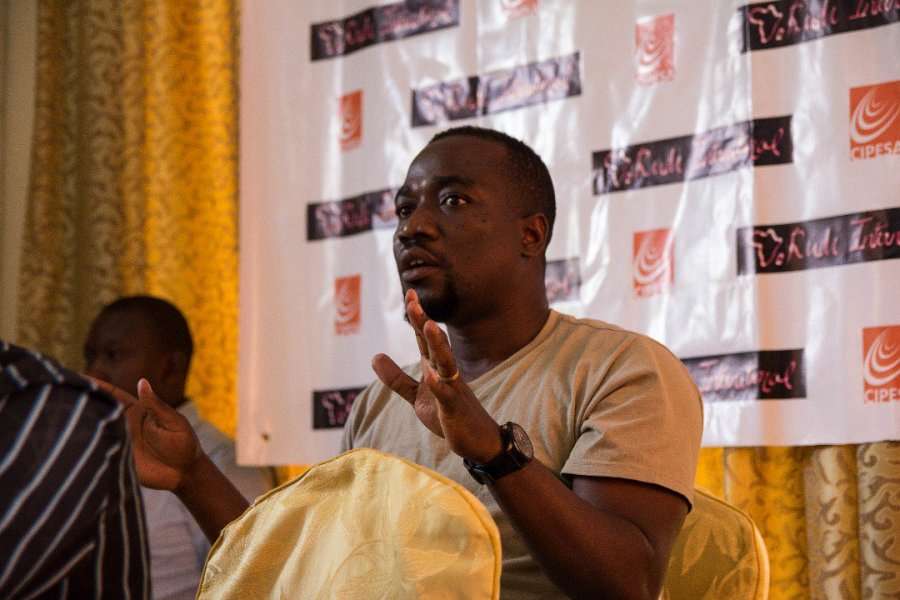 Statement |
Civil society actors in the Congolese town of Goma have urged the Government of the Democratic Republic of Congo (DRC) to make amendments to its current laws governing Information and Communication Technologies (ICT) to make them favourable to the growth of internet usage, as well as online privacy, access to information and freedom of expression.
The civil society actors, including journalists, digital rights activists and bloggers, also urged the country’s Parliament and the Ministry for ICT to offer meaningful avenues for citizens to provide inputs to proposed new laws related to the telecommunications industry.
The Government has recently sent to the Parliament the Telecommunications and ICT Bill which is aimed at updating the Framework Law 013/2002 on Telecommunications, as well as the e-Transactions Bill, and a law amending the Act that set up the regulator – the Authority of the Post and Telecommunications of Congo (ARPTC). However, neither the Parliament, nor the Ministry, have announced opportunities for other stakeholders to make comments or submissions on these draft laws.
The importance of stakeholder consultations in Congo’s policy-making processes was among the issues that emerged during a two-day ICT policy and advocacy training workshop hosted in Goma on June 10- 11, 2017, by Rudi International and the Collaboration on International ICT Policy for East and Southern Africa (CIPESA). Participants noted that the exclusion of private sector and civil society actors from the law-making process could lead to the passing of laws that are detrimental to internet access and usage in the central African country.
Presently, ICT adoption in DRC faces several challenges including unreasonably high data costs which have largely contributed to the low internet penetration rate of 4.2% as of 2016. The Framework Law 013/2002 on Telecommunications and the Law 14/2002 on the Regulator are the primary laws governing online communication but they do not adequately provide for citizens’ rights to privacy, nor do they provide a conducive environment for citizens to enjoy the right to free expression.
Further, these laws contain vague clauses such as ‘public interest’, ‘disruption of public order’, ‘ultimate truth’, and ‘national security’ which create the latitude for unwarranted abuse of the laws including through censorship and surveillance. Meanwhile, internet and telecommunications services providers lack protection from undue state interference as has been evidenced by the evolution of communications shutdowns in recent years.
The proposed new laws are welcome because they present an opportunity to expunge retrogressive articles from the existing laws and to address the current gaps. However, the current drafts neither reflect sufficient protections for citizens’ rights to privacy and freedom of expression, nor do they adequately support the free flow of information online. For instance, the Telecommunications and ICT Bill contains several problematic clauses, including granting the minister excessive powers over the interception of communications and interruptions to communications. The minister and the regulator also maintain strong over the operations of service providers. Furthermore, there are weak provisions related to data protection, with the bill lacking independent oversight mechanisms particularly with regards to the state making user information requests to service providers.
The lack of independent oversight mechanisms to safeguard against the abuse of the excessive power by the minister fails to ensure that citizens are protected against unwarranted interception of communication.
While article 175 of the proposed ICT and Telecommunications law recognises the right of a citizen to demand for information on their personal data from the state or another entity, there are no clear provisions on how this information can be requested or whether the holders of this information are obliged to respond to an information request within a specified timeframe.
Secure online communication is prioritised in articles 116–117. However, clauses which permit the state to intercept private communication with limited safeguards are also included. Further, article 119 includes a provision for the General Prosecutor to designate a chief magistrate who can instruct any qualified agent from the Ministry of ICT or a telecommunications company to put in place mechanisms that allow for interception of citizens’ online communication.
During the training workshop, the civil society actors noted that these clauses contravene international human rights standards as set out in a number of instruments including the Universal Declaration of Human Rights, African Charter on Human and Peoples’ Rights and the African Declaration on Internet Rights and Freedoms. As such, they recommended that:

These recommendations echo those made by CIPESA in the State of Internet Freedom in DR Congo 2016 report, which also called for the Parliament to work with more stakeholders including civil society, internet users, private sector, academics and the media to review laws and amend those that limit and restrict citizens’ rights to privacy, assembly, expression and access to information. The report also stated that the drafting and amendment of laws should meet acceptable international human rights standards.