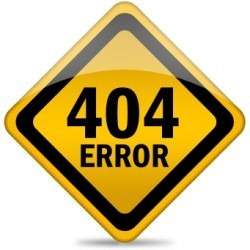 | By CIPESA Writer
On the morning of the highly anticipated general elections in Uganda, citizens woke up to no access to social media platforms Facebook, Twitter and Whatsapp. The popular mobile phone-based financial transaction service commonly known as Mobile Money was also offline.
Tech-savvy Ugandans keen to keep information on the electioneering process flowing turned to sharing information on proxies and apps that enable circumventing the blockage through Virtual Private Networks (VPN).
Within hours, as more and more citizens got back online, there was a spike in social media activity. By 1pm local time, the hashtag #UgandaDecides recorded 35,000 tweets. Three hours later at 4pm, the number of tweets with this hashtag had jumped to 56,000. By 5pm, the hashtag boasted over 64,000 tweets. As at 7pm, the figure stood at over double that of 1pm and was still growing.
Incumbent President Yoweri Museveni, who has been in power since 1986, is standing in the current elections and faces perhaps the strongest electoral challenge ever to his three-decade rule. Ugandan citizens’ level of online civic engagement was sparked by the first ever televised presidential debates, the first of which was held in January and the second just last week. During both debates, #UgandaDecides alongside #UGDebate16 trended, raising some level of trust in the electioneering process.
But this trust seems to have been turned on its head today. Internet services in various areas of the country have been intermittent, leaving many unable to access information. Leading telecommunications service provider MTN issued a statement confirming that Uganda Communications Commission (UCC), the regulator, had “directed MTN to disable all social media and mobile money services due to a threat to public order and safety.” There has been no communication from any of the other service providers including Vodafone, which has championed disclosure of government requests for user information and surveillance support through its annual Transparency reports.
An official at the communications regulator confirmed to the local Daily Monitor newspaper that they directed ISPs to block access to social media sites over “national security” concerns related to the “sensitive” elections period.
As the day progressed, growing numbers of citizens were able to share updates on late arrivals of voting materials at various stations, reports of election malpractice, and provisional election results.
Previous election periods in Uganda have seen a crackdown on social media, voices critical of the ruling party, and independent media in the guise of promoting public order and unity as well as preventing the spread of false information. The 2011 elections were marked with filtering of short message services (SMS) which contained certain words.
Today’s blockage is for an indeterminate period.
See also State of Internet Freedom in Uganda reports 2014 and 2015.

2 Replies to “Ugandans Turn to Proxies, VPN in Face of Social Media Shutdown”