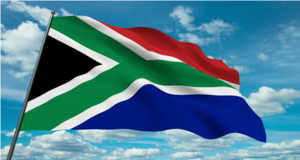 South Africa is among the top five African countries with the highest mobile broadband reach, preceded by Ghana, Zimbabwe, Namibia and Egypt. As of June 2014, internet users had increased to 52% of the population, majority of them using mobile devices to access the internet.

Although the country has been ranked free in internet freedom rankings and held highly in respect to promoting equal rights, recent developments in the offline and online world say otherwise.

In March 2015, a consumer activist who runs the CAMcheck blog that reports on misleading claims made by consumer goods providers, was forced to move his website offshore following a take-down request made by sports supplement company USN for content described as “unsubstantiated and defamatory”.

According to Section 78 of the Electronic Communications and Transactions Act (ECTA) 2002, ISPs are not obliged to monitor the data they transmit or to actively seek facts or circumstances indicating an unlawful activity. Service providers are, however, liable for failure to comply when issued with takedown requests from users as provided under Section 77 of the Act.

It is thus no surprise that Hetzner, the CAMcheck blog web hosting provider, also a member of the South Africa Internet Service Providers Association (ISPA), complied with the take down request.

Also in March 2015, the Film and Publication Board (FPB) gazetted a Draft Online Regulation Policy, 2014, which contains clauses that have the potential of blocking online content – including films, games and certain publications – prior to publication.

The regulations require that anyone wishing to publish or distribute such content has to first acquire a digital publisher’s online distribution agreement with the FPB, after paying a subscription fee. Once paid, the publisher would have to submit the content to the FPB for classification prior to publishing.

The FPB has the mandate to regulate the creation, production, possession and distribution of films, games and certain publications by way of classification, to protect children from exposure to disturbing and harmful material and from premature exposure to adult material and to criminalise child pornography and the use and exposure of children to pornography.

The Draft Online Regulation Policy states that, the policy, “read with the Online Regulation Strategy and the ECT Act Amendment Bill, will also ensure that classification focuses on media content, rather than on platforms or delivery technologies.”

However, civil society organisations have criticised the draft policy, stating that they are “effectively a specific form of pre-publication censorship, which is not acceptable.” They also add that the time spent on the pre-classification of content would undermine one of the most valuable traits of the internet – its immediacy.

Further concerns about the new regulations include the exclusion of content by parties unable to pay the fees required and thus a potential limitation on the diversity of online content.

But online content censorship is not new in South Africa. In 2012, “The Spear”, a controversial painting by Brett Murray which depicted President Jacob Zuma with his genitals exposed, was published on the City Press website – a daily newspaper. President Zuma and the African National Congress Party obtained an order for the removal of the image from the website of City Press on the grounds that it was unfit for viewers under the age of 16, according to classifications by the FPB. The Goodman Gallery (where the painting was displayed) approached the FPB Appeal Tribunal which found that the ruling in favour of the injunction was incorrect. The City Press nonetheless removed the image from its website.

Meanwhile in the first quarter of 2013, the South African Counter Intelligence Agency made a content removal request to Google for a blog post that was ‘allegedly infringing copyright by criticizing a media release that the agency had issued.”

Although this request was denied, past incidents together with recent developments in the country bring to the fore the crucial online freedom issues of intermediary liability and freedom of expression.

In its 2014 State of Internet Freedoms in South Africa report, the Collaboration on International ICT Policy for East and Southern Africa (CIPESA) highlights these gaps. It states that the absence of detailed provisions in the guidelines for recognition of industry representative bodies of ISPs “creates a situation where ISPs are not free to establish any ’notice’ or ‘notice and put-back’ mechanism, which would allow the user to respond to the allegations of infringement or, respectively, to provisionally restore the allegedly infringing content.”

The ECTA Amendment Bill of 2012 attempts to address some of the existing gaps by introducing Section 77A, which provides consumers with the right to be heard by ISPs before a takedown notice is enforced. However, this section still has limited provision for a user to respond to the allegations of infringement or to provisionally restore the allegedly infringing content. ISPs are merely required to respond to a “first take-down notice” within 10 business days (lesser days if the complainant can demonstrate irreparable or substantial harm).

The 2014 report calls for a review of South African legislation that is applicable to online freedom, specifically pointing out the need for immediate revision of the Films and Publications Act.

The report also recommends increased dialogue between civil society and policy makers to progressive law reforms, including a review of legislation that have actual or potential chilling effects on internet freedom.

Next: Building Local Online Content Through The Creative Industries in Africa