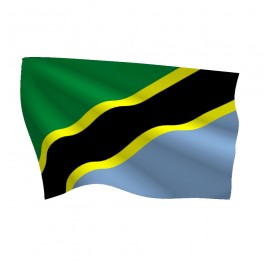 By Juliet Nanfuka
Tanzania’s port of Dar es Saalam is one of the landing stations of the Eastern Africa Submarine Cable System (EASSy). However, the country’s internet penetration rate is relatively similar to those of its landlocked neighbours such as Uganda and Rwanda. A total of 9.3 million people of the population of 45 million accessed the internet in 2013. The country has a teledensity of 61 phones per 100 inhabitants, which translates into 27.6 million mobile subscriptions.
In a fast changing socio-political, economic and technological landscape, the extent of freedoms enjoyed by Tanzanian citizens both online and offline is being stunted by government practices and colonial laws.
In June 2014, British owned telecommunications company Vodafone, which operates locally as Vodacom, disclosed that in 2013 the government of Tanzania made 98,765 requests for local subscribers’ data. According to the firm’s Law Enforcement Disclosure Report, this was the highest number of government requests made among the eight African countries where it operates. It should be noted, however, that Vodafone could not publish the requests made by Kenya and South Africa due to legal restrictions.
The company also disclosed that it had not implemented the technical requirements necessary to enable lawful interception of communications in Tanzania and had not received any demands from authorities for interception assistance. However, the country’s Prevention of Terrorism Act 2002 requires service providers to “intercept and retain a specified communication or communications of a specified description received or transmitted, or about to be received or transmitted by that communication service provider” for purposes of obtaining evidence of commission of terrorism-related offences. This law permits the admission in court of information sourced through interception.
While the 2002 law makes it permissible for the state to snoop on citizens’ communications, other laws dating as far back as the mid 1970s constrain transparency and citizens’ access to information. The National Security Act of 1970 makes it a punishable offence to investigate, obtain, possess, comment on, pass on or publish any document or information which the government considers classified.
Another Act dating from the same era is the 1976 Newspaper Act, which gives authorities powers to “exclude” any newspaper from operation in the “interest of the public”. In a 2012 case, the MwanaHalisi newspaper was banned indefinitely on allegations of publishing two seditious stories claiming that state intelligence officers were involved in the kidnapping and torture of a national strike leader. More recently in 2013, two other publications – the Mwananchi and the Mtanzania- were banned both offline and online for two weeks and three months respectively on instructions of the Directorate of Information. This followed accusations of publishing content aimed at provoking discontent between the government and public.
Although the country’s constitution provides for access to information, freedom of expression and assembly and the right to privacy, the existence of laws that sternly limit publication of government information and support interception of communications raises concern over the country’s online freedoms credentials. Besides, the absence of data protection and privacy laws to safeguard citizens’ information collected as part of mandatory subscriber registration makes online users’ vulnerable to state interference.
Nonetheless, recent government announcements of the drafting of three laws – the Cyber security Act, Data Protection Act and the Electronic Transacting Act – come as a positive step for the country in fighting cybercrime and promoting internet freedoms.
While these steps indicate some appreciation of the complex relationship between data protection and online freedom, there remain many uncertainties about free speech and press freedom in the face of interception, draconian and unclear laws, and harsh penalties – especially with vague state transparency.
Read more on the practices, legislative environment, and threats to online freedoms in Tanzania in the 2014 State of Internet Freedom in Tanzania Report prepared by CIPESA.