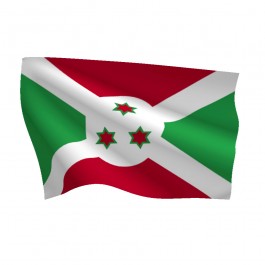 Since the liberalisation of the telecommunications sector in 1997, Burundi has seen a consistent growth in mobile phone penetration, which in 2012 stood at 26 mobile phones per 100 users. Some 1.2% of the population has access to the internet, mostly through mobile phones. Whereas these access rates are much lower than in most East African countries, unlike Ethiopia which has a single telecommunications service provider [See State of Online Freedom in Ethiopia], Burundi has eight, including a state-owned entity.
Like the other landlocked countries in the region, namely Ethiopia, Rwanda and Uganda, Burundi is faced with high internet costs due to the connections required to offshore fibre optic cables such as the Eastern Africa Submarine Cable System (EASSy).To support the growth of its telecommunications sector, the country has invested in the Burundi Backbone System (BBS) which is the national internet access infrastructure that currently covers eight of the country’s 17 districts.
Although the coverage is still in its infancy, the backbone system, which is financed by the government, the World Bank and four telecom operators – Ucom Burundi, Africell Tempo, Onatel and CBINE- is working to provide high speed internet at lower costs. Besides, there is the recent launch of BurundiX, the local Internet Exchange Point, which is also aimed to help further reduce access costs.
The National Communications Council (CNC) is tasked with regulating online and offline media in the country. It is mandated to ensure that citizens have access to balanced information and a diversity of opinions including political, social, cultural and economic opinion through the public media.
The CNC is meant to be a neutral entity. However, in May 2013, the Council ordered a 30 day shut down of the discussion forum of an online news publisher – www.iwacu-burundi.org.
The shutdown was as a result of comments posted on the site, which the CNC considered “defamatory against official institutions” and in contravention of the 2003 Press Law. The regulator said the comments constituted an “attack on national unity, public order and security, inciting ethnic hatred, defending criminal activity and insulting the head of state” according to the press law.
In similarity to the CNC in Burundi, the Uganda Communications Commission [See State of Online Freedom in Uganda], and the Rwanda Media Commission [See State of Online Freedom in Rwanda], have faced criticism for their roles in interfering with online freedom.
Freedom of the media and expression is provided for in Burundi legislation. However, with growing internet penetration, the country has adopted regressive laws and practices on communications. In January 2014, as a result of opposition calls for protests against proposed amendments to the country’s 2005 constitution, the communications regulatory authority issued a notice warning the public against transmitting SMS and anonymous calls that could fuel tensions. The regulator stated that it would work with service providers “on cooperation mechanisms in the traceability” of communications.
These recent events have created an atmosphere of uncertainty about the extent to which online and offline freedoms can be fully exercised by the media and citizens.
Like many of the countries studied in the State of Internet Freedom in East Africa Report, self-censorship by both the media and citizens in Burundi is applied to content shared in the online arena.
Read more on the status of the legislative environment, and threats to online freedoms in Burundi in the 2014 Internet Freedom in Burundi Report prepared by CIPESA’s OpenNet Africa.