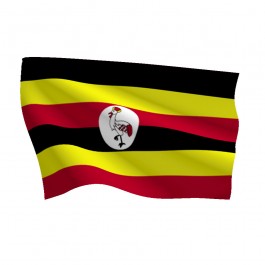 The Ugandan telecommunications sector was liberalised in 1998, resulting in an influx of service providers – there are currently four major mobile telecom operators and more than 30 Internet Service Providers (ISPs). The establishment of a Uganda Internet Exchange Point (UIXP) allows for local internet traffic routing, increased speeds and lower costs. The regulatory body reports a teledensity of 52 phones per 100 inhabitants and an internet penetration rate of 20%.
Ugandans have embraced social media as an alternative means of communication with their peers as well as for engaging with government. This is seen in the increase in the popularity of social networking sites such as Facebook, Twitter, LinkedIn, Youtube and Blogspot, which are ranked among the top 10 most visited websites in Uganda. As such the government has developed social media guidelines to aid its ministries, agencies and departments in communicating and engaging with citizens online.
However, as the telecommunications sector grows, so have the number of laws passed to regulate it. Some of these laws have drawn criticism from internet actors both locally and internationally due to their severity, infringement on human rights and contradictions with other existing legislation, including the constitution.

“No person shall be subjected to interference with the privacy of that person’s home, correspondence, communication or other property.”

The use of ICTs in Uganda is threatened by the very laws that are meant to both protect citizens and ensure their rights. The Regulation of Interception of Communications Act, 2010, the Anti-Terrorism Act No.14 of 2002, the Anti-Pornography Act of 2014 and the Anti-Homosexuality Act of 2014 have undercurrents of surveillance, content filtering, and monitoring.
Although these laws are guised under provisions aimed to protect national security or fight cybercrime, in effect they may serve to silence voices critical to the state. Ultimately, these provisions are resulting in self-censorship by both ordinary online users and the media.
Provisions in the Electronic Transactions Act of 2011 limit the liability of ISPs for users’ content and do not require them to monitor stored or transmitted data including for unlawful activity. However, other laws place ISPs at a cross roads of service provision and protection of subscriber information. They are required to lawfully release users’ data to state agencies for purposes such as fighting terrorism and cybercrime. Moreover, the Anti-Pornography Act (2014) requires them to monitor, filter and block content of a pornographic nature.
In the absence of a data protection and privacy law, just like other countries in East Africa (State of Internet Freedom in East Africa), users’ data is vulnerable to mishandling and abuse by the state and ISPs. These vulnerabilities are also transferred to the offline world where freedom of expression and assembly have not been spared as seen in the limiting provisions under the Public Order Management Act, 2013.
It should be noted that the Ugandan government recently announced plans to draft a Data Protection and Privacy Bill. This is a positive step toward the protection of personal information and its use by the government and the private sector.
Read more in the 2014 Internet Freedom in Uganda Report prepared by CIPESA under the OpenNet Africa initiative. The report provides a status of the legislative environment and threats to internet freedoms in the country.