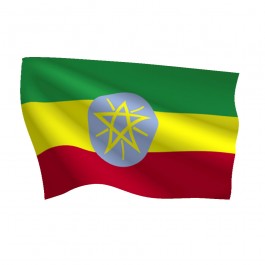 As a country with one of the lowest levels of ICT use in Africa, Ethiopia’s online presence is further hampered by regressive laws on surveillance and interception of digital communications. The country’s sole service provider, the state-owned Ethio Telecom, makes it easy for government to monitor and control citizens’ communications.

Unlike Ethiopia, all the other countries in the East African region have opened up their telecommunications sector to multiple players, which has contributed to increased ICT access levels. See table below indicating number of service providers per country in East Africa.

Ethiopia like other countries in East Africa [See Regional summary],has passed numerous laws that contradict its constitution in the areas of free speech, privacy and freedom of expression online

“Everyone has the right to freedom of expression without any interference. This right shall include freedom to seek, receive and impart information and ideas of all kinds, regardless of frontiers, either orally, in writing or in print, in the form of art, or through any media of his choice.”

Article 29 of the Ethiopian Constitution

Laws that pertain to the media, anti-terrorism, and telecoms fraud do more to detract from the rights of citizens than they do to protect them. These laws also give overwhelming powers to state organs to interfere with citizens’ online freedoms, with limited judicial or legislative safeguards. The overbearing mandate held by the Information Network Security Agency (INSA) and the National Intelligence and Security Service (NISS), allows for rampant invasive monitoring and surveillance of mobile networks and internet, mainly targeted at those known or perceived to be critical of the one-party regime. This has prompted widespread self-censorship among online users as the penalties are tough.

The law restricts the use of voice-over-internet protocol services such as Skype and Google Talk, which undermines citizens’ internet rights and reinforces the position of the sole service provider.

The government justifies these stringent controls on the telecoms sector and the affronts to online freedoms to a need to prevent threats to the country’s socio-economic progress and political stability. Most recently, on April 25, 2014, six bloggers of the independent activist group ‘Zone 9’ and a prominent Ethiopian journalist were arrested for allegedly working with foreign organisations and rights activists through “using social media to destabilise the country.” See article here. The group, which has a strong following on social media, had temporarily suspended their activities earlier this year after accusing the government of harassing their members.

Although the National ICT Policy of 2009 lists encouraging public participation in political processes among its objectives, it offers no protection to those who criticise the state nor does it stipulate the ways in which ICT can be used by citizens monitoring governance and transparency.

The Internet Freedom in East Africa Regional Summary Report indicates a growing demand for internet services throughout the region, but for Ethiopian citizens, the monopoly by Ethio Telecoms and rampant intrusion into citizens’ communications severely limit citizens’ internet freedoms.

Read more on the status of the policies, legislative environment, and threats to online freedoms in Ethiopia in the 2014 Internet Freedom in Ethiopia Report prepared by CIPESA as part of the OpenNet Africa initiative.

Next: Internet Freedom in Rwanda – A State of Monitored Media