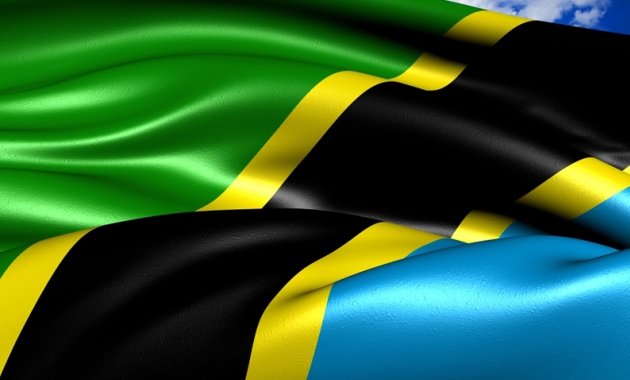 By Gasirigwa G.S |
As the 25 October general election draws closer in Tanzania, journalists have been urged to be impartial in their reporting. Many have also taken steps to ensure that their digital communication is not compromised particularly when seeking information during the electioneering period.
In August, the Media Institute of Southern Africa (MISA) Tanzania Chapter, in partnership with the Collaboration on International ICT Policy for East and Southern Africa (CIPESA) organized two training workshops on access to information with special focus on digital safety for Media practitioners in Tanzania. A total of 40 journalists (13 women and 27 men) from Geita, Mara, Mwanza and Dar es Salaam received practical digital safety skills against a backdrop of discussion on the Access to Information and Media Services bills as well as the recently passed Cybercrime Act 2015 and Statistics Act, also of 2015..
The objective of the workshops was to enhance knowledge and skills of selected media personnel in various outlets in order to enable them to access relevant information, cover and report  factually and responsibly during the 2015 general election.
Participants most of whom had no prior knowledge of what the proposed and enacted laws entailed had the chance to discuss and deliberate on how safely they can cover the ongoing campaigns and the October elections without falling on the wrong side of the laws.
In February, the government of Tanzania attempted to table and pass the Access to Information (ATI) and Media Services bills under certificate of urgency. The attempt was blocked by media and access to information activists under the Coalition of Right to Information (CORI) with support from Members of Parliament.  Tabling the bills under certificate of urgency meant that they would be passed into law without stakeholders review and input. CORI argued that the bills were draconian and shouldn’t be passed without earnest consultations with stakeholders.
The proposed access to information bill contains a number of provisions which are contrary to the country’s 1977 Constitution. Section 2 (4) of the bill states: “Nothing in this Act shall limit or otherwise restrict any other legislative requirement for a public authority to disclose information.” Under this provision public authorities could continue to withhold information despite the fact that the law is aimed at promoting information availability in the public domain.
The Bill further exempts the disclosure of certain information, placing vague restrictions on information which may: undermine national security; is likely to impede due process of law or endanger safety of life of any person; undermine lawful investigations being conducted by law enforcements agencies; and “significantly” undermine the operations of Tanzania Broadcasting Corporation (Section 6).
Other proposed provisions carry even wider violation of right to information. For example, Section 18(1) of the Bill states that “Information obtained by a person requesting from the information holder shall not be for public use”. Any person who contravenes this provision commits an offence and shall, upon conviction, be liable to imprisonment for a term not less than five years.
In a separate move, the government tabled and passed into law the Cybercrime Act and Statistics Act under certificates of urgency, making them operational as of September 1, 2015.
For its part, the Cybercrimes Act among many other things, criminalizes and penalizes the publication of “information, data or facts presented in a picture, texts, symbol or any other form in a computer system where such information, data or fact is false, deceptive, misleading or inaccurate”. Offenders are liable for at least six-months imprisonment and/or a fine of Tanzania Shillings (TZS)3 million (USD 1,380). The law also provides for at least three years in prison and/or a fine of at least TZS 10 million (USD 4,600) for publication of materials that incite, deny, minimize or justify acts that constitute genocide or crimes against humanity.
Regarding the initiation of transmission or re-transmission of unsolicited messages, the Cybercrimes Act provides for at least one year in prison and/or a fine of TZS3 million (USD 1,380) or three times the value of any undue advantage gained, whichever is higher.
The workshops were eye openers for many who stated they were not aware that several programmes and news items being run could potentially violate new laws. An editor expressed concern on content previously published which might be in contravention to the Cybercrimes and Statistics Acts and “could get us into trouble with the law.”
Moreover, the government through Tanzania Communication Regulatory Authority (TCRA) introduced the Subsidiary Legislation known as the political broadcasting services Code of 2015. The Code was gazetted in June this year and communicated to media owners in a seminar organized by TCRA. The code, which is not available in softcopy has serious implications on electronic media (Radio, TV and Social Media) during reporting of election issues.
The workshops served as opportunities to familiarise journalists with the recently passed laws and tabled bills. During the proceedings, journalists were also reminded that although the Media Services and Access to Information bills were not passed by parliament, the Newspaper Act of 1976 remained operational and media practitioners remain bound by it.
“I didn’t not know about this Broadcasting Code, TCRA summoned us bloggers to a meeting and made us sign a document that we were told was just guidelines for media and online users. They never told us we were signing our own jail warrants”, added Geofrey Adroph, photographer and blogger.
In light of the new and existing laws, the workshops and interactions made participants revisit ethical considerations and reporting guidelines in the run up to, during and after the elections.