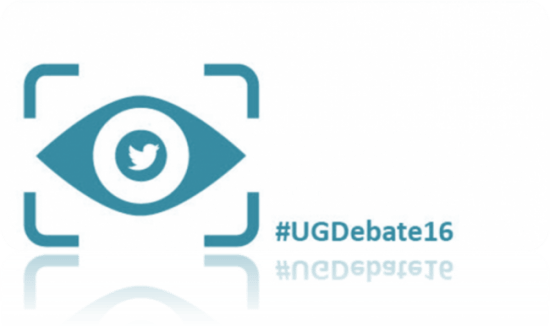 By CIPESA Writer |
The 2015/2016 electioneering season in Uganda set a precedent in the use of social media as a means for politicians to reach out and engage with citizens. It was the first time in Uganda that a candidate announced they would run for President via YouTube and also saw candidate Yoweri Museveni (the incumbent) seek out a more tech-savvy media team to keep abreast with the widening channels of civic engagement.
While some of the candidates maintained personal Twitter accounts and actively engaged in the online conversations, others remained dormant, although they had Twitter accounts.
In partnership with Outbox we present the first of a three-part series into the key themes shaping the online conversation of Ugandans during the electioneering process.
The report explores the level of Twitter activity, interaction and conversational trends with specific focus on the #UgDebate16 hashtag during the 1st presidential debate held on January 15, 2016 and 2nd debate, which was held on February 13, 2016. During both debates, the hashtag trended locally and gained popularity as far as South Africa.
See the full report here: Analysis of Twitter Activity During the 2016 Presidential Debates in Uganda – Monitoring Uganda Elections Series 01 #UgDebate16