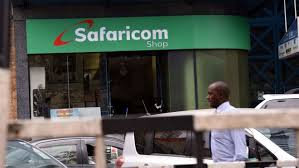 Ethiopia, one of the world’s last closed telecommunications markets, has been liberalised. On May 22, 2021, the Ethiopian government announced that a new telecommunications license had been awarded to the Global Partnership for Ethiopia –  a consortium comprising Kenya’s Safaricom PLC, Vodacom Group, Vodafone Group, the United Kingdom’s development finance institution CDC Group plc, the Japanese-owned Sumitomo Corporation, and the Development Finance Corporation. The award is likely to boost quality of service provision and promote access to information online, in the historically troubled country.

The newly licensed operator will compete with the state-owned Ethio telecom to serve the country’s population of more than 100 million people. Currently,  the country has low connectivity rates, with internet penetration standing at 20% and mobile phone penetration at  38.5%. Earlier in May 2021, Ethio telcom launched a mobile phone-based financial service, Telebirr, to boost the digital economy by offering cashless transactions as an alternative to an inefficient banking system. The Huawei built Telebirr is likely to face off with MPesa – the mobile banking system pioneered by Safaricom 14 years ago, whose popularity has seen it being adopted by multiple other countries and has served as a key enabler of increased financial inclusion in Kenya and beyond.

The liberalisation of Ethiopia’s telecommunications sector is part of the country’s ongoing reforms to promote social, political and economic development. Reform efforts under the premiership of Abiy Ahmed have included the release of prisoners and dropping charges against opposition actors and activists. Further, efforts have been made to reconnect mobile and broadband internet services disrupted since 2016, including reinstating access to 246 websites, blogs, and news sites that were inaccessible for an extended period of time.

Abiy was shortlisted for a Nobel Peace Prize within a year of his leadership. He went  on to win the prize in October 2019. The commitment to reforms saw Ethiopia jump 40 places up in the World Press Freedom Index in 2019 and the country also hosted the May 2019 commemoration of World Press Freedom Day. A few months later, the Ministry of Innovation and Technology partnered with the Collaboration on International ICT Policy for East and Southern Africa (CIPESA) to host the 2019 edition of the Forum on Internet Freedom in Africa (FIFAfrica), a landmark convening of digital rights actors from across the continent and beyond.

However, the various positive strides are marred by actions in response to ongoing ethnic conflict. The Tigray region in the north of the country, which is currently the epicentre of the conflict, has experienced government-initiated blocks on communications, including internet access and voice calls. Meanwhile, prosecution and persecution of the media and human rights activists alongside state-sponsored disinformation propaganda in the context of the conflict is eroding the initial press freedom and governance gains.

On the policy front, in March 2020, Ethiopia enacted a new Proclamation on hate speech and disinformation, which weighs heavily on social media users and intermediaries, with hefty fines and long jail terms for offenders. Critics have argued that the proclamation undermines free speech, especially as it was passed just months before the general election, which was set to take place in August 2020. Due to the Covid-19 pandemic, the elections were rescheduled to take place in June 2021 and will likely mark a key test for democratic reforms in the country.

Indeed, the autonomy of the newly licensed private operator during the upcoming elections and any periods of public unrest is one to watch. Indications from other parts of the African continent are grim – government overreach in intermediaries operations remains a threat to citizens’ rights, political engagement and economic activity.

See this State of Internet Freedom in Ethiopia report which mapped 20 years of Government internet controls in the country.

Moreover, Ethiopia has traditionally used Ethio telecom to monitor and control citizens’ communications, a scenario it may try to replicate with the new licensee. It remains to be seen whether the new licensee will be ready to resist any illegitimate actions by state agencies to impede citizens’ access to digital information and platforms.