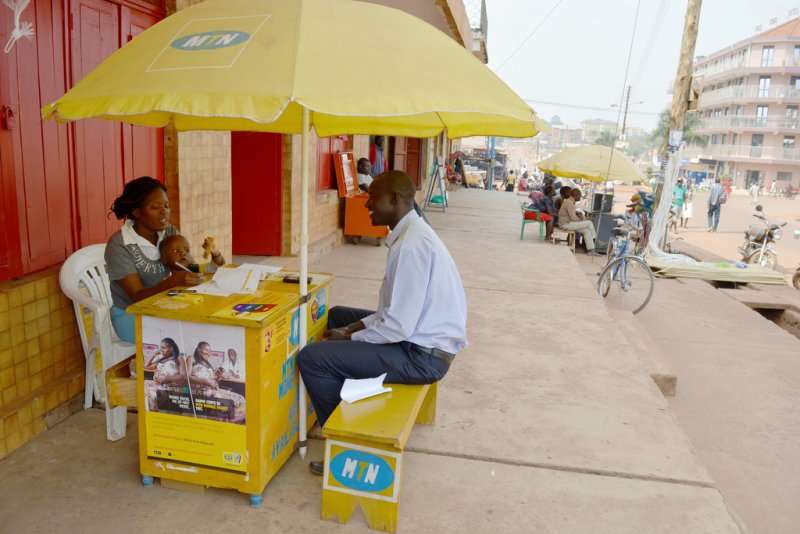 By Juliet Nanfuka |
On May 30, 2018, Uganda’s parliament passed the Excise Duty (Amendment) Bill 2018, which will see users of Over-The-Top (OTT) services that include messaging and voice calls via Whatsapp, Facebook, Skype and Viber pay a mandatory fee of UGX 200 (USD 0.05) per day of use. In another move that could hit affordability, stifle innovation, and undermine the role digital technologies play in socio-economic transformation, the amendment will also introduce a one percent fee on each mobile money transaction. However, it remains unclear how the tax on social media use would be collected.
The amendment bill was first introduced last April and was met with criticism over the new taxes, which many observers believe would make Information and Communication Technologies (ICT) inaccessible to majority of Ugandans. The taxes were proposed in response to a letter president Yoweri Museveni wrote to the finance ministry wherein he stated that the government needed resources “to cope with the consequences” of social media users’ “opinions, prejudices [and] insults”. Without mentioning mobile money, Museveni proposed a levy of UGX 100 (USD 0.025) per day per OTT user, but proposals by the finance ministry, since passed by parliament, doubled this figure.
Further, days after parliament passed the amendments bill, the finance minister reportedly stated that the tax rate on mobile money transactions should be 0.5% and not 1% and suggested that the bill could need revisiting.

Finance minister tells the press that he is surprised the 1% tax on mobile money slipped through parliament. He adds he was out of the country when it did. He says it should be 0.5% #NBSUpdates

As of September 2017, Uganda had an internet penetration rate of 48%. Meanwhile, there were 23 million mobile money subscribers in a country of 37.7 million people, and their more than 340 million transactions during the third quarter of 2017 alone totalled UGX 18.1 trillion (USD 4.7 billion).
Mobile money has been a primary avenue of financial inclusion particularly for the unbanked. According to the Bank of Uganda, in 2015, only 16% of the population had a bank point of service within one kilometre of a home, whereas 54% of the population had a mobile money point of service within one kilometre.
Meanwhile, social media has served as many users’ initial entry point to internet use in many developing countries such as Uganda. This is among the reasons why OTT packages have been popular with telecommunications companies as tools to attract more clients. Introducing taxes on the use of these platforms could therefore negatively impact local content development and civic participation tools that rely on these services.
The proposals passed by Uganda’s parliament also include raising tax on airtime on cellular, landline and public payphones from 5% to 12% and the increase on the tax on mobile money transfers from 10% to 15%. .
The passing of the bill attracted various reactions on Twitter:

The Act will come into force starting 1st of July 2018 as per the bill. Does this mean that the enabling policies will be ready? pic.twitter.com/EmjOahnAba

The "WhatsApp tax" is causing a lot of confusion in Uganda, where people are wondering how exactly it will be implemented: https://t.co/BUUDKAYEFF pic.twitter.com/8iH7rJnMBS

In 2016, social media and mobile money services were shut down twice during the electioneering period.

One more thing, @UCC_Official should never shut down social media during elections because we are going to be paying #SocialMediaTax .

As a result of the shutdown of social media platforms, Virtual Private Networks (VPNs) became popular as users sought alternative avenues to remain online. There were no alternatives for mobile money users but the impact of the shutdown was felt by mobile money service providers such as the Airtel Uganda mobile money platform which at the time was  used by around 650,000 unique users per day and processed around 30 billion Ugandan shillings (USD 8.8 million) according to FSD Uganda.
At a private sector dialogue hosted by the Collaboration on International ICT Policy in East and Southern Africa (CIPESA) a day after the passing of the bill, participants noted that the move to tax mobile money services could potentially force users to explore other alternatives for transactions, including reverting to cash or to new financial transaction models such as blockchain which is emerging as a  potential alternative avenue for financial transactions in Uganda.

I never used Mobile Money that much until my bank introduced a system that allowed me to send money from my account to my phone. I have a trusted boda guy who can deliver cash anywhere so I will transact less generally with the new tax. #MMTax

Uproar in Uganda as the gov passes legislation to tax mobile money transactions at 1% and social media usage at 200 USh per day! Those with less of course get hit the hardest paving a way for crypto adoption #Blockchain
@DalaFoundation #Accessforall https://t.co/ATfEsMcdiT

According to a 2017/18 Uganda National Information Technology Survey, social media platforms including OTT services are some of the popular avenues through which civic engagement has been pursued by the state. It remains to be seen how access to government services will be incorporated in the new tax model.

As we debate social Media taxes lets not forget Govt as well is going to pay social Media taxes thru its MDAs/officers bse they also use social platforms 4 some their work & govt is likely to be the biggest contributor to the social media taxes. #NBSMorningBreeze#SocialMediaTax

With the taxation expected to come into effect as early as July 1, 2018, uncertainty remains over whether, if signed into law by the president, the tax would be executed given the limited public consultation and the absence of guidelines.

According to data from the IER 2011, the 51 mobile money deployments in Africa as of April 2011 are creating new opportunities for small businesses to access financial services. The real time money transfers and payment transactions are enabling small enterprises to better manage their cash flow and speeding up the delivery of goods and services.

Furthermore, the platform through mobile phones is proving an incentive for lenders to process and administer small loans to small businesses at low costs. Traditionally, MSEs are poorly served and extended credit by lending institutions.

Musoni, a Micro Finance Institution (MFI) in Kenya, is cited as the world’s first MFI to rely entirely on mobile money for both disbursement and collection.

Also in Kenya, Orange Money, fourth in a market dominated by Safaricom’s M-PESA, is offering mobile money services in partnership with Equity Bank. Orange’s Iko-Pesa is linked directly to a bank account and allows consumers to load and send money, and to deposit it and withdraw it into/out of their Equity bank account. In addition, customers are able to apply for, process and receive loans, via their mobile phones.

IER 2011 stresses that mobile money systems can be further tailored to suit the needs of small businesses. The challenges of interoperability across different mobile operators, security, transaction limits and cross border transfers can be addressed by governments enacting appropriate legislation and regulations. Acknowledging that developed countries have limited experience in mobile money systems policy design and implementation, UNCTAD recommends dedicated research and a “test and learn” approach. This way, governments and their central banks could observe market developments and evolve their laws and policies.