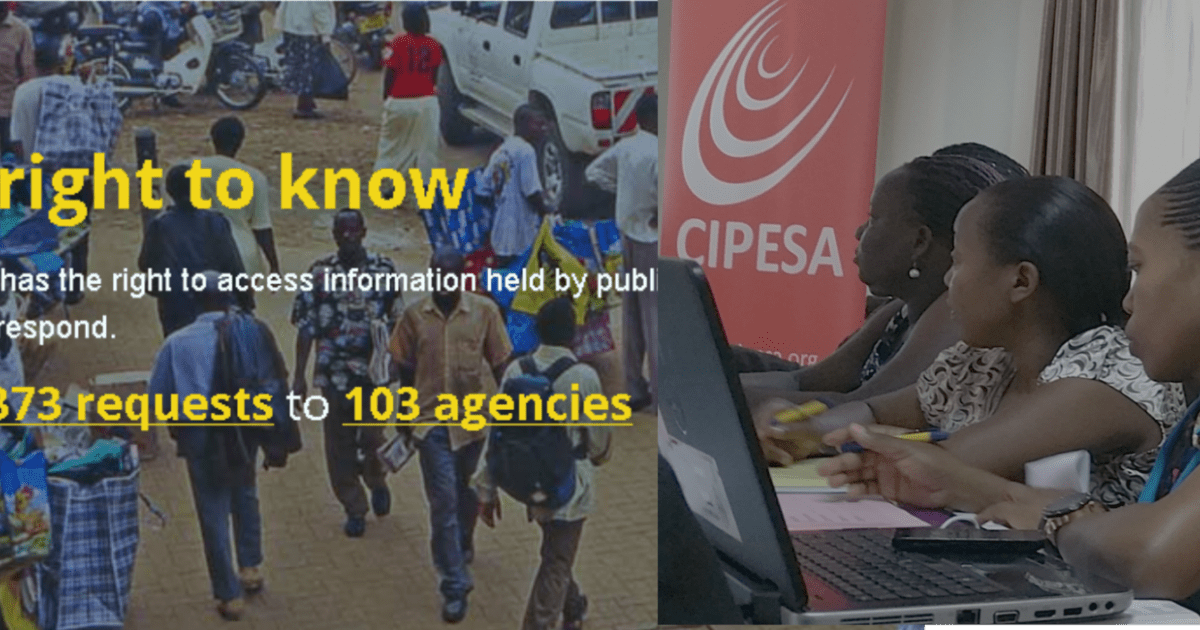 By Juliet Nanfuka |
Goal 5 of the Sustainable Development Goals is to ensure women’s full and effective participation and equal opportunities for leadership at all levels of decision making in political, economic and public life. Access to information is necessary in advancing gender equality and women’s participation in governance processes.
Accordingly, the Collaboration on International ICT Policy for East and Southern Africa (CIPESA) is undertaking a series of engagements to create awareness of the right to information law in Uganda and the avenues through which women’s rights organisations can exercise this right to empower women in the country.
At a training on November 11, 2016, 12 representatives from women’s organisations discussed the relationship between women’s rights and the right to information with a focus on how to utilise Information and Communication Technology (ICT) to bridge the two rights. Specifically, SDG 5b calls for enhancing the use of technology, in particular ICT, to promote the empowerment of women.
Ashnah Kalemera, CIPESA’s Programmes Officer, noted that, “For the realisation of women’s rights and indeed many other rights in Uganda, the role that access to information plays should be better understood and should not be seen as exclusive of other rights such as non-discrimination, privacy and right to health.” She added that, “it is every citizen’s right to have access to information held by the state. However, this is challenged by the lack of awareness to demand information which would enable a more transparent and accountable state and ultimately citizens who can make informed decision on issues that affect them.”
“Every citizen has a right of access to information in the possession of the State or any other organ or agency of the State except where the release of the information is likely to prejudice the security or sovereignty of the State or interfere with the right to the privacy of any other person.” Article 41 of the Uganda Constitution
Training participants noted that the unavailability of information hampers  civil society organisations’ engagement on pertinent social issues, as they often cannot develop in-depth reports or make interventions to  empower women on the basis of strong evidence.
The use of ICT as an enabler of access to information has long been recognised by Uganda citizens and officials alike, however, platforms such as the online information request portal Ask Your Gov are providing an avenue for ordinary citizens and organisations with limited access or technical skills to request information . The portal allows for information requests submitted and responses given to be seen by anyone who accesses the website.
At the training, participants assessed information requests on the portal and their relevance to women’s rights and submitted information requests of their own. Loyce Mugisa from the National Association of Women Organisations in Uganda (NAWOU) said a highlight from the training was discovering “the amount of information available that we did not know about.” She added that she placed an information request on the portal and within a few minutes received a response from the land ministry. According to the law, public officials have 21 days within which to respond to an information request, which has often been cited “too long” to wait. “Encouraged” by the prompt response to her query, Mugisa has since sent a follow up question. See the interaction here.
Long held skepticism about the voluntary release of public information by the state has contributed to the poor use of the law. This is also due to conflicts with existing laws such as  the Official Secrets Act.
Nonetheless, participants at the training reported an enthusiasm about the applicability of the law in their organisations to serve women’s interests.
*Organisations represented at the training included Alliance for Women in Development, Eastern African Sub-Regional Support Initiative for the Advancement of Women (EASSI), Isis-Women’s International Cross-Cultural Exchange (Isis-WICCE),  National Union of Women with Disabilities (NUWD), National Association of Women Organisations in Uganda, Uganda Association of Women Lawyers (FIDA), Uganda Media Women’s Association (UMWA), Women’s Democracy Network (WDN Uganda), Women And Girl Child Development Association (WEGCDA), Women of Uganda Network (WOUGNET), and Young Women’s Christian Association (YWCA-Uganda),
CIPESA’s engagements on women’s rights and access to information are supported by the Association for Progressive Communications (APC).