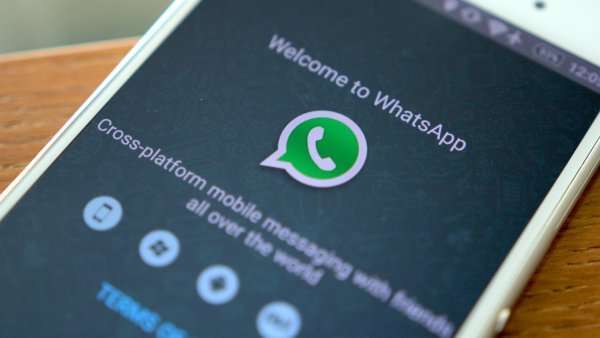 By Juliet Nanfuka |
Less than a week after the United Nations (UN) Human Rights Council declared that online rights must be protected and condemned disruptions to internet access, citizens in Zimbabwe became the latest victims of online communications shut down. Authorities in Zimbabwe shut down communications in the wake of protests against rampant corruption and misuse of state funds by Robert Mugabe’s regime, which has been in power since 1980.
Online campaigns initiated by frustrated Zimbabweans using hashtags like #MugabeMustFall and #ThisFlag have gained widespread popularity over the past weeks with the most recent #ZimbabweShutdown and #ZimShutdown2016 gaining momentum while calling for citizens to stay away from work. On Wednesday July 6, many streets in the capital Harare stood empty as the stay-in protest took effect, while online, despite the blockage of the popular instant messaging platform Whatsapp, citizens continued voicing concerns and sharing messages of solidarity. Service providers such as TelOnem, Liquid Telecom Zimbabwe, ZOL Zimbabwe, Telecel and Econet were amongst those who were reportedly pressured into shutting down access, which caused users to turn to circumvention tools in order to bypass the blockage.

#Zimbabwe's communications regulator has issued this warning which is a direct threat to Digital Freedom.⤵ @SZondi pic.twitter.com/ZlxHQZzzTZ

A notice issued by the Postal and Telecommunications Regulatory Authority of Zimbabwe (POTRAZ) stated that those who engaged in “irresponsible use of social media and telecommunications services” would be “arrested and dealt with accordingly in the national interest.”
Zimbabwe, which is ranked “partly free” by Freedom House’s Freedom on the Net report, has also over the years recorded dismal media freedom and digital rights records, including crackdown on critics and news outlets both online and offline. In April 2016, a senior government official said the country could take measures similar to China by entirely blocking access to certain content online.
In July 2014, an anonymous whistle-blower Facebook page, “Baba Jukwa”, was deleted under unclear circumstances following the arrest of a journalist for allegedly running the page. A bounty of US$300,000 had earlier reportedly been offered for revealing the name of the person behind the account, while  in January 2014, a Facebook user was arrested and charged for sharing a post alleging that the president had died. These actions have cultivated a culture of self-censorship among the Zimbabwean online community.
The UN resolution, which was passed on Wednesday July 1 by 70 states, stresses that human rights enjoyed offline, particularly with regards to freedom of expression, must be protected online pursuant to articles 19 of the Universal Declaration of Human Rights and the International Covenant on Civil and Political Rights. Countries that voted against the resolution included Bolivia, Bangladesh, Burundi, Cuba, China, Russia, Ecuador, India, Indonesia, the Republic of Congo, Kenya, Russian Federation, Saudi Arabia, South Africa, Qatar, United Arab Emirates and Venezuela and Vietnam. Some countries including Algeria, Cote D’Ivoire, Ethiopia, Kyrgyzstan and Togo chose to abstain from voting on the resolution.
The Zimbabwe government’s stance on the use of social media comes as no surprise as an increasing number of shutdowns have been documented in African countries in recent months.
*Whatsapp was restored after four hours of disruption 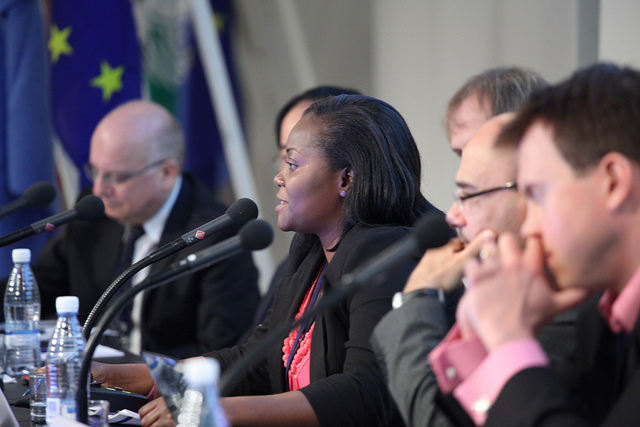 By Lillian Nalwoga
At the end of May, Finland hosted an international conference to discuss ways of improving eGovernment programmes. In particular, the conference attended by Government Chief Information Officers (CIO) and other officials from across the world reviewed the role of leadership in e-government development.
While noting immense advancements in eGovernment, particularly in the European Union (EU), delegates at the ‘Leading the way in eGovernment development’ conference highlighted numerous factors hampering effective implementation of eGovernment strategies both in developed and developing countries.
According to a May 28, 2013 European Commission press release (see: ‘eGovernment improving but citizens ask for more), almost half (46%) of EU citizens go online to look for a job, use the public library, file a tax return, register a birth, apply for a passport or use other eGovernment services. In addition, 80% indicated that using online public services saves them time, while 76% like the flexibility of the services and 62% said they save money when they use e-services.
Despite these positives, European governments still believe that public perception of governments and public institutions is still low and likely to worsen, stated the press release. Factors cited as constraining eGovernment included: inadequate capacity by some CIOs to implement eGovernment strategies, inadequate trust citizens have in some eGovernment systems, ineffective technological systems, inadequate open, transparent and collaborative efforts by governments, and limited availability of cross-border eGovernment services. According to the UN eGovernment survey 2012, for Africa and other developing regions, the above realities, in addition to the lack of e-infrastructure, mean that eGovernment remains at an elementary level.
Paul Timmers, Director of the Sustainable and Secure Society Directorate, DG Connect at the European Commission, noted that these challenges can be solved by governments’ smart use of new Information Communication Technologies (ICTs), adopting new processes and skills sets. In agreement, Ms. Henna Virkkunen, Finland’s Public Administration Minister, noted that ICT is a key element of every government task and new ways of using latest technology like cloud computing must be explored. Nonetheless, she cautioned that ICT should not be an end itself. Governments need to find ways to use inclusive technology in a manner that benefits them and their citizens, as citizens are demanding for better, user friendly and practical e-services.
In addition, governments also need to include third party users in the design, development and delivery of e-government services such as open data. Mr. Timmers remarked that the “market value of Open Public Data” in EU countries alone is estimated at 140 billion Euros. According to the Open Government Partnership, the market value of Open data can be realised in three main channels – business innovation (making scientific research works more accessible hence driving innovation capacity in fields such as pharmaceutics and renewables); business creation (creating a new market as business can build new innovative applications and eServices based government data); and business efficiency (business and public bodies contributing to ‘smart’ growth by becoming more efficient in tackling citizens’ and customers’ needs by gaining precise and completer insight into citizens’ and customers’ preferences and needs).
But how do governments build positive perceptions of their citizens toward eGovernment? Ian Goldin, Director of the Oxford Martin School and Professor of Globalisation and Development at Oxford University, stated that in order to achieve this, governments have to build trust in the systems; address user privacy concerns; play a stronger role in regulatory frameworks; involve youth and the elderly in digital government and invest in latest technologies as older ones become difficult to work with.
Besides advancements in eGovernment, conference delegates discussed global related concerns such as openness and freedom on the internet as well as data protection. They called for immediate government attention to protecting citizens’ rights while considering the opportunities and benefits of private sector companies that provide online services in the “networked” era where multi-national players like Google, Facebook, Twitter, Amazon, and Yahoo have their own rules on how to handle customer data.
Further, the conference called for common efforts in capacity building for e-government development; sharing best practices to learn from each other; strengthening ethical behaviour in governments to pave way for a culture of openness and the adoption of political will in practicing openness. Other suggestions included the EU issuing directives to all its member countries to open up public data as well as the UN adopting a global framework on promoting openness.
The conference, which took place on May 28–30, 2013, was organised by the United Nations Department of Economic and Social Affairs (UNDESA) and Finland’s Ministry of Finance in collaboration with the European Commission.
More information about the conference is available here.