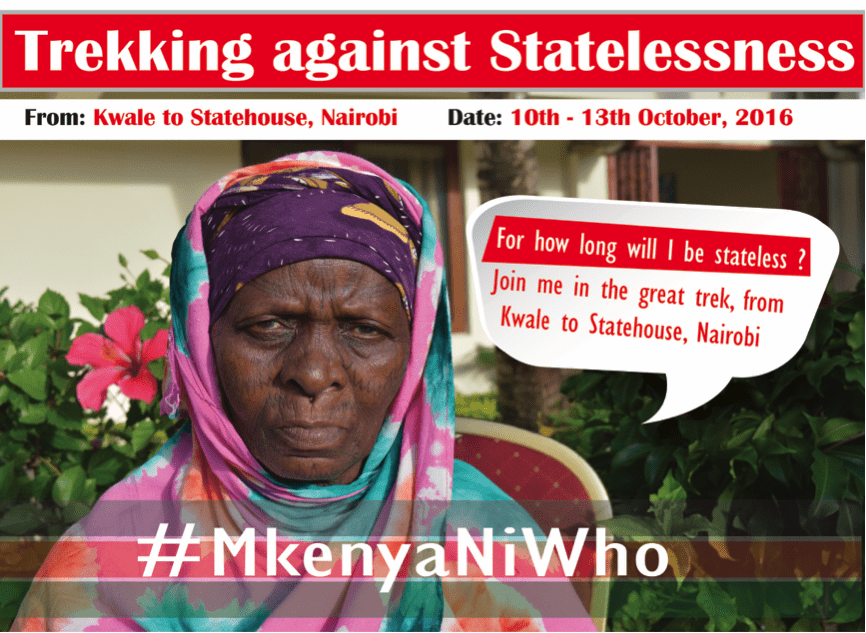 Tweet
By Ashnah Kalemera |
Human rights violations incidents are on the rise in Kenya with extrajudicial killings and police brutality among the cases reported recently. Social media has enabled quick reporting of such cases while also creating increased awareness of the reported incidents. Through a mix of Twitter, radio and physical engagements, the Kenya Human Rights Commission (KHRC) is improving its effectiveness in promoting human rights and documenting violations in the lead up to the 2017 national elections.
The commission is seeing success in mobilising citizens for protests and marches, as well as getting stakeholders to participate in debates related to human rights. Through quarterly Twitter chats, the KHRC is popularising various human rights issues and bringing to the fore struggles faced by communities that have little online presence and who have limited avenues for participating in community affairs.
A Twitter chat hosted in September 2016 to promote dialogue on governance and anti-corruption drew panelists from the Institute of Economic Affairs (IEA-Kenya), Transparency International Kenya, International Commission of Jurists (ICJ)-Kenya, Society for International Development and Kenya Association of Manufacture (KAM).
Another chat on insecurity (under the hashtag #InSecurityKE) hosted in July 2016 explored the causes of social insecurity, challenges faced in addressing it and proposals for over

coming those challenges. Panelists included the Kenya National Commission
on Human Rights, Amnesty International Kenya, Independent Medico-Legal Unit (IMLU) and ICJ-Kenya.
In another drive, the KHRC on October 10-13, 2016 mobilised 300 members of the Makonde community who live along the south eastern coast of Kenya for a walk dubbed “Trek against Statelessness”, from Kwale county to the capital Nairobi. The walk was in protest against the exclusion of the community from attaining formal national recognition and identity documentation. Several members of the Makonde community have lived in Kenya for about half a century after many of them immigrated from Mozambique.
Upon arrival at the State House, President Uhuru Kenya gave audience to the community and promised that all of the members would be registered as citizens. The registration process kicked off on October 24 and ended on November 10, 2016.
In the weeks leading up to the walk, among the channels utilised by the commission to mobilise participants were online platforms, with the hashtag #MKenyaNiWho (“Who is a Kenyan”) used to raise awareness of the Makonde community’s plight. Furthermore, a radio talk show was hosted on Citizen Radio for the Kwale Human Rights Network to discuss issues of registration of the Makonde community as Kenya Citizens.
Earlier in July, citizenship and statelessness, identity and belonging were also discussed at the Samosa Festival in Kenya. Among the key areas of discussions were the difficulties faced by Kenyans of Somali descent when applying for national identity cards and birth certificates in the northern part of the country. The discussion attracted members of parliament and members of communities that are struggling with the issue of citizenship.
Meanwhile, to support its efforts at grassroots level, KHRC has built the capacity of 14 Human Rights Networks (Hurinets) in four regions – Mombasa, Nairobi, Kisumu and Nyeri – to engage on issues of electoral governance and devolution including through social media. The beneficiary Hurinets included Kwale, Mombasa, Kinangop, Taita Taveta, Kakamega, Siaya, Migori, Nairobi, Makueni, Wajir, Nakuru, Nyeri, Kiambu and Isiolo. A total of 103 members of the networks (57% male and 43% female) have benefitted from the training.
The increased capacity of the Hurinets in Kenya to promote discussions on human rights issues in remote and rural areas where the Hurinets are based is expected to contribute to more issues being brought to the attention of local and national government primarily through social media. In 2015, the Midrift Hurinet in Nakuru County started #UwajibikajiMashinani “AccountabilityInRuRalAreas” hashtag campaign to get more citizens to deliberate on issues of accountability in the county. The Kwale Hurinet started #OkoaKwaleInitiative and “SaveKwaleInitiative” hashtag campaigns that asked Kwale county government leaders not to allow petty, personal differences to influence community decisions.
KHRC is a member of the ICT4Democracy in East Africa Network whose work is supported by the Swedish International Development Cooperation Agency (Sida) and the Swedish Programme for ICT in Developing Regions (Spider). The network is coordinated by the Collaboration on International ICT Policy for East and Southern Africa (CIPESA).
See also ICT4Democracy in East Africa Annual Report 2015 and using technology to advance human rights in Kenya.